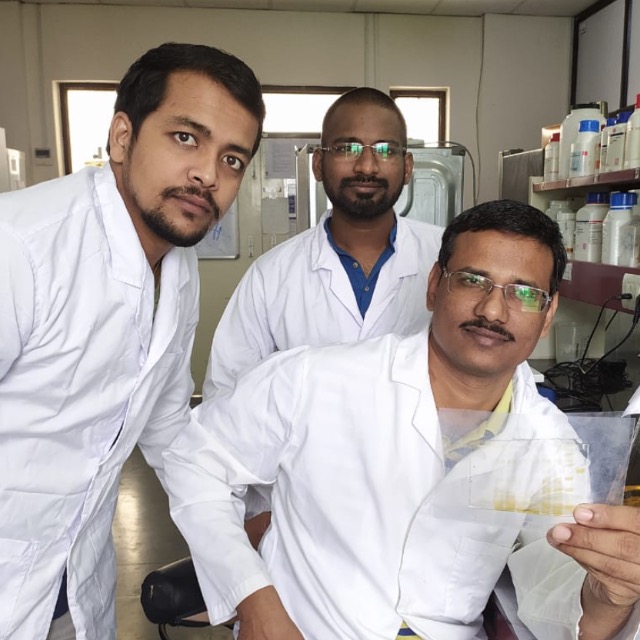 Findings by a team of researchers from UoH and NIN

Glucose is an essential nutrient for the cells, however excess glucose in the human body is implicated in several complications and damage to various organs including the kidney. It is known that diabetic patients have elevated blood glucose levels. Excess glucose non-enzymatically reacts with proteins and lipids and forms several toxic molecules known as Advanced-Glycation End-products, popularly known as AGEs which can alter the structure and function of biomolecules. Glycated hemoglobin, commonly referred to as HbA1c, is a good example of AGE. AGEs are believed to aberrantly activate cellular signal transduction and implicate pathology of diabetic complications including diabetic cataract, retinopathy, and nephropathy.

In a recent study, Dr. Anil Pasupulati’s group in the School of Life Sciences, University of Hyderabad (UoH) in collaboration with Dr. Bhanuprakash Reddy at the National Institute of Nutrition (NIN) to investigated the role AGEs in damaging the podocytes in the kidney which serve as gate-keepers to prevent protein loss into the urine. They have reported that glucose-derived AGEs activate Notch signaling in the podocytes. Notch signaling is necessary only during embryogenesis and this signaling remains inactive in adult kidneys.  It was shown that elevated blood AGEs, and HbA1c (glycated hemoglobin) correlate with activation of Notch signaling in podocytes from diabetic patients. Injection of glucose-derived AGEs into mice also resulted in the activation of Notch signaling in podocytes. Podocytes in which Notch signaling gets activated detach from glomeruli and are lost into the urine. Since enough number of podocytes are not there to prevent protein loss, these AGEs-injected mice developed significant proteinuria. Interestingly, inhibition of Notch signaling prevented AGEs mediated podocyte damage and prevented proteinuria. This study shows that AGEs impose undesirable effects on human biology, particularly they impair renal function. Furthermore, drugs that inhibit Notch activation could be a treatment option for patients with diabetic nephropathy.

This work is published in the British Medical Journal-Diabetes Research & Care (BMJ-DRC). Rajkishor, the lead author of this study is a final year Ph.D. student working in Anil’s laboratory at the School of Life Sciences, University of Hyderabad.

Citation of the publication:

Performance: An offering in the Yagna of Ranga-Karma