The second and concluding day of the AIEFS Biennial conference in the School of Economics, University of Hyderabad (UoH) had three special lectures and was well attended by faculty and students.

Prof Ganti Subramanyam, former director of National Institute of Bank Management, delivered a lecture titled ‘Need for Renewed Model-Orientation in Economics’. He focussed on crucial features that research scholars must bear in mind in developing an ideal model, suggesting researchers to exercise caution when employing models across different areas and not include many ad-hoc factors. The former director, who has served on several RBI committees, emphasized the importance of model-oriented approach to reality in order to have better interpretations.

Prof Sunil Kanwar from Delhi School of Economics delivering a lecture on Financial Market Valuation of Innovation in Indian Industry, discussed an interesting relationship between stock market valuation and innovation among manufacturing firms in India. Dr Kanwar revealed through his study that financial markets value the R&D capital created by Indian manufacturing firms, despite their mitigating aspects like lack of patents or unavailability of petty patents. He stated that the valuation of such local firms is at par with or even more than valuation of US-based firms.

Prof Sugata Marjit, Vice-Chancellor, University of Calcutta and RBI Chair Professor, Centre for Studies in Social Sciences, Calcutta, delivering a lecture on Poverty, Social Status and Development, spoke about the concern for relative status by poor people and how perception of social inequality has an impact on poverty. Dr Marjit argued that people are likely to accumulate more due to consciousness of their social status and compromise on nutritional intake as their focus shifts to social status-goods. 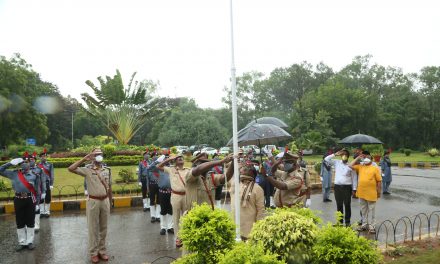