Alienation, the Social Contract, and the Commons

Speaking to jam-packed audience of students, faculty and staff, Prof. Bilgrami discussed the nature of alienation and how it figures in our social and political life. While established theories suggest that we derive values in the world, he presented that values are part of nature and are not something that we generate through our subjective notion.

It has been generally held that nature is what is defined and studied by natural sciences. But this is not the case as it is a mere superstition of modern societies. Understanding of nature from the perspective of natural science forms only a part of the nature. For example, values are part of nature but is not studied under natural science.

Liberty and equality are two central political ideas that got articulated in 18th century and further went through methodological and theoretical developments over time. It’s interesting that modern political system can’t have these two great ideas simultaneously as the received understanding of these concepts construe them as opposed to each other. Liberty was theorised in such a way that possession of property was part of the concept and the very same feature thus threatens equality creating the owners of property and those who are employed as workers on the property.

Prof. Bilgrami proposes to bring these seemingly opposite notions, namely liberty and equality together by making them the necessary condition for a more fundamental concept of ‘unalienated life’. In doing so, Bilgrami calls for a triadic transformation of the concepts of Liberty, Equality and Unalienated life.

Locke tried to justify the possession of private property by arguing that makes people better off than what they were prior to it. However, one could invoke the counterargument by suggesting that people were better off while these were part of the commons. The usual criticism of the commons is advanced by pointing out the “Tragedy of the commons”.

Occupational activities that involve many persons’ contribution and participation such as collective farming requires that every player participates. However, from pure personal incentive expectation, it’s never rational to cooperate. Such system works on the practice of “everyone pays, everyone gains” but it will not work when consideration of “if I pay and others don’t pay” comes into picture. Other alternative to save system from falling is to police and punish those who don’t comply with the contract.

Liberty is individual’s self-governance. Is there a way of developing individual liberty that is conceived non-individualistically? This follows from the notion of objective values which are properties of nature. In other words, values as properties of nature make some normative demands on us. Accordingly, liberty is reinterpreted by Bilgrami in a non-individualistic manner. This calls for adopting a larger view of the world than what is seen from purely an individualistic perspective, Bilgrami defines such a view that sees the world from all points of views and appraises demands of the world from larger point of views as the unalienated life.

Akeel Bilgrami is Sidney Morgenbesser Chair in Philosophy; Professor of Committee on Global Thought and Director of South Asian Institute, Columbia University, New York, USA. Bilgrami’s intellectual interest varies from the Philosophy of Mind and Language, Political Philosophy, Moral Psychology especially as they surface in politics, history, and culture. He has authored much acclaimed books such as Belief and Meaning (Blackwell) in 1992 and Self Knowledge and Resentment (Harvard University Press) in 2006. His has also published many essays on the moral psychology of politics, Gandhi’s philosophy, on religious and secular issues and so on. He also regularly contributes to TheNew York Times, The New York Review of Books, The Nation and other noted journals and newspapers. 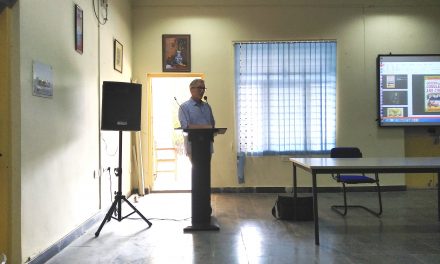