Listening post, an informal organisation initiated by the faculty of various departments at the University of Hyderabad recently organized a talk- Book Discussion on Shooting a Tiger.

Arvind S Susarla, Associate Professor at the Centre for regional studies, School of Social sciences opened up the session. Introducing what the listening post is all about he said “An informal initiative of the professors of the University of Hyderabad. This is a platform where the colleagues bring new ideas, a place where we share the work in progress. Today we have gathered to hear about a new book that has come out by one of our colleagues from the Department of History, Professor Vijaya Ramadas.”

Dr Vijaya Ramadas Mandala, Associate Professor at the Department of History has completed his Phd from the University of Manchester and had a stint at the Nehru Memorial Museum and Library, Delhi. After the formal introduction, Professor Arvind invited Professor Vijaya to discuss about his book in detail.

Introducing his book,”Shooting a Tiger” Professor Ramadas pointed out how this particular work differs from the other works on hunting. Even epics like Mahabharata and Ramayana talk of hunting. These texts and several others manifest hunting as ancient culture, though entirely aristocratic in nature.

This book locates “Shikar” as one of the central activities of the colonial government which helped them to consolidate their power and expand their empire. Hunting, which had continued till 20th century did so in two intervals. The hunting till 1850 was quite different from hunting that continued after 1850-1870. It was the arrival of British that changed the meaning of Hunting.

The first chapter of the book delineates the transition of Mughal India hunting to East India company hunting. Hunting as we see and understand today was not just a recreational activity during the Mughal era. The emperors were accompanied by Mansabdars and Commanders on hunts. Basically hunting was a way to survey the countryside, political boundary of the city. To determine whether the land was pasture land or arable land, what kind of wildlife is there etc. It was one of the ways to learn about the geography of a particular place Thus apart from cultural implications, hunting also acquired geographical and cultural overtones.

“Hunting as a metaphor of rule.”

But the practice of hunting was altogether used for a different purpose during the East India rule. Something called the ‘Hunting military paradigm ’was in play. Hunting, as a ploy was used by many British officers to subjugate the wild tribes and bring the forests under the company rule.
Basically the strategy was to earn the confidence of the tribes in their own way and gain access to the interiors of the forests. The older tribe people didn’t use much of hunting tools, it all comes down to the muscle power when hunting takes place in their region.

James Outram was one such British officer, who used his physical strength in defeating maneater tigers, which were a cause of worry to the local people. Such acts, where no modern machinery was used during hunting helped the tribal’s to associate with the British official as their own than that of the outsider.

Other such officials include John Malcolm the then Governor of Bombay, who used their hunting skills to display valour and earn them favour in situations of negotiation with the Maharaja and the Rajputana kings.

So hunting was intrinsic to the British administrative framework or functioning. This Professor Vijaya says is the history of the neglected history ,as there is no dearth of work on British rule but there is a certainly a gap when we try to look at this hunting history as important to administrative work.
The second chapter of the book explicitly talks about hunting on the hills. Here again we don’t have any less significant work done on hunting but there is not so much light thrown on hunting on the hills.

Further elaborating on Hunting as a hill sport Professor Ramadas took the listeners on an adventure ride.

“History of Doon valley. That time the British soldiers who were injured during war were sent to hilly regions due to their cool atmosphere. This was meant for the recovery of the soldiers.

It was an age of exploration. In the name of Hunting, cultural geography of the region was studied. Creation of Shimla and Ooty was done by the Britishers only. The Indian kings never explored those regions.”

The third chapter of the book talks about the recent sportsmanship associated with hunting. How hunting by British officials was different from hunting by the tribals. The officials followed a code of conduct –“First you fight alone but later on your brothers join in”.

One of the most important thing to keep in mind or rather say visualize in mind is that hunting was not just associated with certain fauna like tiger, deer, sambhar. A certain class of British officials, the elite ones were only allowed to hunt these fauna.

Other low ranking Britishers like judges, collectors had to resort to the hunting of ducks, wild boars. The hunting of ducks has in the past often lead to clashes between the local farmers and British officials.

Due to time constraints, Professor Ramadas concluded the discussion providing the audience with the details of the first three chapters. Though he did give a brief glimpse as to what the end of the book culminates into.

The talk was followed by Q and A session from the audience present. Professor Arvind thanked everyone and closed the session with a promise to meet soon. 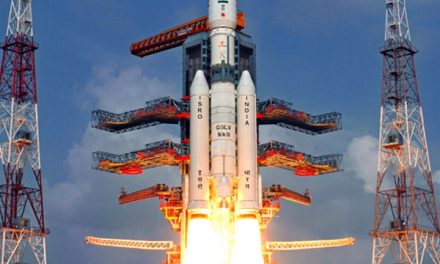