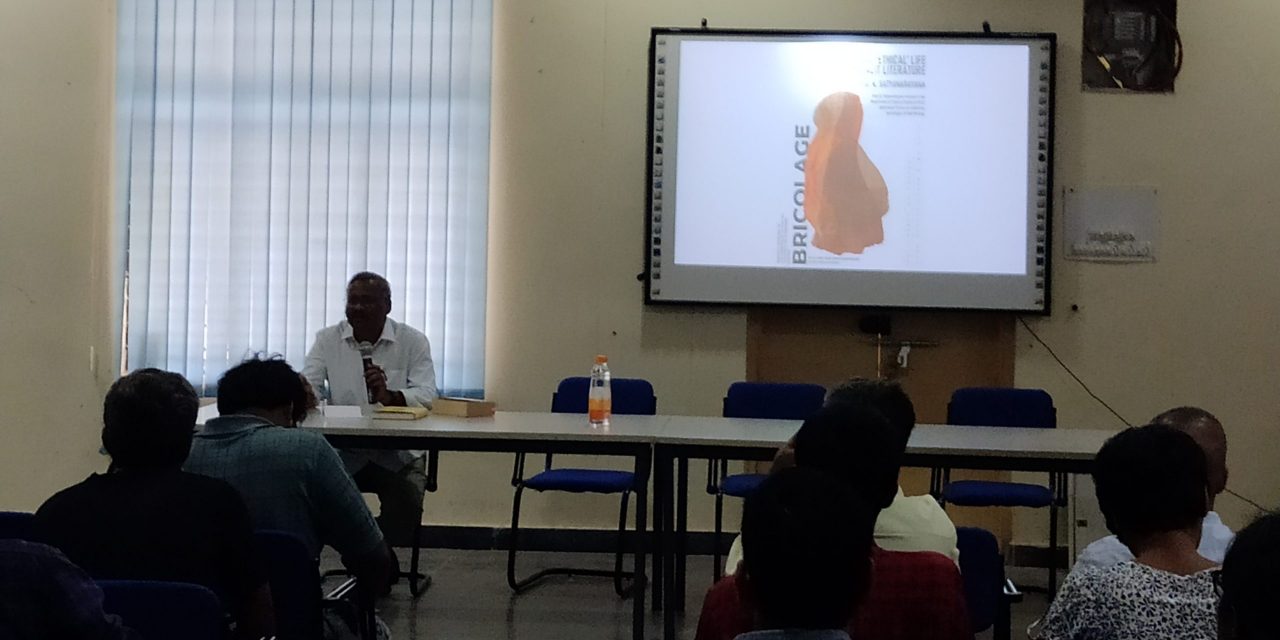 The sixth lecture of Bricolage – the interdisciplinary workshop/lecture series being organized by the Research Scholars of the Department of English, funded by the UGC-DSA-II was held on 11 March, 2020 at the ASIHSS Hall, School of Humanities. Professor K. Satyanarayana from EFL University delivered the lecture titled, “Christianity and ‘Ethical’ Life in Dalit Literature.” 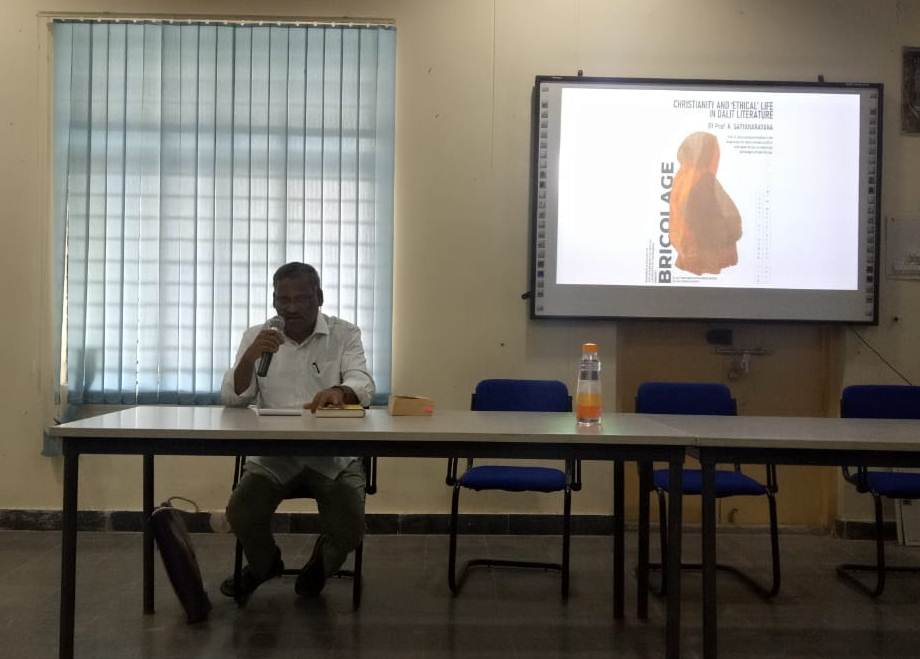 Prof. Satyanarayana started his talk with a general introduction and overview of how the majority of Dalit writers do not identify as ‘Christians’, but would rather prefer the identity tags of being an ‘Ambedkar -ite’, a Bahujan or even simply being identified as a Dalit writer. Within the spectrum of Dalit writing in Tamil Nadu, Kerala or Andhra Pradesh, discrimination, issues of inequality have been prevalent as the issues of discussion conventionally. However, as the speaker pointed out, Christianity as an idea, a tool to attain a future better life has always been central to the ‘dalit’ – examples being cases where parents becoming converts actually helped their future generations to take part in a social life (often centred around and offered by the Church). However, this experience has not been taken into account much in history, the speaker pointed out. The usual remains more on the Marxist rhetoric and the Ambedkar-ite ways of representing themselves in writing. Through his reading, Prof. Satyanarayana pointed out how often families come to play an integral role in bridging the identity of being a ‘dalit’ in close association with being a ‘Christian’ – and how these two identities come to influence the idea of ‘ethicality’ in their lives. As example, Prof. Satyanarayana pointed out the example of the book Ants Among Elephants (2017) where the narrative works through the family. As Shivasagar, the noted Naxalite leader pointed out to the speaker in an interview, what constitutes to an ‘ethical life’ comes from the subjective perception one has. 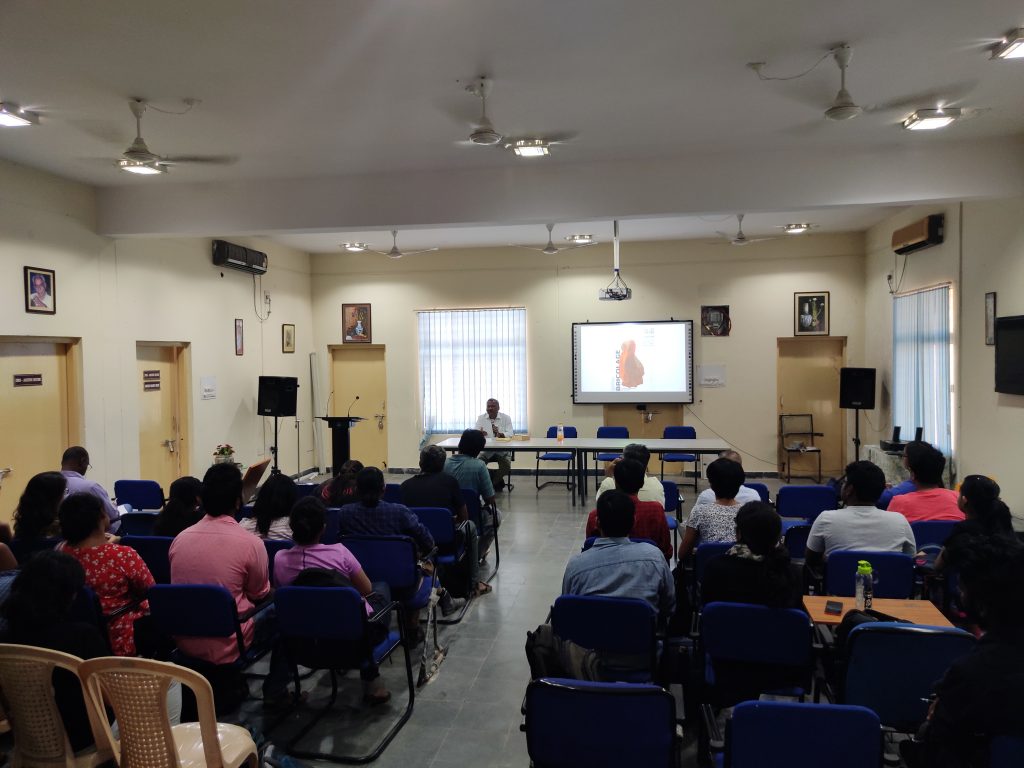 Drawing from Foucault’s idea of how the self comes to be through reflection, the speaker commented on how the idea of the human and gradually the ‘being’ comes to play on the Dalit identity also. This idea of the human then also becomes humane in nature, as the religious inflection, generating a sense of life to live with humility. In this regard, it was shown how the Dalit texts from the specific locales became a document chronicling social change and mobility for the last 60-70 years in (erstwhile) Andhra Pradesh, for instance. Towards the end, the speaker highlighted how these writers have also tried to understood and have come to terms with the contemporary colonial enterprise. The influx of the missionaries in the daily life of the general people, through schools, educational institutions, courts of law among others transpired into what Prof. Satyanarayana has termed the ‘material’ gains of Christianity.

The lecture ended with an invigorating question and answer session and a vote of thanks to all the participants concerned in the lecture series of Bricolage.