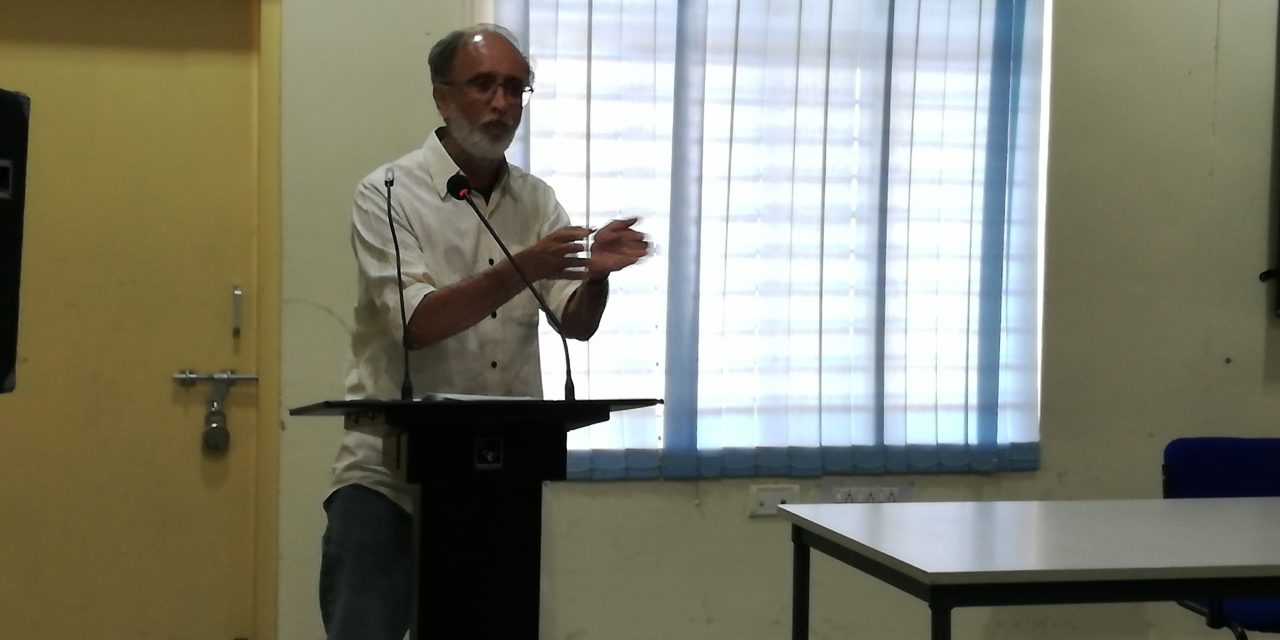 The fourth lecture of the Bricolage series, organized by the research scholars of the Department of English, University of Hyderabad titled “What can Literature do about Sociology?” was delivered by Prof. Sasheej Hegde, at ASIHSS Hall, School of Humanities on February 13, 2020. 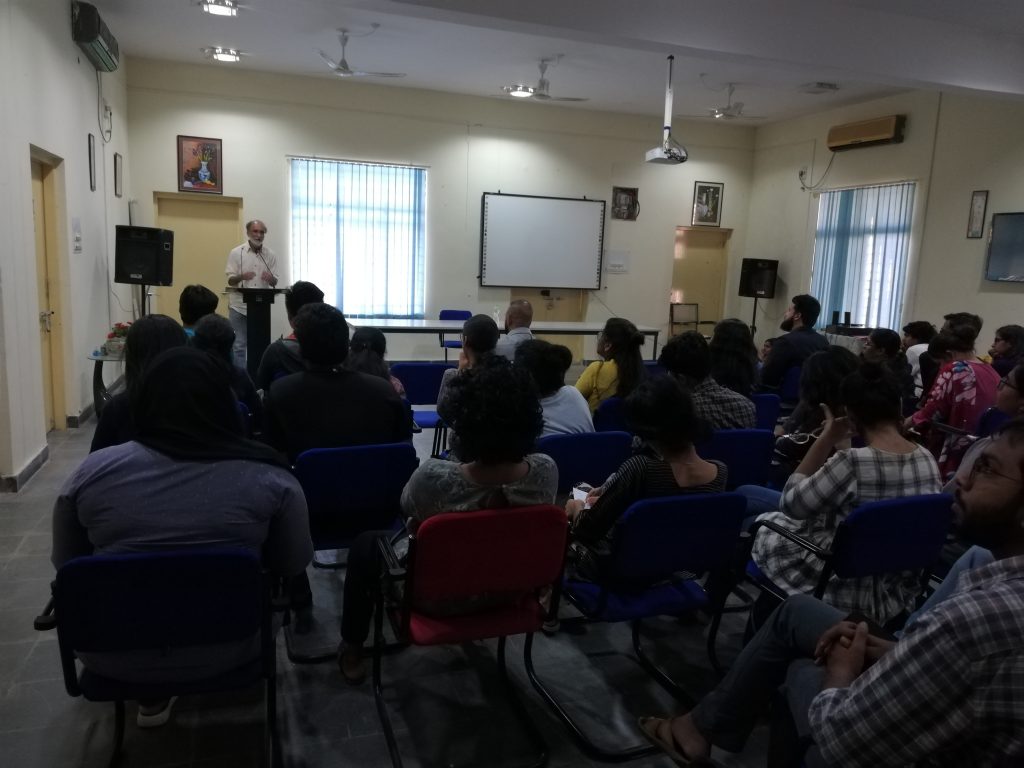 He began his lecture, “What can Literature do about Sociology?” by invoking the concept of the “bricoleur” and the theme behind the Lecture/Workshop Series “Bricolage”. Replete with wit and humour, Hegde located himself as an “interloper” who is situated at the juncture between Literature and the Social Sciences. He then talked about the possibility and the potentiality of creating an interface between the two disciplines. This interface between Literature and the Social Sciences, he argued, can be a creative opportunity for students of both the disciplines. Using the example of U.R. Ananthamurthy’s life and work, especially as an academic/writer who was a product of both Marxist modernism and Indian socialite influences, Prof. Hegde briefly discussed the concept of the sociology of caste in Samskara and Bharathipura. Ananthamurthy who called himself a “novelist” torn between “statusquoist acceptance” and “revolutionary ruthlessness”, often talked about the sociology of life through his literary works.

Following the inclination of literary writers to be dramatic, said Hegde, Ananthamurthy once said: “I can’t be an absolutist, for I am a novelist and not a poet.” The speaker also noted that Sociology devotes itself, frequently, to questions of identity. Ananthamurthy, therefore, used his literary prowess to address the sociology of caste with a particular dexterity that allows for a form of exploration that slips from Sociology when it tries to do the same. He concluded the lecture by reiterating the need to engage in forms of thinking that facilitates a psychological robustness. 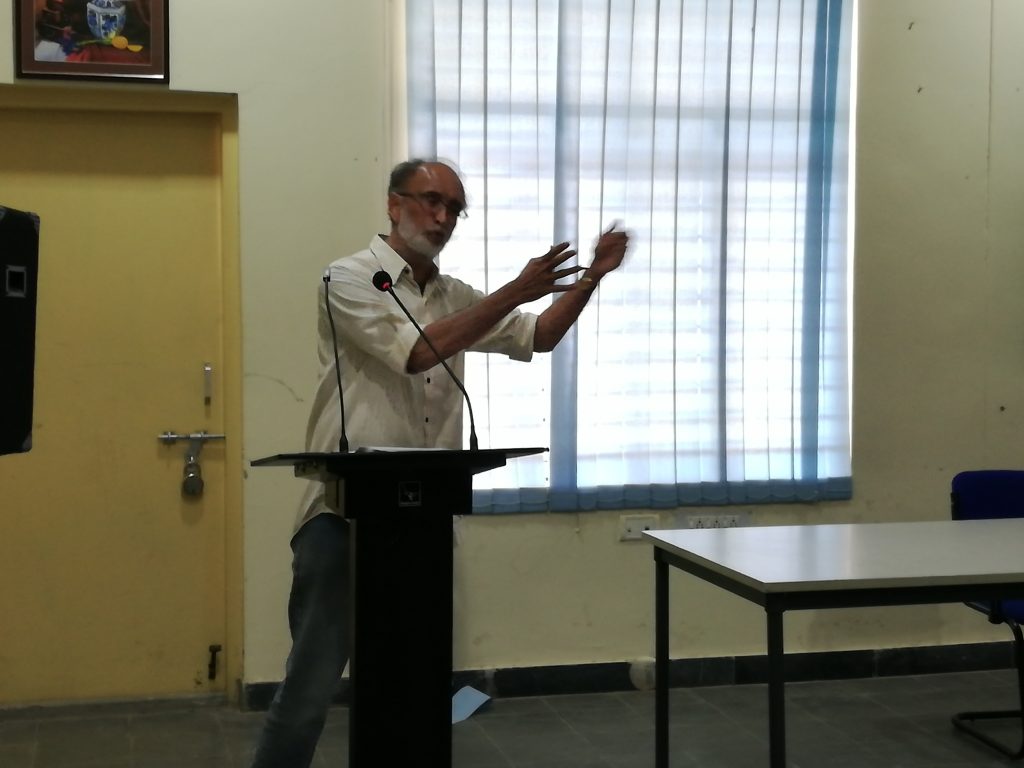 The Question-Answer session mainly revolved around inter-disciplinary approaches towards the study of disciplines. Asking the listeners to work with the tangible facets of a text rather than with its metaphorical meaning, Prof. Hegde reminded us that all of the best practitioners of a discipline consider his/her field as an “uncertain compound”.