Inequality is increasing all over the world and informal labour has one of the trademarks of new financial capitalism -This was one of the major thoughts shared by Professor Jan Breman, eminent Dutch Sociologist, during the distinguished lecture delivered on 16th March. The lecture was initiated by the Department of Sociology and chaired by the Dean, School of Social Sciences, Prof. Aloka Parasher-Sen. The auditorium had a packed and attentive audience and Prof. Breman was patiently answering questions during both formal and informal interactions.

Prof. Breman is an Emeritus professor at University of Amsterdam. He is a fellow of International School of Asian Studies in Leiden, Netherlands. He is a specialist in South and Southeast Asian studies and has done extensive field research in South Gujarat (India) and West Java (Indonesia).His main research interests are employment and labour, history of colonialism, labour migration and conditions of poverty. He has been doing field work in India for more than half a century now and has made extensive contributions to the sociology of work and labour.

“Villagers move to urban spaces to become casual labourers and they don’t have any representation”, he said about the labour migration in India. These migrant labourers, usually without any labour rights, are never considered by the policy makers while chartering plans for the poor. He said that the capitalist system has created two kinds of poor: Deserving poor and undeserving poor. Undeserving poor are the paupers who never come under any welfare measures. Due to the increasing influence of capitalism the menace of pauperism is also increasing, he observed.

While talking on the changing relations of production, he observed that certain differences have occurred in the condition of labourers in the pre-independence India and the capitalist India. In the past labourers, even while suppressed, had a lifelong relation with the landlords. But in the new capitalist system hiring and firing is instantaneous and employees are becoming casual labourers.

He also made a comparison of the slums and the colonies. Drawing similarities between these two social systems, Prof.Breman said that slums are usually associated with urban spaces and are getting more attention from sociologists and planners, while colonies in villages are not studied or given much attention. According to Prof.Breman, there are lot of similarities between slums and colonies. He cited sanitation issues, overcrowding and landlessness as familiar features of both the spaces.

“Poor migrants come out of villages to construct urban spaces for non-poor people and finally they are pushed back to where they come from”, Prof.Breman said about the condition of migrant labourers. He also said that rural to rural migration of labourers and the gender situation of migrant labour are two important sectors requiring attention of sociologists.

On Prime Minister Modi’s promise of creating 100 million jobs, Prof. Breman said that such promises will only push villagers to cities and then they will be eventually forced to go back making them paupers.

Speaking on the peculiar social conditions in India, Prof.Breman said that the traditional inequality existing in Indian society in the form of caste system has added to the inequality brought in by the capital market. “The capitalist system considers welfare measures for poor a burden. But there is no problem with populist programmes if it helps people at the bottom level of society”, he said while answering a question on the future of Mahatma Gandhi National Rural Employment Guarantee Act (MNREGA) programme. 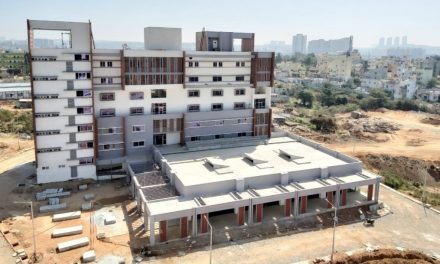