Character building is important for development of the Nation

Mr. Subroto Bagchi best known for co-founding Mindtree in 1999 visited University of Hyderabad (UoH) and delivered a Distinguished Lecture on Trivializing India: Getting the Nation’s Bearings Right on 7th March 2014 at the C V Raman Auditorium.

Speaking to a packed audience of students, faculty and staff of the University, Mr. Bagchi told that India is a country which has the ability to produce world class professionals. He further added that if you are a good professional than you are also a good citizen.

Mr. Bagchi stressed upon our style of living in Ignorance, Misinformation and Denial. Not only in our career but also in our personal lives we are following these traits, he added. Further he shared that India is the fifth most dangerous place to live and the sixth most dangerous place for children.  He said that there are many scams taking place in India but the businessmen are not so much concerned as they feel that they are creating jobs for the people in the country.

Character building is very essential for building a Nation, told Mr. Bagchi and he quoted the example of Japan where the country is first, institution next and last comes about self. However in India many think about self first, institution next and last comes the country. He further quoted the example of Sweden, which was a poor country once upon a time but today they are one of the best and cleanest city of the world because of their determination and realization to be known amongst the best countries. We as Indians must value our freedom and feel proud to be part of this great nation. We need to take ownership of our country to ensure its growth and development, Mr. Bagchi told while concluding his talk.

He started his work life as a clerk in the Industries Department of the government of Odisha in 1976 after giving up his post graduate studies. After a year of working there, he qualified to be a management trainee in DCM in 1977 where he worked for the ensuing 5 years. In 1981, he entered the computer industry and worked for a number of computer companies between 1981 and 1999 in various functions like sales, marketing and operations. His longest stint was at Wipro where he became the chief executive of Wipro’s Global R&D before working for Chairman Azim Premji as corporate vice president, Mission Quality. He left Wipro in 1998 to join Lucent Technologies. He left Lucent a year after to co-found Mindtree in 1999 along with 9 other co-founders.

Mr. Bagchi is a well-known writer and has written business bestsellers such as The High Performance Entrepreneur; Go Kiss the World, The Professional, MBA at 16, The Professional Companion and The Elephant Catchers. His books have been translated into many languages including Hindi, Marathi, Malayalam, Kannada, Korean and Chinese, making him India’s No 1 business author. 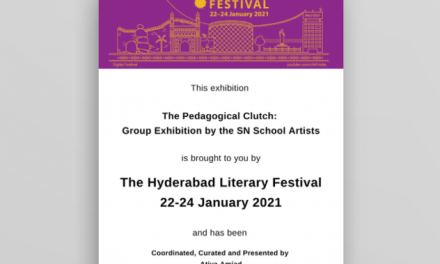