Charandas Chor: A satirical treat on the occasion of Hindi Pakhwada

For the past few days DST auditorium of the University has been imbued with a lot cultural events. On the occasion of “Hindi Pakhwada” this week the play, Charandas Chor, was staged by Udaan theatre group. The Play was organized by the Hindi Cell of the University.

The play was directed by Sourabh Gharipurikar, an old associate with the Theatre Department of the University. The play written by Habib Tanvir is an adaptation of the classic Rajasthani folktale by the renowned writer Vijaydaan Detha.

The play revolved around the life of our hero ‘Chor’ Charandas, a man of values, dharma. How in his daily life he carries about his stealing business and lands in the ashram of a Guru, upon being followed by police. When the Guru asks him to leave his occupation, Charandas retorts back humourously – “Guru, main chor to andhere mein chori karta hoon, magar aap to din mein bhare logon ke beech chori karte ho.”

The lines were powerful and satirical bringing out the irony in the society. The plot revolves around circumstances taking Charandas to the home of the Guru, who preaches on giving up vices on one side, while indulging in the same covertly by presenting a constant demand for “Guru Dakshina”.

As our Charandas doesn’t want to give up on his profession which he holds so dear and does so dutifully, he takes up 4 vows as “Guru Dakshina” to the Guru. The most important one is never to lie. Second one is that he will never eat from a gold platter, as he is already in possession of one, thanks to his daily job. The third one is even if the queen herself agrees to marry him, he will not do so. And the last one is – no matter how much one asks him to ascend the throne he will always abstain from doing so.

Having in mind the rarest possibility of occurrence of any of these events in his life, he walks off happily. But then a series of events unfold, bringing to such situations, where he has to choose between keeping up the oath or to break it. Charandas chooses to keep the promises he made. The turn of events shows the cruel face of the society.

The play ends on a sad note with Charandas paying the price for always speaking truth. “Chori to sabhi karte hain, sab apni chori chupaate hain, lekin main danke ki chot par bolta hoon.” We go on to reflect over Charandas’s words which strike a chord with the realities of our times.

The play saw all its characters give outstanding performances. Especially the dialogue between the Chor and Police. The queen’s maid’s silent presence touched the hearts of the audience as she spoke so much with her expressions alone than by words. Guru was the central character, who portrayed different human shades in a single role. The dialogues were catchy and satirical.

The play ended with Saurabh Gharipurikar conveying his vote of thanks. The cultural secretary of the University Dr. Zahidul Haque felicitated all the members of the Udaan Performing Arts Group. 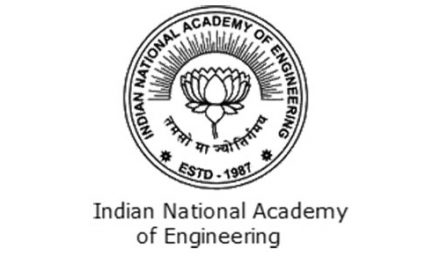