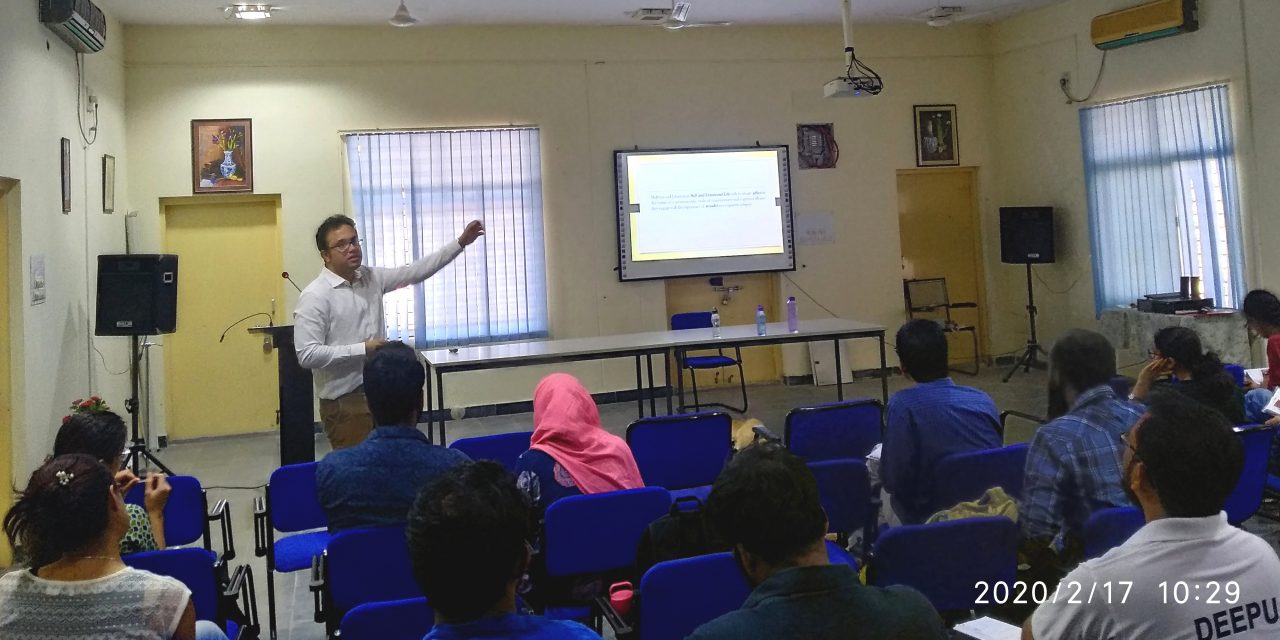 As part of “Innovation and the Humanities” Series-II, the Department of English, along with the Technology Industrial Liaison and Entrepreneurship Unit (TIE-U) and the Research and Development Office, University of Hyderabad (UoH), organised a workshop titled “Consciousness, Cognition, and Memory: Innovations in Literary-Cultural Studies” on 17th February, 2020. Prof.  Avishek Parui from Indian Institute of Technology, Madras was the resource person and Prof. Anna Kurian and Prof. Pramod K. Nayar of the Department of English, UoH, were coordinators of the workshop.

The event was inaugurated by a welcome address by the head of the department Prof. Anna Kurian. This was followed by a brief address by Prof. Pramod K. Nayar on the aim and scope of the workshop. Next, Prof. G. S. Prasad, Coordinator, Research and Development, UoH, addressed the audience. 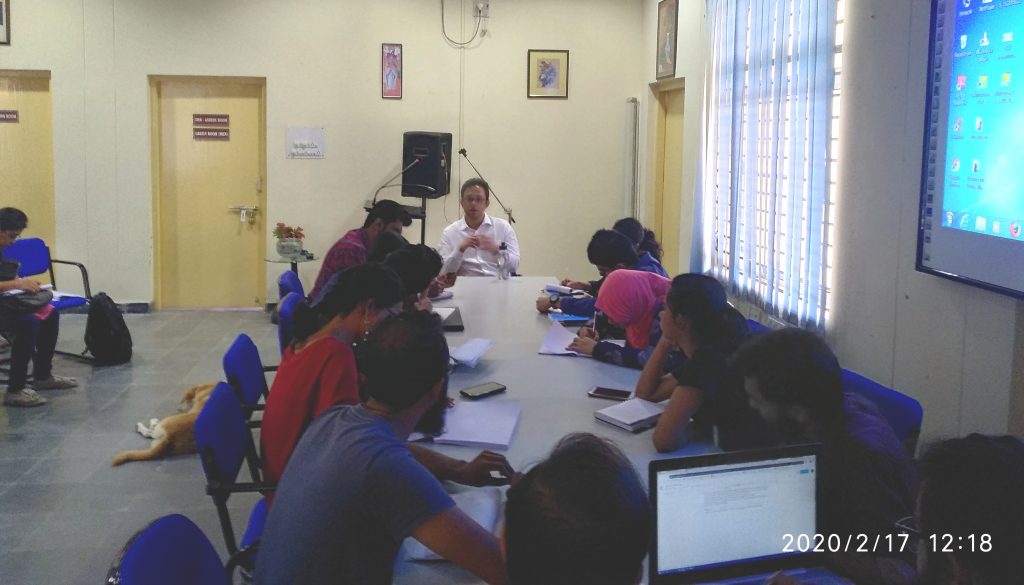 The workshop commenced with an inaugural lecture by Prof. Avishek Parui titled “Cognition, Culture, and Literary Studies.” The objective of the lecture was to provide the participants with a framework, based on which the workshop would proceed. Prof. Parui emphasised on the need to identify a bridge between empirical scientific study and the humanities. Through the work of scholars like Eric Kandel, Antonio Damasio, and Catherine Malabou, the lecture analysed the role of cognition and memory in the act of storytelling and the influence of socio-cultural narratives on neural mechanisms. 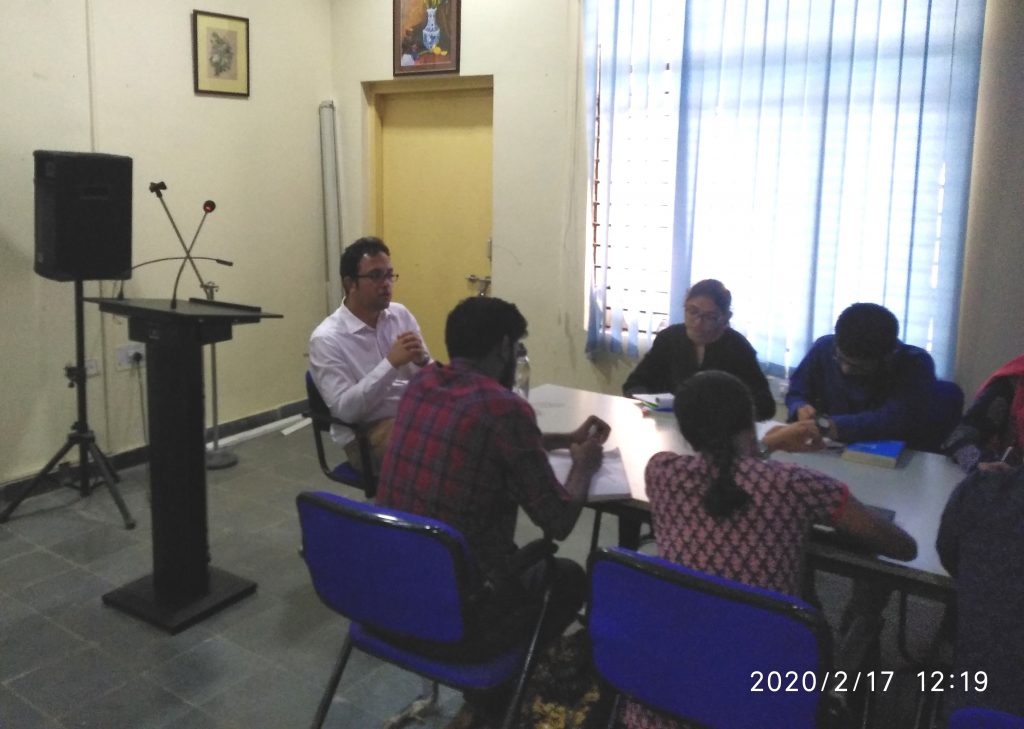 The workshop concluded with a vote of thanks by Prof. Pramod K. Nayar. 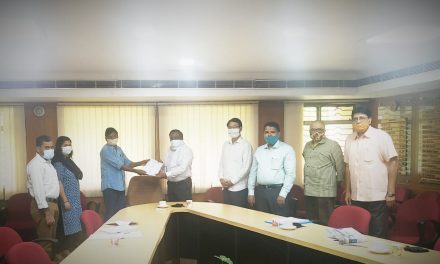