Talking to the students, faculty and staff, Dr. Teki says, “every day human beings are exposed to complex acoustic environments composed of multiple sound sources, for instance, while talking to a friend in a noisy and crowded bar. The separation of such mixtures of sounds into perceptually distinct sound sources is a highly complex task, also referred to as the ‘cocktail party problem’. In spite of being a topic of intense investigation for several decades, the neural bases of auditory object formation and segregation are still not clear.” In this work, he first described a novel stimulus to investigate neural processes underlying the detection of temporally coherent targets (‘figures’), i.e., which start and stop at the same time, from a random uncorrelated background (‘ground’). In contrast to simple tone sequences, segregation in this stochastic figure-ground stimulus can only be achieved by integrating across both frequency and time. 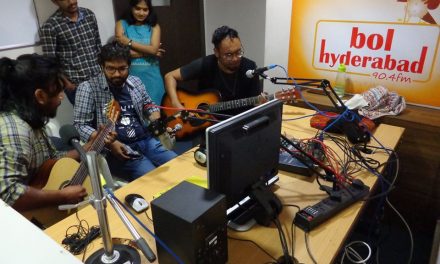 Archiving Politics of Bifurcation: A Case Study of Telangana