Society for the Promotion of Indian Classical Music and Culture Amongst Youth (SPICMACAY) organized an interactive session with the renowned director of Tollywood K. Viswanath in Savitribai Phule auditorium, University of Hyderabad. Kasunathi Viswanath is an Indian audiographer turned director, screenwriter. He is known for his work in Telugu, Tamil, and Hindi Cinema. He was awarded the 2017 Dadasaheb Phalke Award. The session was preceded by screening of Swarnakamlam , one of the great films by the director. The screening was followed by an address by Professor Aruna Bhikshu , Head of Dance Department University of Hyderabad.

Professor Bhikshu an ardent follower of K.Viswanath gave a quick glimpse of the director’s career span in Tollywood. In her own words, “He is a craftsmen who brought classical dance, music together in his work. He is someone who has contributed to the cultural history of India.” She started the address by throwing light on the director’s early life as an audiographer. His role as a screenplay writer was not known to everyone. In most of his movies dance, literature, music all become an integral part of the narration. Though dance is a recurrent theme throughout all his movies, he has made around 30 movies which deals with caste, untouchability, repression ,economic disparity and women’s issues .Kaalam Marindi was one such movie on caste issue dedicated to Mahatma Gandhi. His movies are something that represented the society in all the actualities. This is evident from the fact that the villains in his movies were not classical Mokambo types. Here the villain was a normal being which one can relate to.

Professor Bhikshu says, “Sagara sangamam ,the musical dance film needs a special mention here. It was only after this movie that boys from my colony got themselves enrolled in dance classes. The mothers of that time wanted son like Kamal Haasan as portrayed in the movie. That was the power of the movie. In the form of message the movie clearly delineates two types of dancing .One where the person dances for himself. The other where the person dances for the stage, audience for the glory. To trespass the barricades of body is the magic depicted by Kamal Haasan in Sagara Sangamam .” Talking of Swarnakamlam she said it depicts the importance of Gurus, the Teacher. Gurus who themselves can’t make both end meet are still shaping the lives of the students. The magic of the directors film was so that it got may Hindi remakes as well. Sirisirimuvva got remade in Hindi as Dafliwala, Swathikiranam got adapted in Hindi as Sur .The other movies she discussed were Subhasankalpam, Swathi Muthyam, O seetha katha, Sankarabharanam and Sruthilayalu.

After the discussion Dr. Zaidul Haque, the Cultural coordinator of the University felicitated Professor Aruna Bhikshu. After her address, the hall rose to welcome the renowned Director Shri K. Viswanath. The director once on Dias was asked for a initial note before Q & A session. Through the note he mentioned of the campus and his desire to study from such a place. The greenery, the ambience attracted him. Going along this note he addressed VC that let his application for the university be accepted for the next birth as he is too old in this birth to join for some program. During his interaction with the students he stressed on the importance of alignment of Mansa, Vaacha and Karmana in order to do justice to any work. That your mind, word and actions need to be in perfect harmony , only then the work will reflect your love. 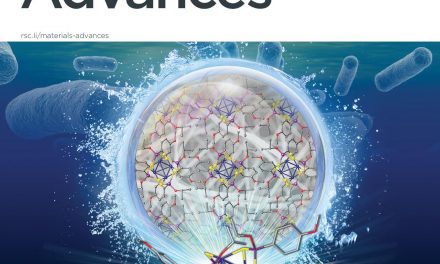 Prof. R. Chandrasekar selected as a member of the International Editorial Advisory Board for a journal of RSC