Dr. Niyaz Ahmed, Associate Professor and Head of the Department of Biotechnology & Bioinformatics, School of Life Sciences at the University of Hyderabad (UoH) has been appointed Senior Director, Laboratory Sciences and Services Division at the International Centre for Diarrhoeal Disease Research, Bangladesh (ICDDR’B) based in Dhaka for a period of three years. Dr. Ahmed joined the Institute on 1st November 2016.

Established in 1960s as the South-East Asia Treaty Organisation (SEATO) Cholera Research Laboratory based in Dhaka, Bangladesh, it is committed to solving public health problems facing low and middle income countries through innovative scientific research – including laboratory-based, clinical, epidemiological and health systems research. By developing, testing and assessing the implementation of interventions specifically designed for resource-poor settings, the Institute aims to improve the health and well-being of people living in the world’s poorest nations. ICDDR is funded by international core donors, Canada (Department of Foreign Affairs, Trade and Development), Sweden (Sida), the United Kingdom (DFID) and also by the Government of Bangladesh. For more than 50 years, it has been carrying out high-quality research and promoting the uptake of evidence-based interventions. The initial focus was on diarrhoeal disease, but now the institute is studying multiple infectious diseases, other threats to public health, and methods of healthcare delivery. The institute’s work has had a profound impact on health policy and practice both locally and globally – and this remains its key objective for the future.

Dr Niyaz Ahmed has been the recipient of the National Bioscience Award of the Government of India and he directs a team of PhD scholars and post-doctoral fellows at the University. His work remains highly acknowledged and known in the area of infectious disease epidemiology and pathogen biology including studies on multiple drug resistance in pathogenic bacteria such as those causing TB and diarrhoeal diseases. Dr Ahmed has also contributed extensively to the area of identification and biochemical characterization of novel proteins from different bacteria while establishing their roles in disease mechanisms. His recent work on ‘geographical genomics’ of the human gastric pathogen Helicobacter pylori has been published in Nucleic Acids Research journal in January 2015 in collaboration with Australian Nobel Laureate, Barry J. Marshall. He has been admitted as the Fellow of the Royal Society of Chemistry (RSC), United Kingdom in 2015. He was the only faculty from a University system to have been awarded the prestigious Shanti Swarup Bhatnagar Prize for Science and Technology (SSB) for the year 2016.

Dr. Niyaz Ahmed can be reached on email: ahmed.nizi@gmail.com 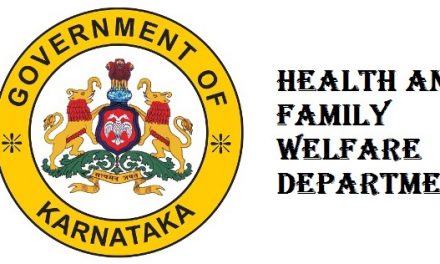 Madhubala Kumari collaborates as an Intern with Government of Karnataka