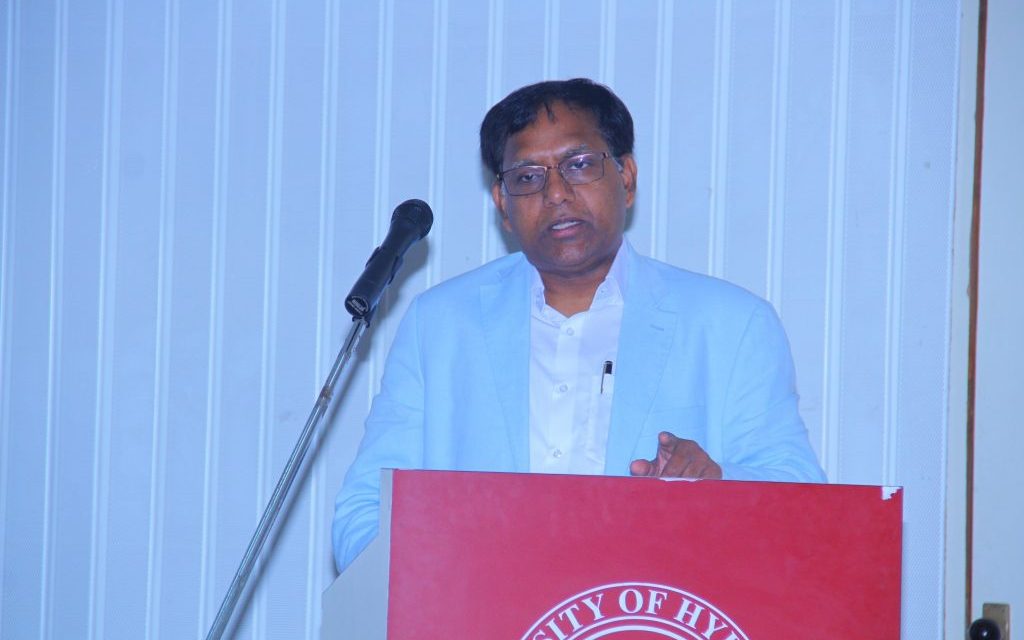 For the first time the University of Hyderabad (UoH) organised the Alumni Speaker Series.  Mr  M. Nagaraju,  IAS,  Principal Secretary,  Government of Tripura who was a student of Philosophy at UoH spoke on “Economic Reforms of The 1990s Indian Economy Today: A Policy Maker’s View” at the CV Raman Auditorium on 9th  September 2019.

Sri M. Nagaraju was nostalgic about his association with UoH.  The value of UoH remains undeterred for its effective contributions in terms of research and excellent teaching.  He portrayed the models of economic development soviet model, free market model, mixed economy model. He highlighted the emergency of USA as a super power.  Impact of liberalization on India. Two major movements in India in 1990s – Social movement and religious movement of Hinduism, political crisis due to fall of government in centre. New government has thus brought up social limitations towards reforms.  Several major changes in economic reforms have been devised.  He explained how liberalization and globalization have brought the world closer to India & vice versa.  All the Indian products are available internationally at the other end of the world in countries like USA.  He also briefly described the picture of current scenario of India which has fastest democratic country in the past few decades.

Prof P. Appa Rao, Vice Chancellor, University of Hyderabad highlighted the important advices from Mr. M. Nagaraju, IAS and  his positive outlook /  suggestions.  He lauded the important points made by him and thanked him for his illuminative lecture.  He expressed his appreciation to Mr. Nagaraju for his contributions to the society as a benevolent who is an alumnus of University of Hyderabad.  He explained how UoH has given great importance to alumni through distinguished alumni awards, participation in Executive Council etc., 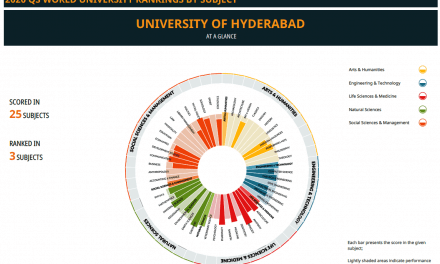 Prof. Sachidananda Mohanty nominated to Governing Board of Auroville Foundation