Felicitating Pervin Saket, the winner of the Srinivas Rayaprol Poetry Prize 2021 at the Hyderabad Literary Festival 2022 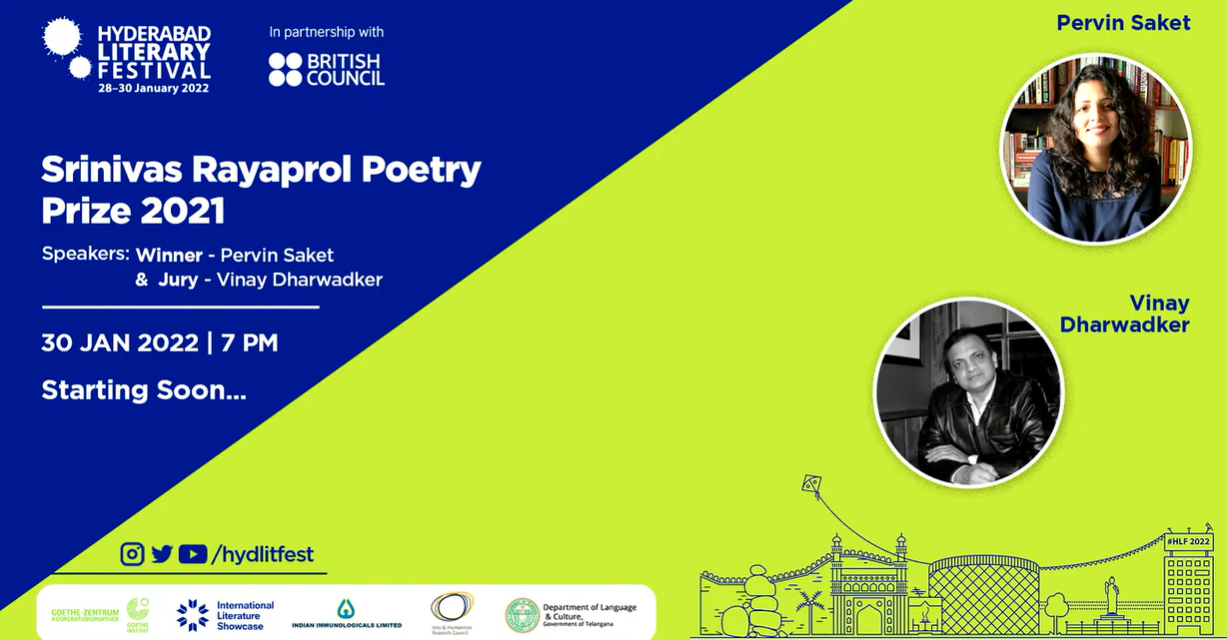 The Hyderabad Literary Festival held its latest edition online, hosting an array of interesting events involving eminent personalities. On its third and final day, one of the sessions hosted was to felicitate Pervin Saket, the winner of the Srinivas Rayaprol Poetry Prize 2021.

Recognised as a significant award for creative writing in India, the Srinivas Rayaprol Poetry Prize was instituted by the Hyderabad-based Srinivas Rayaprol Literary Trust in 2009 to recognize excellence in poetry written in English by poets in the age group of 20-40 years. The Prize is administered jointly by the Trust and the Department of English, University of Hyderabad.

The event started with Amita Desai, director of the Hyderabad Literary Festival, telling the audience about the history and significance of the prize. The trust was started in the year 2000  to perpetuate the memory of the poet, Srinivas Rayaprol, two years after his passing. He is considered to be one of the significant personalities of the early Indian English poetry scene in India.

Professor Aparna Rayaprol from the sociology department of the University of Hyderabad and the youngest daughter of the late poet, took the event forward, congratulating the winner and thanking the jury. She elaborated upon the literary trust and various literary accomplishments of the poet Srinivas Rayaprol. She went on to recount his published works and segued into mentioning the past winners of this prize  and the distinguished jury each year. This is a prize which many aspiring poets in India look forward to for the past 13 years.

She further enlightened the audience about Pervin Saket’s accomplishments which includes the novel ‘Urmila’ and a collection of poems, ‘A Tinge of Turmeric.’ She is  the Poetry Editor at The Bombay Literary Magazine and her short fictional stories and poetry have been featured in several prestigious journals. 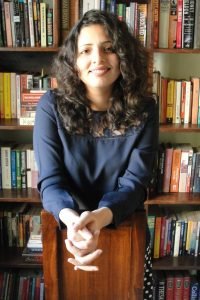 Professor Rayaprol welcomed Professor D. Murali Manohar from the Department of English, University of Hyderabad. He recounted the humble beginnings of his department and the wide array of courses offered to the students from emerging literature apart from the traditional one. He gave a warm welcome to the jury member, Vinay Dharwadker, Professor of English, at the University of Wisconsin at Madison, elaborating upon his career and distinguished accomplishments and research areas.

Dr. Vinay Dharwadker talked about the jury process which included 90 entrants with Dr Bhaskar Lama and Dr Anna Kurian from the University of Hyderabad.

“The diversity of the submissions was quite astonishing and different poets had different things to offer which were not always comparable to each other,” said Dharwadker on making his final choice. He also offered his views on the poems of the shortlisted entrants, Krishnakumar Sankaran andKinshuk Gupa.

Dharwadker praised Saket’s poetic ability. “Pervin Saket has three rare gifts- A light touch with language and theme; an incisive poetic wit that turns concepts inside out and a sense of form that effortlessly combines emotion with thought, image with idea and drama with lyricism.”

He went on to describe Saket’s poem which took the prize and read a few lines from it as well. 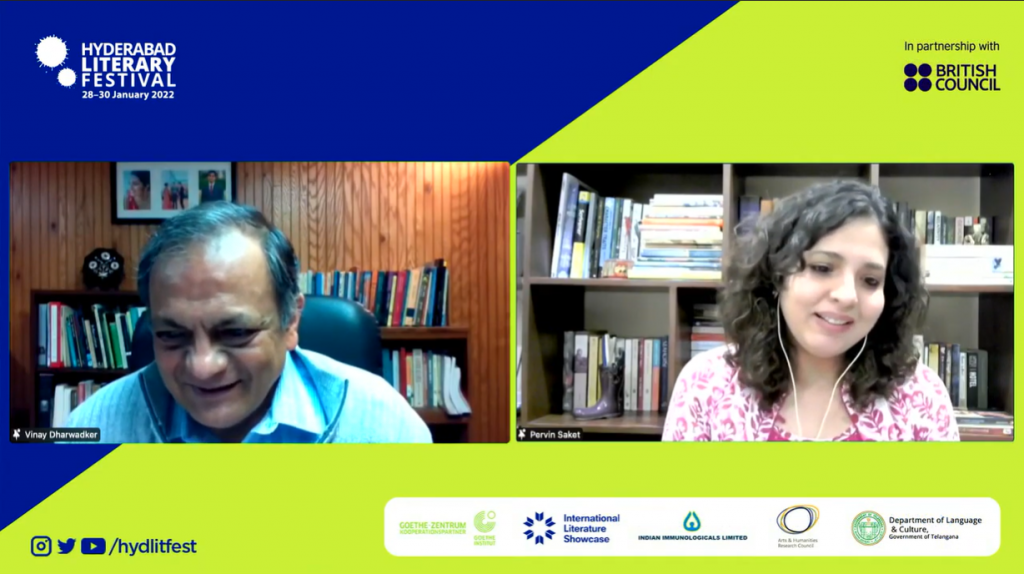 Saket thanked the jury and the Srinivas Rayaprol Literary Trust for continuing the tradition of celebrating poetry and holding this space for poetry.

“Primarily a poet of people and places and you’ll see it reflected in these 2 poems,’ said Dharwadker as he beautifully read out his poems and a few lines from works he has translated over the years.

Saket read out a few poems, including one of  her three winning entries, Word Problems for Ten Marks Each (after Bhaskara II’s Lilavati).

If Hari, who washes your car,

has to divide seven rotis and two onions

Hari, who washes your car. has to divide seven rotis and two onions

Dr Bhaskar Lama from the Department of English provided a vote of thanks to Dharwadker, the people of Hyderabad Literature Festival and his colleagues at the University of Hyderabad. Professor Aparna Rayaprol also provided a vote of thanks. Amita Desai ended the session by commending the trust for encouraging the poets and providing a platform to them and thanked Dharwadker. She ended on a hopeful note to see the festival offline for its next edition.