This year at University of Hyderabad (UoH), the National Science Day was celebrated as Vigyanotsav 2014 on 22nd and 28th February. The theme for this year was “Fostering Scientific Temper” and the program was jointly organized by the Department of Biotechnology and Bioinformatics, School of Life Sciences and the Junior Science Club of UoH.

Over 10 schools from the twin cities as well as three colleges participated in the event which included quiz, elocution, and science fiction writing competitions held on 22nd February.  The Science day celebrations were on 28th February. The chief guest was Dr. S Shivaji , L.V. Prasad eye Institute, Hyderabad and he  gave the  keynote lecture on Antarctica’s  microbial biodiversity. Apart from this there were sixty experimental demonstrations and university lab visits.

The event was inaugurated by Prof Ramakrishna Ramaswamy, Vice Chancellor, UoH. In his inaugural address, he appreciated the efforts of the students and spoke about the excitement of science, quoting several examples from his own experience and also mentioned about Sir CV Raman, whose discovery of Raman Effect is commemorated as the National Science Day.

The inaugural was followed by the distinguished lecture by Dr. S Shivaji. In his interesting talk he spoke about the importance of microbial life forms and their ability to survive in extreme conditions which could be used for the benefit of mankind. After the talk, prizes were given away to the winners of the competitions held on 22nd.

Later the participants were shown around 60 basic scientific demonstrations like AC/DC Motor, two stroke and four stroke engines, reflection/Transmission of light etc. which were organized by agastya foundation. Simultaneously, students were also taken to the Centre for Nanotechnology and the School of Engineering Sciences where they were shown Transmission Electron Microscope (TEM) and Scanning Electron Microscope (SEM). 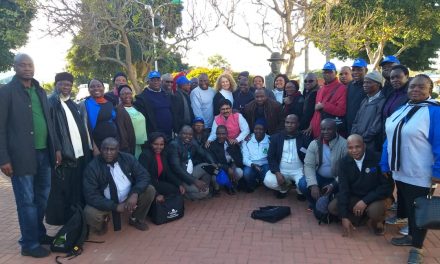