A few former employees of the University of Hyderabad (UoH) have instituted ‘GLN Murthy Memorial Medal’. This medal will be given to the overall topper in MPA Theater Arts, from 2021 onwards. The medal is named after Shri. GLN Murthy an employee of UoH, who passed away on August 08, 2020. 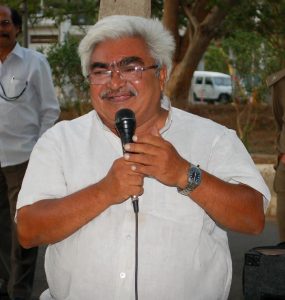 Late Shri. GLN Murthy was a graduate in Telugu Literature, Sociology and Mass Media writing, and also one of the co-founders of Prayogam Theatre Group (PTG). He served the University of Hyderabad for almost 40 years. He was a renowned cultural journalist, who had hundreds of articles among vernacular dailies to his credit. He was closely associated with a multitude of cultural and media organisations and spearheaded PTG’s media & public relations department.

Seminar on Health Psychology: Contributions to Health and Well-being inaugurated

Universities should work on harvesting young minds for a productive future and constantly encourage their students to be innovative: Shri E S L Narasimhan