Government Supported Programmes are must for Food and Nutritional Security

A two-day national seminar on “Food and Nutritional Security: Role of State” was inaugurated today at the School of Economics, University of Hyderabad (UoH) that saw participation from academicians, policy makers and researchers, working on various dimensions of this contemporary national issue.

In the inaugural address, Prof. B. Mungekar, Former Vice-Chancellor, University of Mumbai, Former Member, Planning Commission, Govt. of India and Member of Parliament, Rajya Sabha, emphasised on importance of food as a basic human right. India has been signatory to many international conventions including the UN Human Rights convention that requires provision of adequate level of nutrition and livelihood for people. He expressed his concerns on prevailing neoliberal policies and target based approach that have resulted in marginalisation of poor people. Prof. Mugekar referred to the Supreme Court judgement in 2001 that had substantial bearing on Govt. of India to work towards access to food for the people. He expressed his faith in strengthening of the public delivery system to ensure food and nutritional security for the people. Food Security Act is not an anti-poverty programme but is to ensure basic entitlement of access to food and nutrition, Prof. Mungekar added. Panchayati Raj institutions and women operated self- help groups should be involved in PDS for good result.

Prof. Utsa Patnaik, Emeritus Professor, Jawaharlal Nehru University, Delhi, delivered the keynote address. She explained how fiscal contraction and reduced government expenditure on social programmes have resulted in reduced purchasing power for the poor people. In 2007, India had lowest per capita food consumption in the world. She prescribed the universal PDS as a must to ensure food and nutritional rights of the people. Concerned academicians and policy makers must take appropriate position on macroeconomic issues such as fiscal contraction for social programmes in people’s interest, Prof. Patnaik added. She told that in recent years, India has seen highest level of food export and that is not alright when we’ve millions of hungry people in the country. Prof. E. Haribabu, Vice-Chancellor, UoH presided over the inaugural session.

The panel discussion on “Access to Food Security to the Marginalised Groups” was chaired by Prof Ashwani Despande from Delhi School of Economics. The speakers were S.Galab from CESS, G.Raghuram from IIM Ahmedabad , R.S.Despande from ISEC and G.Nancharaiah. Prof. S. Galab, Director, Centre for Social and Economic Studies, Hyderabad talked about the issue of education and nutrition security among the youth. He emphasized that a good proportion of young people are those who are neither at school nor at work and constitute a much vulnerable group. Prof G. Nancharaiah, Dean School of Economics, UoH focused on the food security issues for the marginalised section in the post-independence era. Even with high stock of food grains in the FCI godowns, large number of population have been suffering from malnutrition; poverty has come down but for marginalised group the pace has been much slower. Procurement at minimum support price through the FCI is done only in very few states and its coverage must be widened to the whole country. Poverty is not merely an economic phenomena but is also a social phenomenon. Land reform measures have not been implemented effectively and so issue of land concentration with few remains to be there in existence and this has also bearing on livelihood and well-being of a substantial proportion of the population. Prof. G. Raghuram, Dean (Faculty), IIM-Ahmedabad, presented that Direct Benefit Transfer should be seen as having facilitating role in efficient implementation of social programmes. He told that programmes such as Mid-Day meal has resulted in higher enrolment and retention and especially for girl children in schools. Partnership with NGOs have shown better delivery of this scheme and such partnerships should be encouraged.

Prof R.S. Deshpande, National Fellow, ICSSR presented that although many people have been working in this area, very little have been done at the ground level. All efforts have been there just on wheat and rice but this is not a good representation of food grain requirements of people. He mentioned that policy measures need to take a comprehensive and effective view to ensure food and nutritional security.

Dr. Y. V. Reddy, Former Governor, RBI and Chairperson, 14th Finance Commission chaired the session on “Changing Context of Food Policy”. Dr. Reetika Khera from IIT-Delhi, in her presentation, mentioned that social welfare schemes are not unique to India but such legally binding social systems are also there in many countries such as France, UK, Brazil, South Africa etc. Presence of PDS in India has resulted in reduction of poverty to the extent of 20% and these programmes must be continued affirmatively. 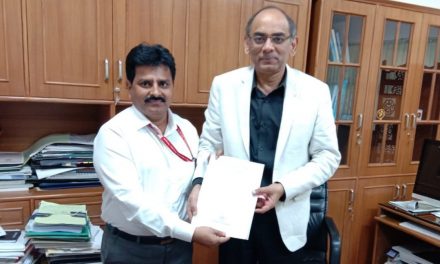