He established one of the first assays for HIV protease activity

He established the current concept for triggering and completing viral maturation

Together with collaborators, he has determined the lipidome of HIV as the first comprehensive lipid analysis of any virus

He has more than 170 papers in international Journals, peer-reviewed papers with >10000 citations and an h-factor of 55

Prof. Hans-Georg Kräusslich, Director of Department for Infectious Diseases (former ‘The Hygiene-Institute’) at Heidelberg University gave an inspiring talk on ‘HIV assembly and maturation: preparing a virus for entering a new cell’ under ‘Heidelberg Lecture Series’ on 12th March 2014 at the University of Hyderabad (UoH). Prof. Kräusslich has strongly contributed to HIV/AIDS research for more than 20 years, focusing on the assembly and structure of the viral particle.

Prof. Kräusslich shared some of his work with students, scientists and researchers here at School of life sciences. During his early stages of career, he unraveled the role of poliovirus proteases in host cell shut off and was involved in the initial discovery of IRES-elements as translational control elements. During this period, he also established one of the first assays for HIV protease activity. His group at The German Cancer Research Centre (Deutsches Krebsforschungszentrum DKFZ) established the current cozncept for triggering and completing viral maturation through kinetic control of individual processing steps, and also contributed decisively to the development of HIV protease inhibitors as antiviral agents and their resistance mechanisms.

More recently, the Kräusslich group has also identified a peptide that serves as the first described inhibitor of HIV assembly, and showed that it acts by binding to a hitherto unknown assembly interface. Together with collaborators he has also determined the lipidome of HIV and demonstrated that the HIV envelope is highly enriched in lipid raft and that altering lipid composition can affect virus infectivity. Furthermore, he deciphered the mechanism of action of the cellular ESCRT complexes and the ubiquitination machinery for HIV budding and release, and showed that the plasma membrane is the primary site of budding in macrophages.

He has more than 170 publications to his credit in various international, peer-reviewed journals with >10000 citations (average citation per publication >60) and an h-factor of 55.

Drawing to a musical close

T Arulraj to join for research at Germany 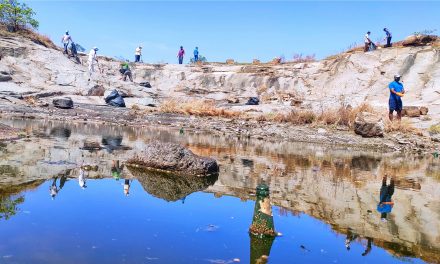