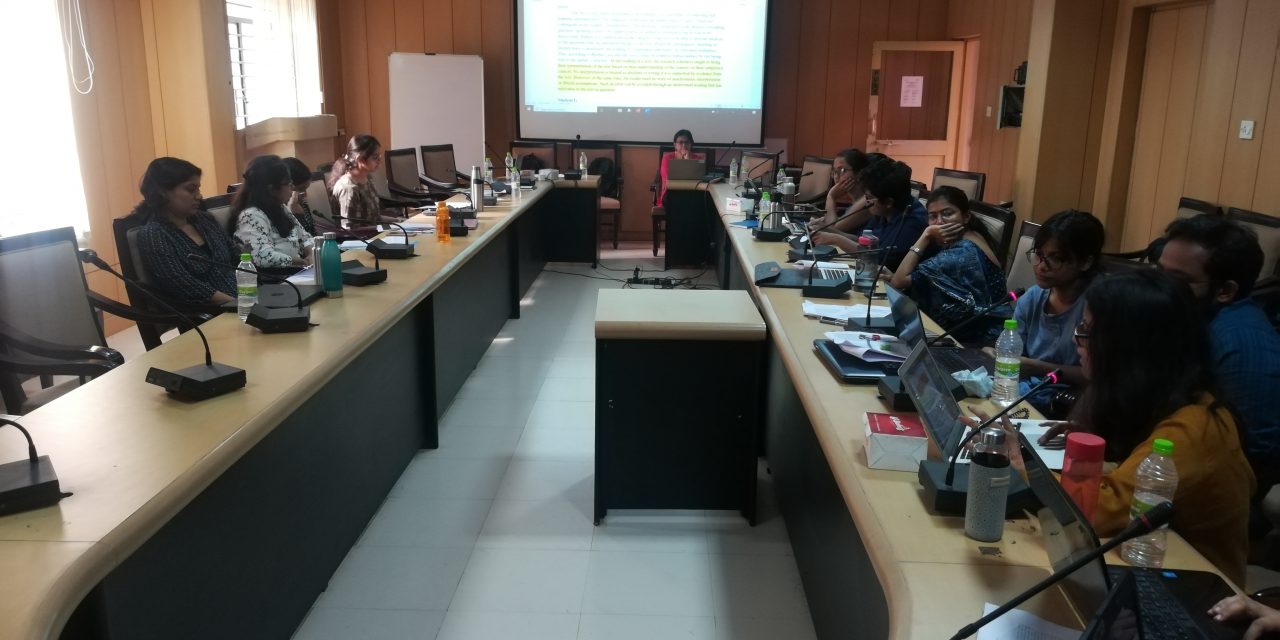 On first day, the session began with an exercise on writing observations. This was followed by a session on description and its uses in writing. In this session, there was a discussion as to how description would help us in rendering the world of the text, which would then be helpful in analysing it. After this, there was a discussion of how to provide peer-review where the assignments submitted prior to the work were discussed. The day ended with a session on reflection writing that was geared towards reflecting and thinking about our writing. 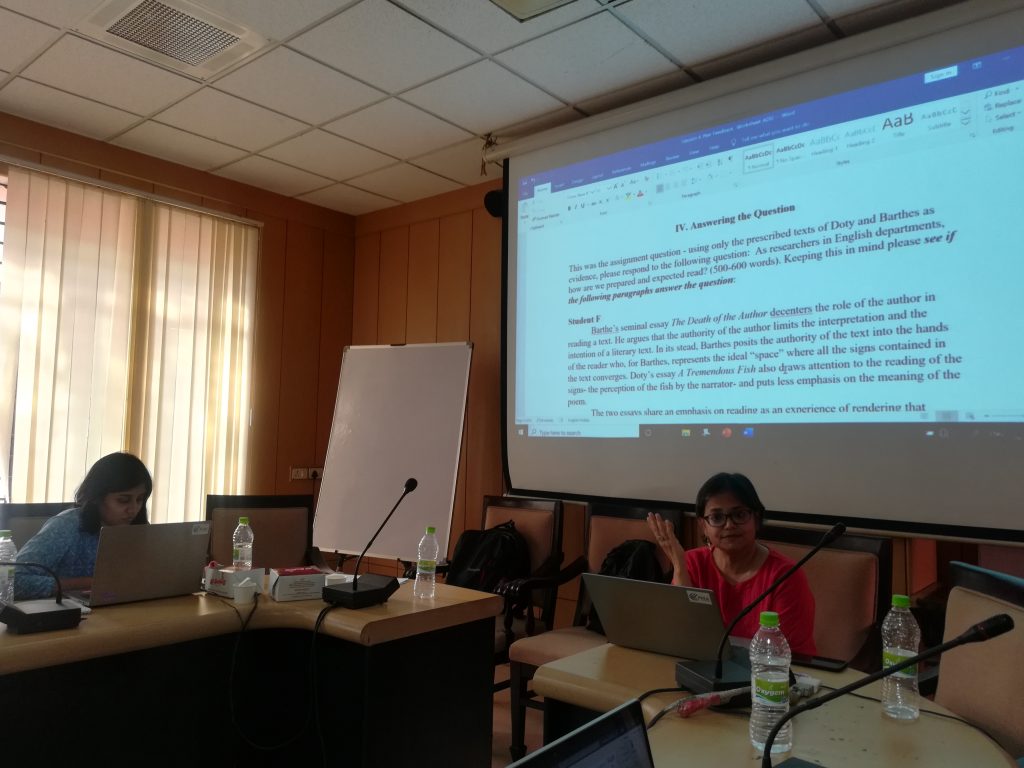 On second day, the first session began with a writing exercise. This exercise focussed on the construction of sentences. This was followed by a lecture entitled “Between Literary Criticism and Theory: Academic Writing as a Literary Scholar” by Prof Anannya Dasgupta, which helped audiences to understand the place of literary scholars in the close reading of texts. This was followed by sessions on the construction of paragraphs and the formation of sentences.

These sessions helped students focus on the basics of writing in the making of an argument. The day ended with a feedback session with the resource persons that involved an open discussion on what students learnt from the workshop.