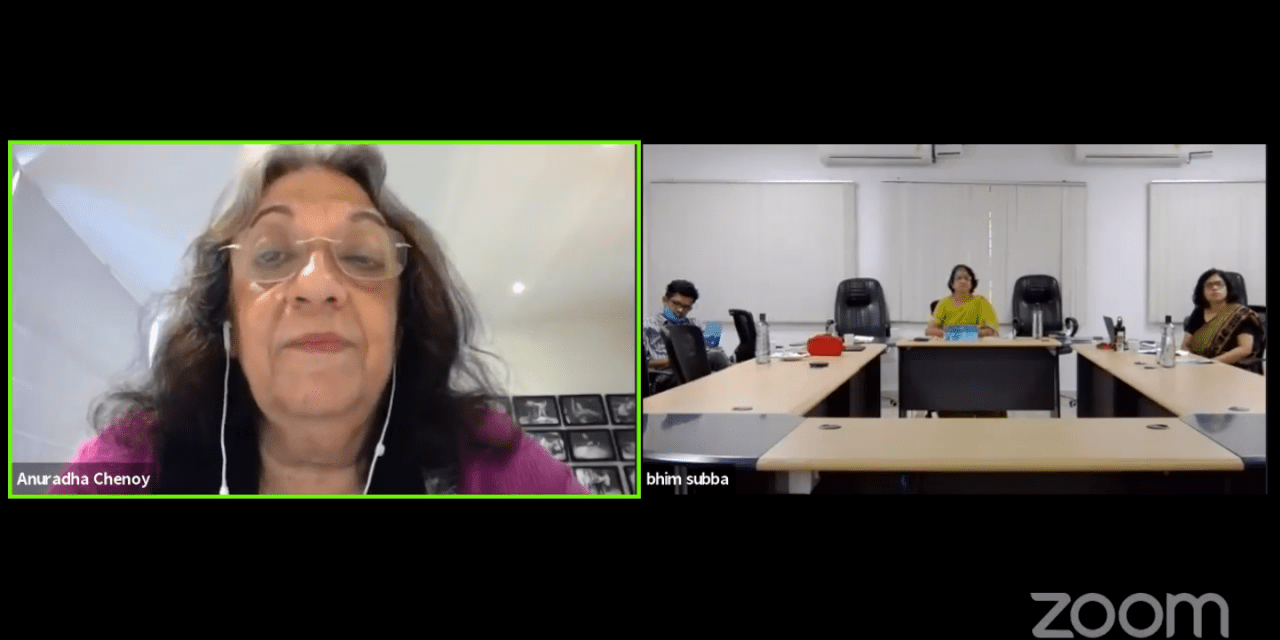 “Human Security is not soft power because soft power is used to influence behaviour of others whereas human security is to do with people’s well being. In the first report on human security, it was defined as: ‘the freedom from want and freedom from fear. So the question is, Have the leaders and regime really shifted their attention to human security? Why is human security so important? Why do policy makers need to shift their attention to the human security paradigm?” said Professor Anuradha Chenoy, addressing the inaugural session of a webinar on the topic “Human Security: The Need for a Paradigm Shift in India” organized by the School of Social Sciences, University of Hyderabad (UoH) on October 7, 2020.

This keynote address was a part of the preparatory webinar for MA in Human Security, that is expected to launch in June 2021 under the Institution of Eminence (IoE) scheme of UoH. 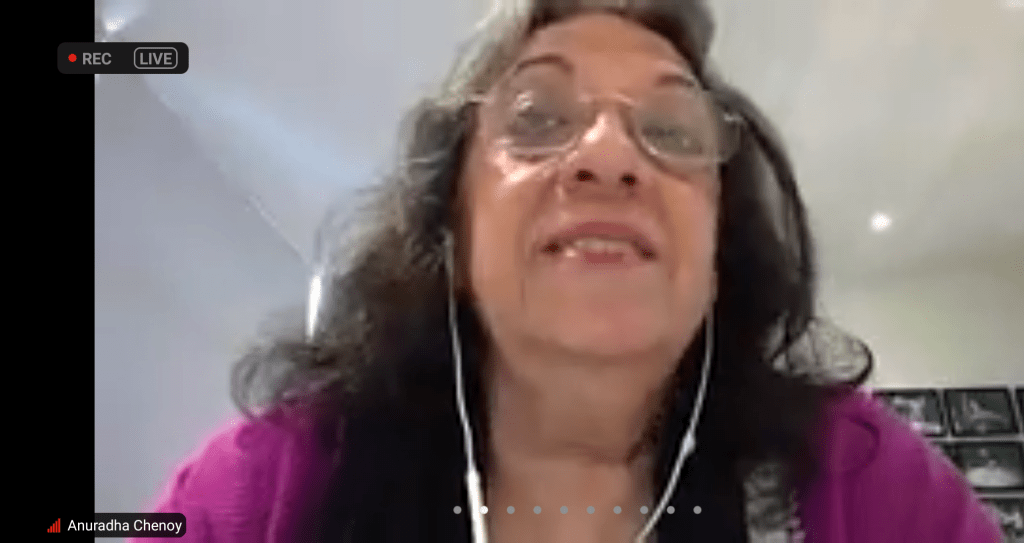 Professor Chenoy is former Professor and Dean at School of International Studies, Jawaharlal Nehru University, New Delhi and she has held short term consultancies with the International Committee of the Red Cross, UNESCO, Action Aid International, UN PeaceKeepers and also evaluated works of the Asia Europe Peoples Forum. She has also been the chairperson of Area studies, director in the Centre for Russian and Central Asian Studies. She has written many books in the domain of security studies and gender studies.

Continuing her address, Prof Chenoy said, “Analysis, statistics, logistics, visuals, evidences and anecdotes suggest that the international system is embedded in multiple traps, for instance: the pandemic and health crisis, economic recession and unemployment widening social inequalities, climate change and ecological disasters, anxiety and distress on people, response of states to cure these aspirations is often either to blame some other, civil wars, aggression on borders, regional conflict have continued to grow and therefore, all of these raise my first argument that the case of Human security at this conjecture is so necessary for survival itself. My argument is that traditional security no longer can handle these threats. Further the paradigm of traditional security reflects hegemonic narratives, while human security and non-traditional security are especially beneficial to both people and states in third world countries like India and the state needs to realize that.”

She highlighted the objective of human security and said, “It is humanitarian, holistic, interconnected, that is it brings in different fields like the political economy, the study of society and other an that is why it is wonderful that the human security course designed by the UoH has understood this interdisciplinary methodology. Human security is inclusive and it builds on many earlier normative works on security like peace studies. Now we have two main parallel paradigms: state-based traditional security which includes realists, neo-realists, and others versus the second alternative, a non-traditional security framework that includes the human security, feminists, critical thinkers and several others.”

Prof Anuradha concluded saying, “Human security is an excellent framework for geopolitics, geo strategy, conflict resolution, for understanding conflicts because it helps in early mediation, for communities who have lived together in the past, or for new reconciliation methods for communities that develop differences.”

Addressing the question of Dr Alka Parashar Sen, former professor at Department of History, UoH, Prof. Chenoy elaborated on how societies should handle the question of the “others” and said, “We are the others. The point of others comes when we don’t see similarity between them and us. Others can be migrants, women, class and caste is the other, religion minorities can be other. This brings us to the point that nature, humanity, human beings, society are plural. We must show that the other should not be stigmatized, we should not see it’s a threat and they should not be placed inferior.”