The University of Hyderabad has in the recent past initiated many campus developmental activities that include energy conservation and harnessing of renewable energy, water development and management, desilting of lakes, conservation of green forest and environment, solid waste management etc. Another feather in its cap now is harnessing Solar Power. This project has been initiated and the first plant has been implemented in a record time of 30 days. Vice-Chancellor, Prof. Ramakrishna Ramaswamy today inaugurated the 100KW roof-top Solar Power Plant at the Indira Gandhi Memorial Library on Sunday 14th April 2013.

The University of Hyderabad runs many academic programs in various schools and departments and has a student population of about 5000. The University consumes 13 lakh units of electricity per month for its academic buildings, hostels and other residential areas, and incurs an expenditure of more than one crore rupees towards its monthly electricity bills. Further, the University runs many generators and UPS systems as back up for power supply to overcome the frequent power cuts in the state of art laboratories and academic buildings.

The Vice-Chancellor has taken a positive step with a foresight and sanctioned the installation of first solar power plant on the campus to meet the total power needs of the Indira Gandhi Memorial Library, one of the largest libraries in the country. The University Library requires power round the clock as most of the students use the Air-conditioned ‘Reading Halls’ till late in the night, and consumes about 600 units of power per day, which costs Rs 1 lakh per month. The solar power plant installed on the roof of the Library building with 440 solar panels can generate 100 KW power by PEC, a public sector company with a cost of Rs 2 crores, 30% of which will be paid by the Govt. of India as a subsidy. This solar plant provides uninterrupted and stable power of 500 units per day and the whole system lasts for a minimum period of 25 years. After Solar power plant installation, the entire building becomes grid independent.

Harnessing Solar Power just hit a new landmark in India and it costs the same as electric power grids. The government aims to produce 20GW Solar Power by the year 2022. Despite the high cost of installing photovoltaic arrays in India, in feat for green energy, the country has achieved grid parity for solar power. On the other hand, right now China is the biggest producer and would soon become the world’s biggest solar market. The current biggest concentrating solar farm plant has started operations in the UAE, and an even bigger solar CSP is under construction in the Mojave Desert in the United States.

Prof. Ramaswamy while inaugurating the Solar Power plant  said, “The University is planning to go for 9 MW power farm in a phased manner on the campus in the near future, and is striving to cut the costs of mounting electricity bills. The unusable area near ‘High Tension” power lines will be utilized for setting up solar power farm with a capacity of 9 MW power supply”. 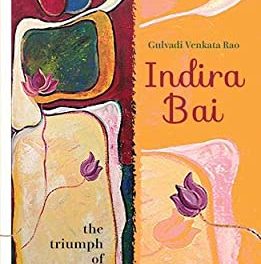