Inamullah Khan Yaqeen:Ahad aur Shairi ( Inamullah Khan Yaqeen : Age and Poetry) is a book written by Md. Zahidul Haque, faculty in the Department of Urdu, University of Hyderabad (UoH). The book published by Rao Publishing House, Delhi has Late Prof Mohd. Hasan, Professor Emeritus in the Centre of Indian Languages, School of Language, Literature & Culture Studies, JNU, New Delhi opining elaborately about the book on the back cover. The preface has been written by (Late) Prof. Wahab Ashrafi, a renowned scholar, critic and Sahitya Akademi awardee. The book has quite a few selected ghazals of Yaqeen.

When we go through the book we get many new information about Inamullah Khan Yaqeen his poetry and age. Most interestingly the appreciation of his ghazals has been done in a way by using modern tools of criticism. The ghazals of Yaqeen have also been evaluated in the background of comparative studies.

Inamullah Khan Yaqeen is among the prominent Urdu poets of 18th century. He was born in 1727 and died at a very young age of 28 years in 1755. He wrote only 170 ghazals. The unique feature of his ghazals is that every ghazal has five couplets. Among his contemporaries are the greats like Meer Taqi Meer (1722-1810), Khwaja Meer Dard (1720-1785) and Mirza Mohammad Rafi Sauda (1706-1781). When we go through the early writings (the Tazkerah) about Urdu poetry of the said period, it is amazing to know that Inamullah Khan Yaqeen and his poetry, being five years younger to Meer Taqi Meer, were more popular than any young poet and their poetry. One wonders and tries to find out the reasons of his poetry being so famous across the country from north to south in the 18th century. When a reader comes across the ghazals of Yaqeen, the very first thing which attracts is the simple, attractive but meaningful use of the words in the poetry.

Apart from this, the ghazals of Yaqeen has optimistic aspects of life in its fold which is rampant in his couplets.

Yaqeen wrote ghazals in 18th century when his contemporaries were using old style words, topics, thoughts etc, Yaqeen adopted a totally different path which not only gave him distinct recognition from others but the future generations also adopted his diction, style and the way of presenting the thoughts. Yaqeen’s poetry impressed the contemporaries as well and established the foundation for the swift and overall development of  ghazal in that era. Alas, he died at a very young age of 28 years, if he would have lived long, Urdu ghazal would have not waited for the 19th and 20th centuries for widening its horizon by the great poets like Ghalib, Momin, Zauq, Daagh etc. 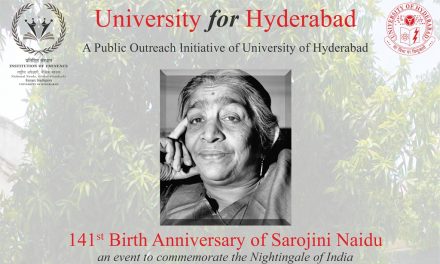 From a Mockingbird to an Indian Koel: the many voices of Sarojini Naidu