Indian Writing in English: A Symposium 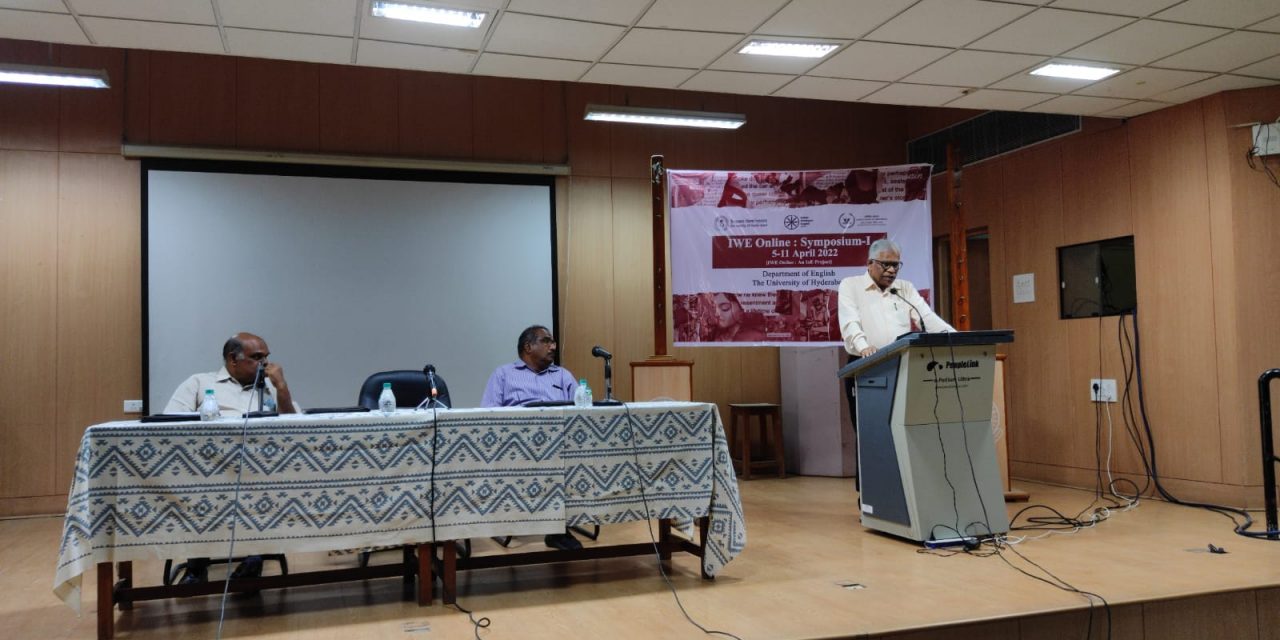 Indian Writing in English Online (IWE Online), a project being coordinated under the aegis of the Institution of Eminence (IoE) by Anna Kurian and Pramod K. Nayar of the Department of English, conducted its first Symposium between 5th and 11th April 2022. 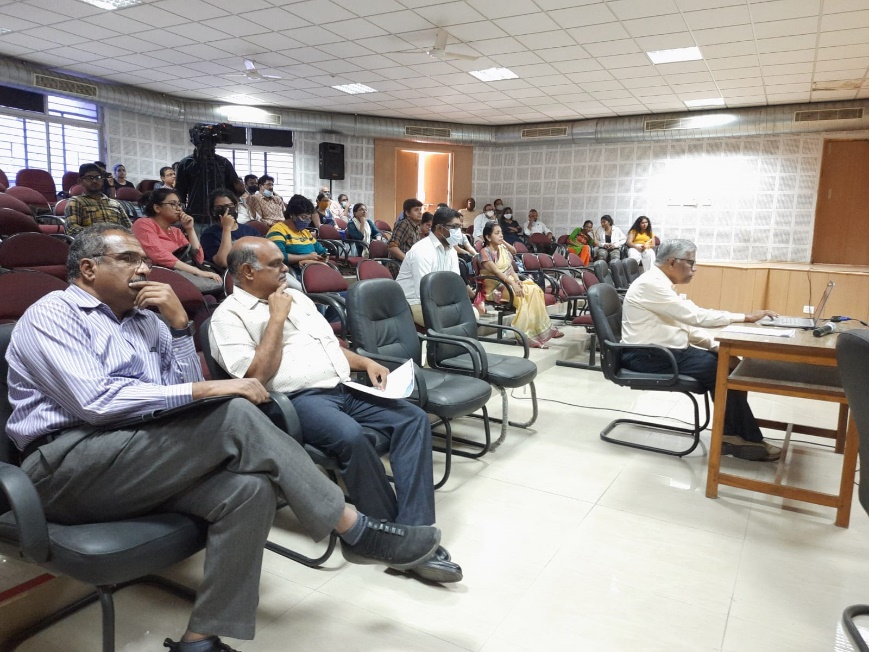 The Symposium was centered around three important themes of Indian Writing in English: Graphics, Modernisms and Sexualities, and Dalit Writing in Translation.

The first thematic cluster (April 5 and 6), “Indian Graphics”, began with a lecture titled “Archiving PostIndependent Indian Pictorial Satire” by Christel Devadawson (University of Delhi). Focusing on political cartoons by RK Laxman, Shankar and several others, her talk discussed the treatment of boundaries, relations and the society by these cartoonists and the academic treatment of ‘archives” themselves. Shalini Srinivasan (Azim Premji University) in her lecture on April 6, titled “History-Making Heroes: Three Cases and Some Questions” discussed Amar Chitra Katha’s Shivaji by B.R. Bhagwat, Orijit Sen’s River of Stories and Malik Sajad’s Munnu, for their themes of the hero-figure, the map-metaphor and history-making itself. The final talk in the cluster was by Dyuti Mittal, illustrator, artist and graphic novelist who took the audience through the process of her art. An invigorating conversation among the three covered abstraction and distortion as visual techniques, the challenges of ensuring gender parity in representation, the breaking of visual conventions and the task of curating a visual cultures syllabus. 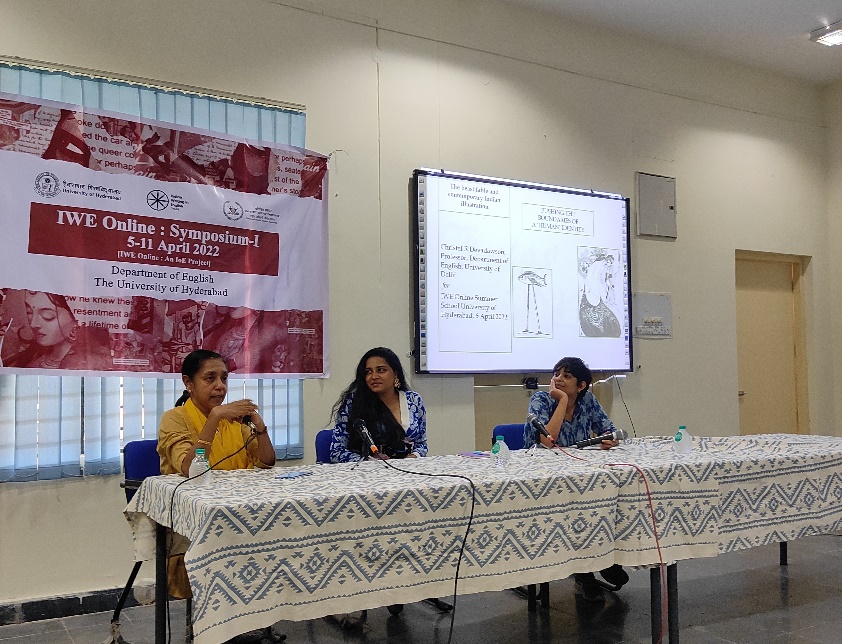 April 6: Prof Christel Devadawson talks of the beast fable as an exemplar of breaking visual conventions in her conversation with Dyuti Mittal, Illustrator and Shalini Srinivasan from Azim Premji University on “Indian Graphics”

The second thematic cluster of the symposium (April 7-8) titled “Modernisms and Sexualities” began with a lecture by Meena T. Pillai (University of Kerala) on “The Nation and its Men: Masculinity, Modernity, and the Body in Indian Writing in English”, which focussed on the Indian English novel as a reflection and a critique of modernity. Citing examples like Bankim Chandra Chatterjee’s Rajmohan’s Wife, the first Indian English novel. She argued that the rise of the novel in the colonial era coincided with the rise of individualism and privileged interiorities along with new forms of masculinities and femininities. Next, Brinda Bose (Jawaharlal Nehru University) delivered a lecture titled “Teaching Indian Modernisms”, which surveyed the various features of ‘Indian’ modernisms by using case studies from the Clearing House poetry collective of Bombay, Arun Kolatkar, Suniti Namjoshi, and Kamala Das. Karen Gabriel (St. Stephen’s College, New Delhi) lectured on “Writing Gender and Nation” and drew a useful distinction between contemporary Indian literary and commercial fiction. The panel discussion which ensued focussed on the issue of “Sexual Dissidence”, and dealt with such themes as sexual taboos, state and self-censorship, a pedagogy of difference, and privacy. 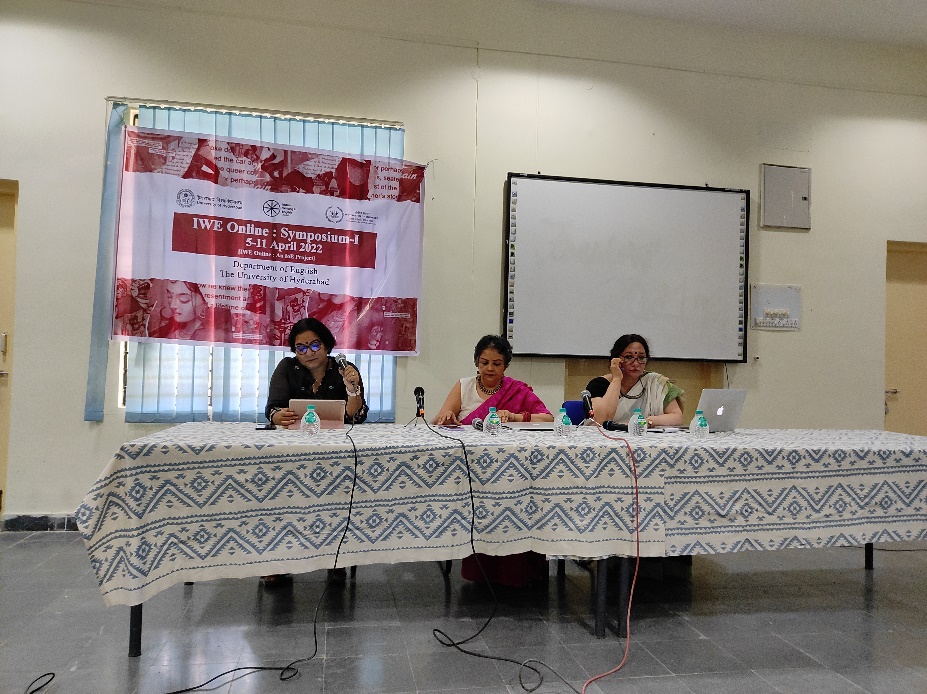 The final thematic cluster titled “Dalit Literature in English Translation” (April 11) began with a lecture titled “Dalits in Indian English novels” by Raj Kumar (University of Delhi), which offered a background to the emergence of Dalit issues and characters in Indian English novels by referring to texts such as Unnava Lakshminarayana’s Malapalli, Premchand’s Rangbhoomi, Mulk Raj Anand’s Untouchable, and Rohinton Mistry’s A Fine Balance. Professor Kumar was then joined by Professor Sipra Mukherjee (West Bengal State University) for a conversation on themes like the equation between the author and the translator, the difficulty of translating regional dialects, and the difference between caste, class, and race. The final session was a lecture by Sipra Mukherjee titled “Translating the Other’s Voice: Issues of Gender, Caste and Class in Translation”, which reflected upon the various negotiations made by the translator in dealing with issues of gender, class, and identity in Dalit narratives, in order to replicate them in other languages.

Thus concluded the first IWE Online Symposium, which brought together speakers from across India, and saw enthusiastic participation by students and research scholars from across disciplines. 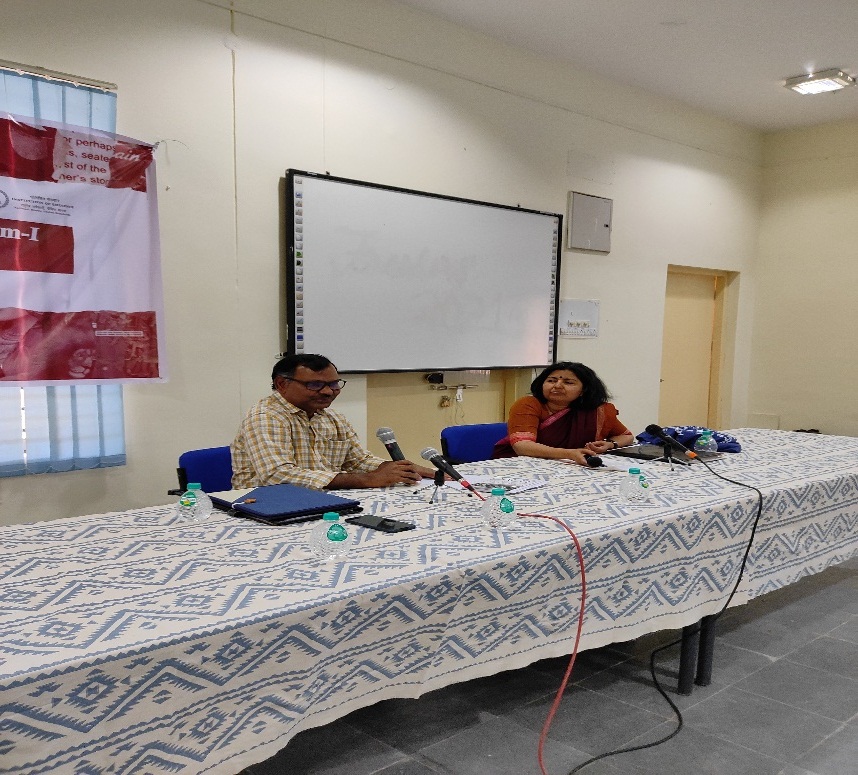 April 11: Prof Raj Kumar and Prof Sipra Mukherjee in conversation about translators, Dalit writers and the dynamics of power between them