Department of Biotechnology & Bioinformatics, School of Life Sciences, University of Hyderabad (UoH) and the Association of Biotechnology and Pharmacy (ABAP) organized International Conference on Innovations in Pharma and Biopharma Industry (ICIPBI-2017) from 20th to 22nd December. In this conference, renowned scientists and industry leaders from India and abroad delivered lectures. Conveners and organizers of the conference Profs. Prakash Babu, Reddanna, Anand Kumar Kondapi, Padmasree said, “commencement of ICIPBI-2017 would be a step towards providing a platform for basic scientists, clinicians and industrialists to come together and showcase their strengths, expertise and explore possible collaborations so as to promote novel discovery and development of pharma and biopharmaceuticals”. UoH is committed to create an ideal environment for the scientist-based start-up enterprises focusing on innovation and creativity. This is also in line with the broader national mission of start-up India and make-in India. There are 200 delegates participated nationally and internationally.

The first session was an intensive detailed talk on work done on types of cancers such as breast, colon and human non-small cell lung carcinoma. Apart from this the first session also included a keynote speaker, Dr. Sesikeren B who discussed in detail about the regulatory pathway in a recombinant biological molecule followed by the talk of the awardee, Prof. Prakash Babu on mechanism and possible therapy for the cerebral malaria. The second session similarly saw detailed talks on G quadruplexes and nanotechnologies for bio fuel production by the awardees Prof. Muniyappa and Prof. Ramteke respectively. Post lunch progressed into the beginning of the third and the fourth session wherein the awardees Dr. Bhashyam, Dr. Sudhakar, Prof. Madhubala and Dr. Choudhary detailed on non-canonical oncogene transcriptional target, anticancer compounds by endophytic fungi, treatment for visceral leishmaniasis and pharmaceutical formulation design. The other speakers spoke broadly on various other topics such as oxidative stress on diabetic mice, endophytic fungal diversity, micronutrient deficiency in ADHD and virtual bioactive molecules activation. The end of the first of this three day conference began a great interaction amongst the students and the researchers.

The second day of the conference i.e 21st of December 2017 commenced with enlightening talks on various subjects. Dr. Venkata Saikiran C. spoke about the importance of characterizing nanomaterials during synthesis and presented how electron microscopy aids in intricately studying translational and medicinal nanomaterials. Dr. Ayesha Noor showed how casein encapsulation of plant polyphenols increases their stability and retains their antioxidant properties for as long as 12 months. Following this talk, Dr. Dakshyani Lomada revealed crucial pathways connecting self-reactive T cells to severe autoimmune disease development leading to esophageal cancer development. Following lunch, the students gave poster presentations on their various PhD topics. The afternoon session began with a talk by Prof. Sanjeev Kumar Singh who showed us how computational drug designing can help in designing and developing new anti-viral drugs and vaccines using lesser time and effort to combat potent diseases such as HIV/AIDS. Prof. Mrinal K. Bhattacharyya talked about how homologous recombination pathway in Plasmodium can be targeted to inhibit the parasite and effectively curb malaria. Prof. Farhan J. Ahmed then spoke about how Nano formulations of herbal constituents can make them more effective as therapeutic drugs. The session ended with a talk by Dr. Venkata Prasuja N. who demonstrated how apocynin post-treatment regulates unfolded protein response by reducing ROS generation and curtails brain damage.

The third day of the conference i.e 22nd of December 2017 started with the session talk by Prof Satya P Kunapuli on the regulation of Protein kinase C for platelet activation. The next talk was delivered by Prof. M.V.S. Prasad on the management of pharmacological waste and its effects on biodiversity. Sessions for oral presentations for the young scientist awards below and above 30 years were also held. 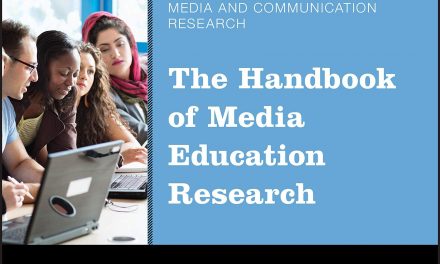