Celebrating the occasion of VIRASAT 2017, SPIC MACAY University of Hyderabad (UoH) Sub-chapter had organized for a 5 day Kathak workshop, from the 6th of March 2017 to the 11th of March 2017 in the University campus. The workshop was conducted by eminent Kathak dancer, Smt. Sushmita Banerjee, accompanied by Shri. Sanjoy Mukherjee on the tabla and Shri. Partho Chakraborty on harmonium and vocal.

Kathak is identified to be one of the ten main genres of ancient Indian classical dance. This dance form had originated from the travelling bards of North India referred to as kathakars or story-tellers, who wandered around communicating and narrating legendary stories through music, dance, songs and vivid expressions. Kathak is categorized into three different schools or ‘gharanas’, namely, the Lucknow Gharana; the Benaras Gharana; and the Jaipur Gharana. This workshop was however conducted under the Lucknow gharana.

When the essence of North India touched the soils of Deccan India through the chaste rhythmic sounds of its musical anklets called ‘ghungroos’, not many could resist themselves from being a part of the workshop, even if the timings demanded a sacrifice of one’s sleep. The grooming continued in full swing from 6am to 8am every day, and so enthusiastic were the students that the workshop was extended for one more day and therefore went on till the 11th of March 2017.

The classes were well designed for both beginners as well as those already trained in the dance form. Some of the basics from the dance form were touched upon and practiced till perfection was attained by all. The ‘teental’ footwork, expressions or ‘abhinaya’, two ‘bols’ or the rhythmic compositions, the style of performing or ‘thaat’, a poem recitation or ‘kavitangi’ or ‘thumri’, ‘guru vandana’ and a song recitation were all covered with much poise and patience in the span of a week. Every participant returned back not only with sweet memories, but with an ultimate satisfaction of realizing that there is indeed no end to learning. 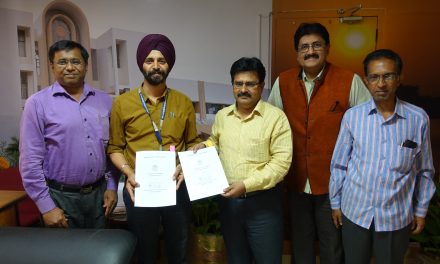