Prof. Bijker reflected on various Indian and European experiments with democratization of science and technology and asked how a national agenda for research and innovation could be formulated by the people, collectively as stakeholders. He illustrated how the field of Science, Technology and Society Studies (STS) provides a useful means for collectively developing a science agenda to tackle societal challenges.
The talk was majorly focused on social construction of knowledge. Talking about the scientists he said how by interacting with outsider scientists becomes anthropologists too. While talking to science enthusiast present during the lecture he warned them about the implications of scientific discoveries by saying, “Not that anything is true, since social factors matter to a large extent.”

During the lecture, Prof. Bijker extensively spoke on the importance of societal dialogue related to a scientific discovery, his project on Biogas and Handloom weaving with Dr. Annapurna Mamidipudi, Post-doctoral fellow, Max Planck Institute for the History of Science and Responsible Research Innovation (RRI).

He concluded by focusing on the need of bold modesty that is being confident in one’s knowledge and combining it with modesty and learn from others as well. The lecture ended with the formal vote of thanks by Prof. C Raghava Reddy, Head of CKCIS.

Prof. B. P. Sanjay, Pro-Vice Chancellor, presided over the lecture. The lecture was attended by students and faculty from the university as well as other institutions such as Tata Institute of Social Sciences (TISS) and Indian Institute of Technology – Hyderabad (IIT-H).

Earlier in the day, Prof. Wiebe E. Bijker delivered the Keynote address at a workshop organized by CKCIS on “Recent trends in Science, Technology & Society (STS) Studies”. The workshop was presided over by Prof. P. Venkata Rao, Dean, School of Social Sciences. Several prominent STS scholars participated in the workshop, which also saw the participation of students from UoH, TISS, IIT-H as well as from other civil society organizations from across India.

Wiebe E. Bijker is professor emeritus of Technology & Society at the University of Maastricht, the Netherlands. He was trained as an engineer in applied physics (Technical University of Delft), studied philosophy (University of Groningen), and holds a PhD in the sociology and history of technology (University of Twente).

In 1983, Bijker formulated the ‘social construction of technology’ (SCOT) heuristics and theory, which led to the 1987 volume ‘The Social Construction of Technological Systems’ that came to be considered the beginning of ‘the new sociology of technology. Bijker’s research focuses on the relation between technology, society, and science in a variety of domains: nanotechnologies, biotechnologies, ICT, gender, public health, science & technology for developing nations, sustainable agriculture, public participation, architecture and planning. Bijker has chaired various government health committees on risks and benefits of nanotechnologies and biotechnologies. He has been involved in several civil society initiatives in the global South, like the Knowledge in Civil Society Forum in India.

Panel Discussion on Use of Language in Journalism 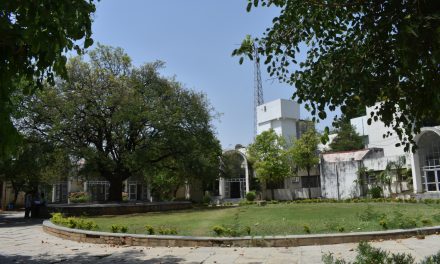