A delegation of Korean teachers comprising of teachers from Korea and India visited Centre for Study of Foreign Languages (CSFL), University of Hyderabad and held discussions on possible academic collaborations. These teachers have come to ELFU for a seminar. Welcoming the delegation, Prof J Prabhakara Rao, Head CSFL, mentioned about the activities of the Centre in general and teaching of Korean language, in particular. Some of the teachers from Korea have mentioned that they will help the Centre to establish link with Korean Cultural Centre in Hyderabad so that CSFL can initiate discussions on reintroducing Korean Language in the Centre.

Prof. Prabhakara Rao has proposed to hold an International Conference on a broad theme with Korea jointly organized by University of Hyderabad, Jawaharlal Nehru University, Jamia Millia Islamia and English and Foreign Languages University in India. The delegation in principle welcomed the proposal and the modalities will be worked out. He also broached the idea of having online Korean language courses. 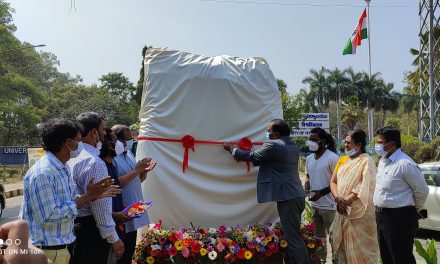 Dedicate ourselves to creating the India that Dr. Ambedkar dreamt of: E Haribabu