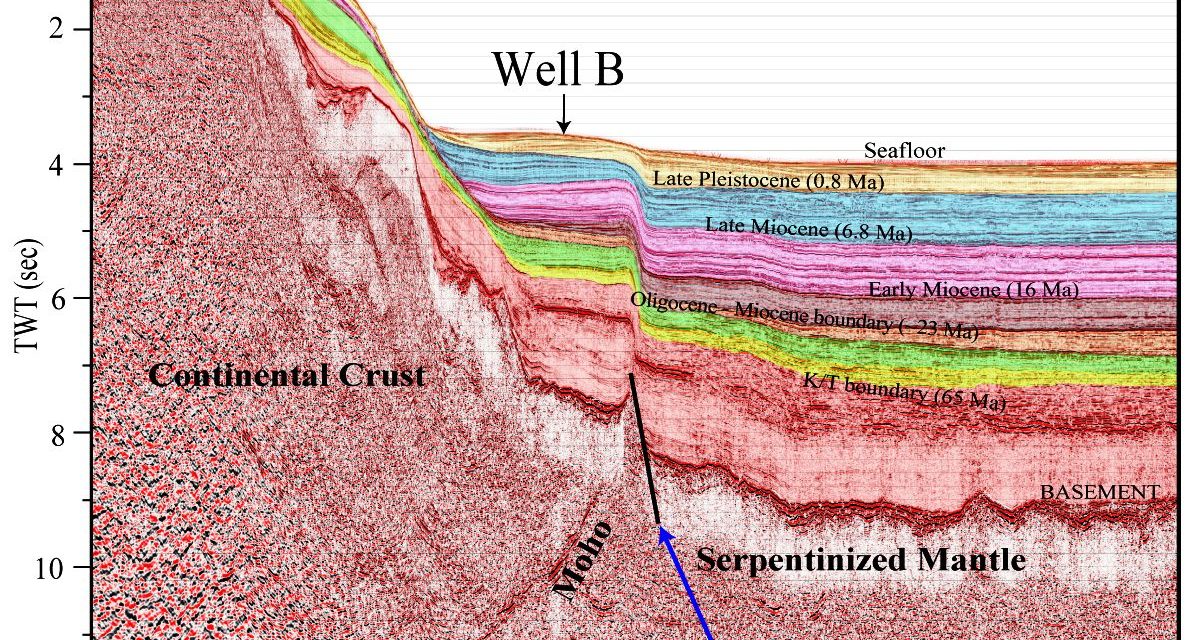 Researchers from UoH have identified through a national collaboration

A research team from University of Hyderabad (UoH),  in collaboration with National Institute of Oceanography and Oil & Natural Gas Corporation Ltd. have uncovered the presence of once repetitively active fracture line (geologically termed as fault line) to the east of north Andhra Pradesh.  The fracture line has a maximum activity focussed in the vicinity of offshore Visakhapatnam. Further, the researchers opined that the fracture line may possibly become active again in future and turn out to be a major coastal hazardous event associated with seismicity and tsunami in and around Visakhapatnam region, north Andhra Pradesh.

In the last 200 million years, two super-continents called Gondwana and Laurasia have fragmented into a number of continental blocks, and then wandered to current positions on the surface of the Earth. In the process, the edges of continents are associated with one of the two categories of continental margins: passive and active margins. Passive margins are tectonically inactive and lie mostly on peripheries of Atlantic and Indian Oceans, while the active margins are bordered by the edges of the Pacific Ocean. The Eastern Margin of India broke apart from the East Antarctica 130 million years ago and presently adjoins the Bay of Bengal in its west is supposed to remain as a stable passive continental margin. Contrary to this conventional belief, the segment of the Eastern margin of India, geographically covers the north Andhra Pradesh, is associated with lateral movements together with seismicity and tsunami generations.

Continental collision that occurred between India and Asia around 40 million years ago led to the formation of the highest mountain range in the world – the Himalaya – which in turn was responsible for major changes in regional and global climatic conditions. Interactions between the Himalayan mountain range and Asian climate initiated erosional process in the Himalayan and Tibetan regions, thereby the river systems of the sub-continent carried copious amount of  terrigenous material to the Bay of Bengal with a thickness reaching up to 22 km in Bengal offshore basin. This huge sediment load had shown its mechanical impact on eastern margin of India where heterogeneous rocks adjoin. 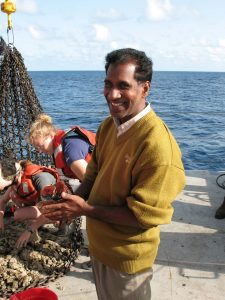 The research team consists of Prof. K.S. Krishna and Dr. M. Ismaiel from UoH, Dr. K. Srinivas from National Institute of Oceanography and Dr. D. Saha from Oil & Natural Gas Corporation Ltd. analyzed seismic reflection data in order to address a cause-effect relationship between the sediment load and response of underneath heterogeneous igneous rocks in the Bay of Bengal. They found a presence of a 300 km long fracture line in the offshore region of north Andhra Pradesh and about 100 km away from the coastline. In geological sense the fracture line borders eastern side of the offshore Bastar craton between the Pranahita-Godavari graben in the south and Nagavali-Vamshadhara shear zone in the north.

The study concluded that fracture line activity in offshore Krishna-Godavari Basin was variable in nature, to begin with episodic starting at about 16 million years ago and resumed again at 6.8 million years, from there the activity was continuous until 0.3 million years. Excessive vertical throws (106 and 342 m) occurred at the ages of 16 and 6.8 million years ago over a distance of 300 km in offshore north Andhra Pradesh may have triggered the seismicity and prompted the generation of intensive tsunami events. Presently, the fracture line is inactive and may possibly become active whenever the differential stresses on either side of the fracture line reach threshold level and may turn out to be a geohazard event in future. The timing of future activity is not easy to predict, but the activity will certainly reoccur in a short time in geological sense. 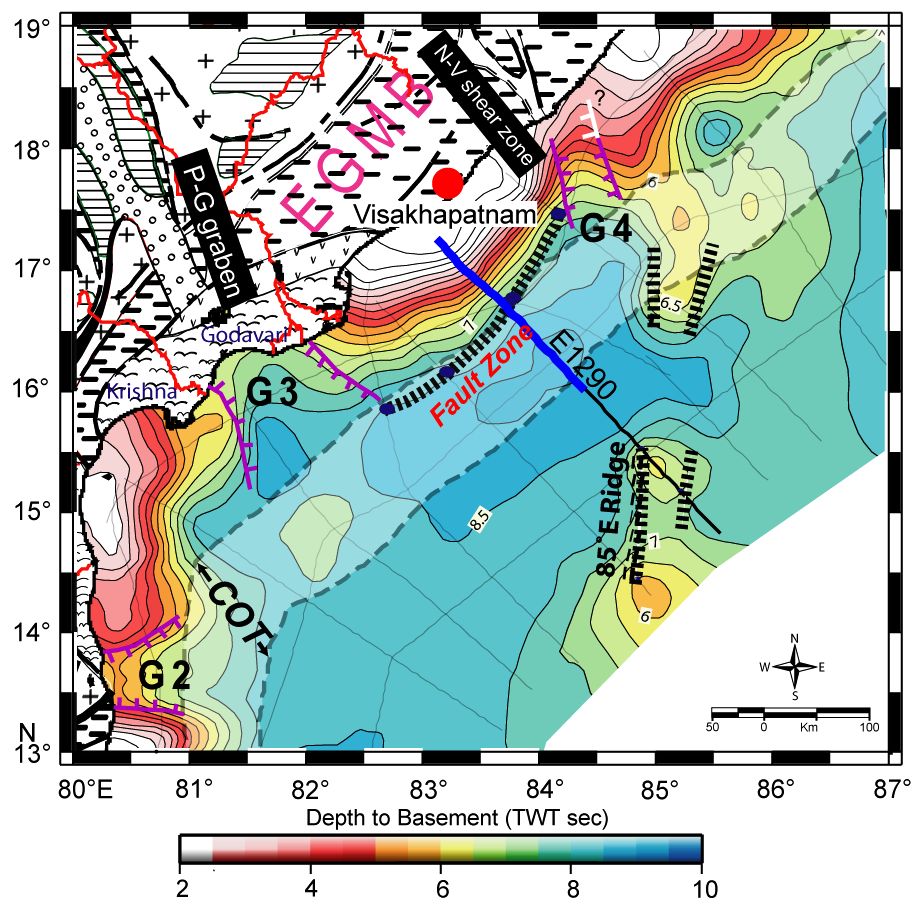 The concept of tectonically quiescent passive continental margin during the post-rift period is no longer valid for the Eastern Marin of India, particularly the segment of the north Andhra Pradesh. Thus, the eye-opening finding of this work is asking a thought-provoking question: are “passive margins” really passive and challenging the old concept of absence of seismicity by relaxation of bending stresses generated by sediment loading.

This study was reported in a recent issue of Journal of Earth System Science, published by the Indian Academy of Sciences.