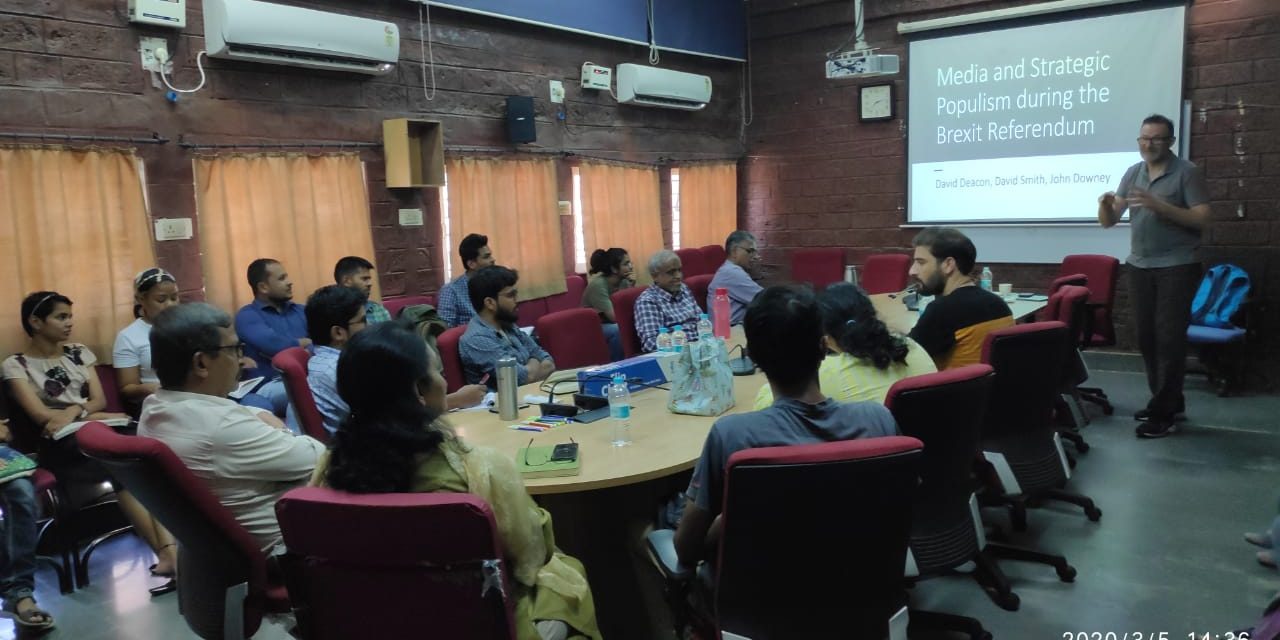 The Department of Communication, University of Hyderabad organised a research roundtable on ‘Media and Strategic Populism during 2016 EU Referendum’ by Prof. John Downey on 05 March, 2020. 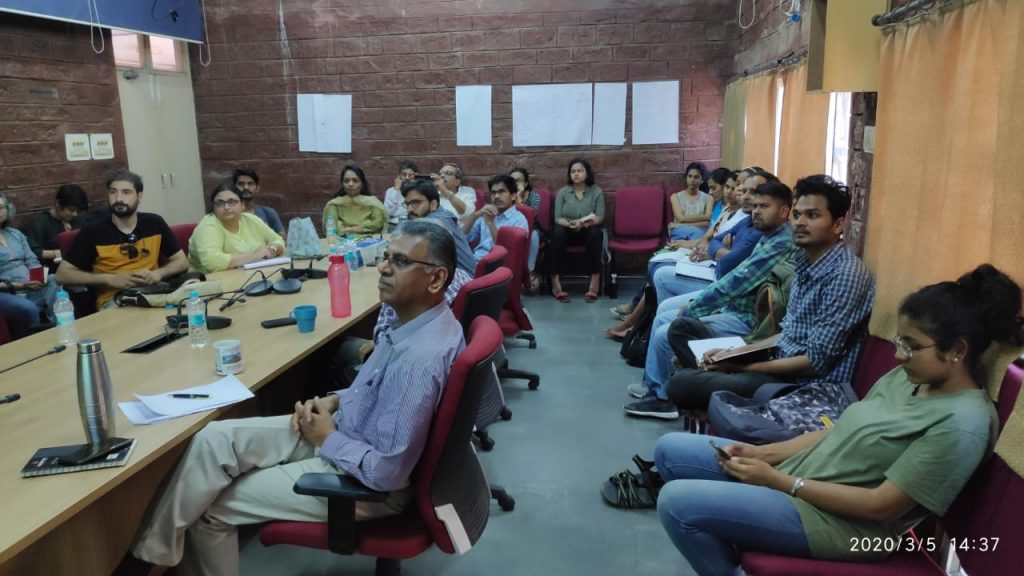 Prof. John Downey is a professor of Communication and Media at the School of Social Sciences and Humanities in Loughborough University in UK. First and Second years students of MA Communication, Ph.D. scholars and the faculty of the department participated.

John started off by defining populism and eventually taking up the question of how media influences rhetoric especially during elections. His research was based on content analysis of UK’s ten national newspapers for anti-immigrant and anti-elite rhetoric. He said that there is a change in the passivity of media over the years. 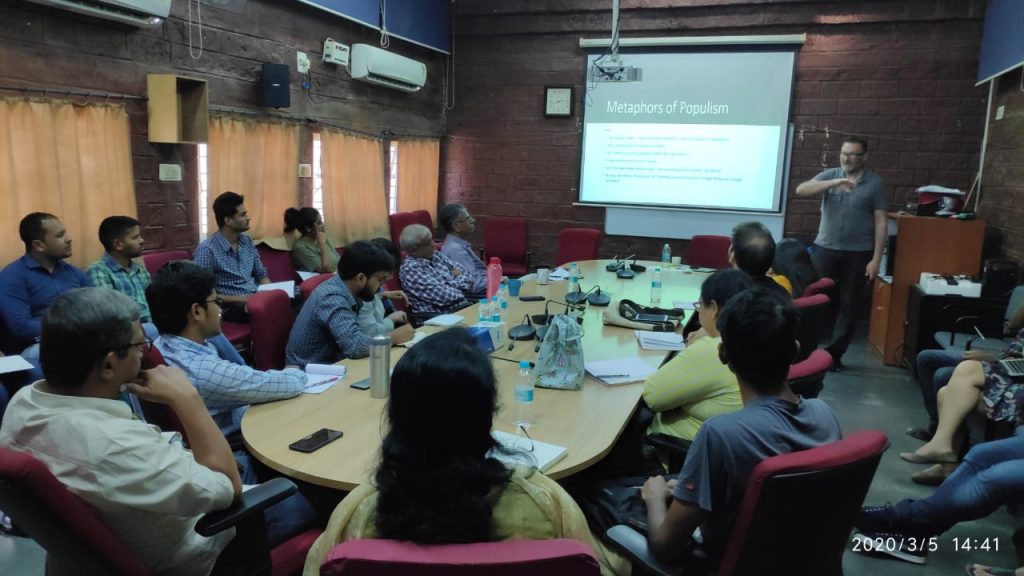 Though it was a purely academic, serious session John employed various tactics to hold the attention of the audience. The very first slide is the perfect example. He put an image of Boris Johnson riding on a zip wire with two Union Jacks, one in both hands.The presentation was followed by an interactive question and answer session. Both the students and faculty participated actively.