In an ICSSR funded international seminar on Migrations, Homelands and Heimat, organized jointly by the Centre for Regional Studies, the Centre for Women’s Studies and the Department of Sociology along with the Goethe-Zentrum Hyderabad there was an attempt to understand the ways in which the struggle for “Heimat”(homeland) —whether the seeking of a new one or the re-imagination of one’s own home is interpreted. The keynote speaker was Prof. Margaret Abraham, from Hofstra University in New York and the president of the International Sociological Association.. She is the author of Speaking the Unspeakable: Marital Violence Among South Asian Immigrants in the United States (Rutgers University Press, 2000; American Sociological Association Section on Asia and Asian America Outstanding Book Award in 2002) and a co-edited book, Contours of Citizenship: Women, Diversity and the Practices of Citizenship (Ashgate, Spring 2010).

The keynote address was titled “Migrations, Heimat and Homelands: Citizenship and Belonging” and the speaker traversed the geographical, historical socio- political economic and emotional connections between the idea of the homeland and the realities that surrounded it. She used the concept of sociological imagination and its connect to both the personal and the political unpacking of home and belonging in the 20th and 21st centuries. She spoke of marginalities created by different forms of discrimination, such as slavery, apartheid and the Holocaust. Her early work on Jews in India and later work on violence against South Asian women in the diaspora dealt with these notions of rootlessness and the legal connect to belonging. The concept of dual marginality was also discussed in detail and she spoke about the Indian state now moving toward dual citizenship with the Overseas Citizen of India card which allows for emotional belonging to both homelands rather than the traditional single one. The address ended with the critique of the state and its attempt to undermine diversities and attempt to project a mythical unified territory.

Films are a collection of experiences in life – Indraganti Mohana Krishna 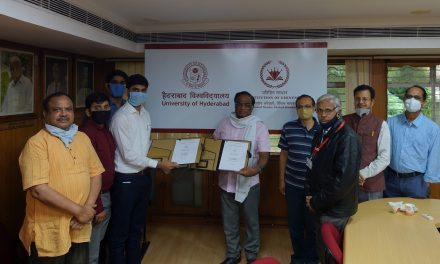