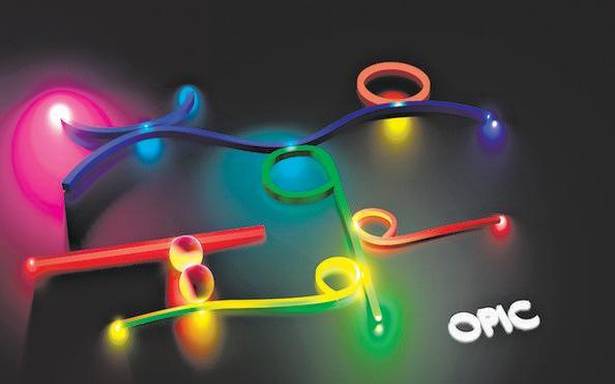 Crystals are normally rigid, stiff structures, but researchers from University of Hyderabad have shown how crystals can be sliced and even bent using atomic force microscopy. Manipulating them with precision and control comes in very useful in the field of nanophotonics, a qualitative, emerging field where the aim is to go beyond electronics and build up circuits driven entirely by photons (light). If the technique can be successfully developed, this can achieve an unprecedented level of miniaturisation and pave the way to all-opticaltechnology such as pliable, wearable devices operated by light entirely.

Bending light path Light, when left to itself moves along straight paths, so it is crucial to develop materials and technology that can cause its path to bend along what is required in the circuits. This is like using fibre optics, but at the nanoscale level using organic crystals. The Hyderabad group has demonstrated how such crystals can be lifted, bent, moved, transferred and sliced using atomic force microscopy. They add a crucial piece to the jigsaw puzzle of building an “organic photonic integrated circuit” or OPIC.

Generally, millimetre- to centimetre-long crystals were bent using hand-held tweezers. This method lacks precision and control. Also, the crystals used were larger than what was required for miniaturisation. 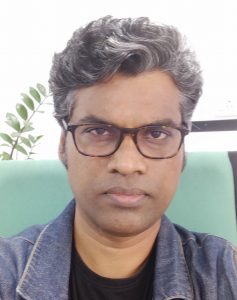 In 2014, for the first time, the group led by Rajadurai Chandrasekar of the Functional Molecular Nano/Micro Solids Laboratory in the School of Chemistry of University of Hyderabad, demonstrated that tiny crystals could be lifted and moved with precision and control using atomic force microscopy. They published the results in Angewandte Chemie. “We figured out that the atomic force microscopy (AFM) cantilever tip could be used to lift a crystal, as crystals tend to stick to the tip due to tip–crystal attractive forces. Subsequently, we demonstrated the real waveguiding character of the crystal lifted with a cantilever tip,” explains Prof. Chandrasekar.

Recently, the group has extended the atomic force microscopy technique to deliberately move, bend, slice or cleave and transfer (from one substrate to another) micro-sized waveguiding crystals, and the results were published in Angewandte Chemie. Not stopping with this, they have also shown how other crucial elements needed for nanophotonics can be developed using this technique. “Not only crystals but also polymer microcavities or microresonators (light-trapping elements) can be precisely manipulated to create photonic structures,” says Prof. Chandrasekar.

The researchers have named this technique “mechanophotonics” as this method can be used to generate the basic elements needed to build up a photonic integrated circuit.

Prof. Chandrasekar explains “We receive the macro-sized samples from our collaborators, we grow microcrystals suitable for mechanical manipulation with atomic force microscopy, and investigate the photonic properties in our Hyderabad lab. We have also been making these crystals in our labs.”

The field is in its infancy and the results are qualitative. The group next plans to fabricate high-density photonic circuits using organic passive, active and energy transfer mechanisms. “We believe that this futuristic area will gain momentum with the arrival of new molecular materials with exciting mechanical and optical attributes and improvement of the micro-spectroscopy techniques,” Prof. Chandrasekar says.

– With inputs from Prof. R Chandrasekar, School of Chemistry,UoH and article by Ms. Shubashree Desikan in The Hindu Newspaper dated 14 February, 2021.