To the success, defined by Bioquest 2016, the culmination to this grand event was realised by the cultural events, held at DST Auditorium, University of Hyderabad (UoH). The colourful rangoli that lead the way to the semi-lit room hit the ambience of a much awaited segment to the Research-fest, the cultures. The theme was a blend of “Women Empowerment and Cultural Diversity in India”, a perfect combination of the current scenario of the need of empowerment of women and at the same time the huge diversity of our country, one that we often tend to overlook.

The former was beautifully portrayed by a song and a dance piece in Bharatanatyam. Dances can speak volumes about the culture and lifestyle of a place and rightly so, the latter was an extravagant display of folk dances from the different states of the proud Republic of India. These covered the states of Punjab from the north, Goa from the south, Maharashtra from the west, West Bengal from the east and other important states like Jharkhand and Haryana.

Diversity in the true sense could be seen. Other grand performances of the evening included a beautifully sung ‘Rabindra Sangeet’ and a stand- up-comedy performance on what drives life and PhD in the School of Life Sciences. The grand finale was the Play Neurobali.

Neurobali was a skit inspired from the famous Telugu movie Bahubali. But unlike the movie, Neurobali had a scientific touch to it. Millions of fans of Bahubali still wonder – Why did Kattappa kill Bahubali? Who would have imagined that the students of Life Sciences would ask a similar question on PRIONS, proteins that cause deadly neurodegenerative diseases? The story begins with Dr. Prusiner addressing his students about the kingdom of Neurobali. Neurobali was a peaceful kingdom ruled by the Mother DNA. She had two sons, Neurobali and Protein X. Little Neurobali, Protein X, PrPc (Prionappa) and PrPSc were trained by the Chaperoguru. Chaperoguru was highly satisfied with Neurobali and his work. This led Protein X to envy him.

Neurobali was eventually crowned the king while Protein X was given nothing. An identical situation arose among the PrP twins. Prionappa was folding normally into α-helices while PrpSc was forming β-sheets owing to some mutations. The misfolding angered Chaperoguru. He refused to give the GPI-anchor to PrPSc. Prionappa becomes the head of the extracellular army of the Kingdom. The hate between the royal brothers as well as between the PrP twins takes an ugly turn when Protein X decides to seed a rebellious plaque in the cytoplasm of Nuerobali Empire. In the ensuing battle, Neurobali loses his entire army to the Apoptic terrorists. Yet he fights with valor as he had Prionappa by his side.

When Neurobali finally comes face to face with his brother, Neurobali gets stabbed from the back by none other than Prionappa himself. Why did Prionappa kill Neurobali? To know this answer perhaps we have to wait until “Neurobali part 2” to be staged during Bioquest-2017.

In this short ninety minute cultural event, which was coordinated by Dr. Sunanda Bhattacharyya, there was a lot to take home. It was one of the best and neatly organised events of this semester. The satisfied hearts wearing a warm smile as the crowd headed back to the Life Sciences for dinner was the moment that said, a job well done!!!

Ethnic hostility in India: A threat to Social Inclusion 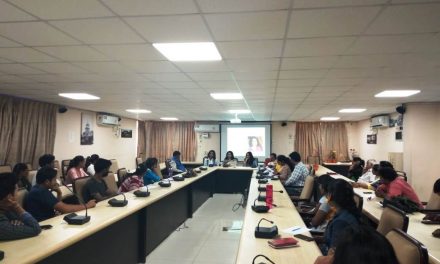 Protecting the Environment is need of the hour: R K Pachauri