The ninth Statistics Day celebrations were organised by the CR Rao Advanced Institute of Mathematics, Statistics and Computer Science (AIMSCS) and the University of Hyderabad (UoH) on 29 June 2015. Former Chairman of PM’s Economic Advisory Council, and Chancellor of UoH, Dr. C. Rangarajan, said that there is need of a good statistical system for the new State of Telangana. He further stated there would be issues resulting from division, but the new State has a great potential to tap into. Telangana has advantage of a vast number of academic institutions and the State should make full use of them, he said adding, “no other small State in the country has such advantage”.

Participating in the function the State Government Advisor, Shri A.K. Goel stressed the commitment on part of the administration to build world class institutions in the new state of Telangana. Dr. Allam Appa Rao, Director, CR Rao AIMSCS, said that the institute is carrying out projects assigned by agencies such as the Defence Research and Development Organisation (DRDO) and the National Technical Research Organisation (NTRO) in the field of cryptology.

Prof. B. Padmavathi, Dean, School of Mathematics and Statistics, UoH, was the Guest of Honour and spoke at the function. Prizes were distributed to winners of the Seventh Statistics Olympiad.

At the function, IT Secretary, Mr. Jayesh Ranjan said “In the emerging fields, we have decided to move early, and data analytics will be a key aspect in this. Carnegie Mellon University, US, has agreed to collaborate with us and MoUs have also been signed with some companies working in this field,” he said. As part of Digital India Week activities in July first week, the IT Department would be entering into partnership with CR Rao AIMSCS for measures to provide cyber security to government data of different departments. The soon to be announced new IT Policy seeks to be an early mover in the emerging fields such as Big Data and Cyber Security with a special focus on them, he said.

In recognition of the notable contributions made by Professor Prasanta Chandra Mahalanobis in the fields of economic planning and statistical development, the Government of India has designated 29th June every year, coinciding with his birth anniversary, as the Statistics Day in the category of Special Day to be celebrated at the national level. The objective of this day is to create public awareness, among the people specially the younger generation for drawing inspirations from Prof. Mahalanobis about the role of Statistics in socio‐economic planning and policy formulation. The Professor as he was known during his life time was the founder of the Indian Statistical Institute about eight decades ago. It played a major role in the development of statistics as a separate discipline of study and research and in helping the government in establishing a well-designed national statistical system. The Professor is truly the father of Statistics who put India not far from the Centre of the Statistical Map of the World.

The function ended with a Vote of Thanks by Dr P V S Anand. 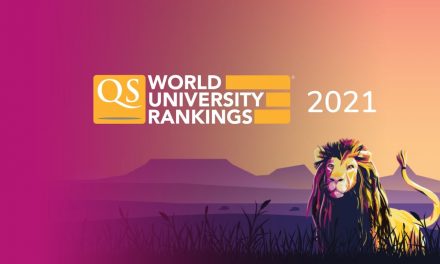