The National Service Scheme (NSS) students of the University of Hyderabad (UoH) have embarked on educating the society on the Digital Financial Literacy Campaign of the Government of India. The student volunteers have been given necessary instructions for the campaign by the Dean Students’ Welfare, Prof. P Prakash Babu in coordination with the NSS Coordinator, Dr. V Srinivasa Rao. Incidentally the Government of Telangana has firmed up plans of cashless transactions in the State. Recently Ibrahimpur village in the Siddipet Assembly constituency has become cashless, claiming as the first hamlet in south India to become so.

After the briefing on Vittya Saksharata Abhiyan (VISAKA), the NSS Coordinator with the volunteers have chalked out a detailed plan of action for VISAKA Digital Financial Literacy Campaign for various locations in and around the campus. Accordingly, three groups with minimum five NSS volunteers in each group totaling 15 NSS volunteers were put into action.

Group – 3, led by Mr. V. Harikrishna, covered the entire University campus. This group motivated all the shops, food courts, canteens including groups of students and group-4 employees in the campus.

The importance of Digital Economy and its implementation at root levels like a Gram Panchayat was discussed. The Students explained how the Digital Economy would curb many malpractices that exist in the present economic scenario. Pamphlets were distributed which contained diagrammatic presentation of Digital Economy.

The Officials and the public showed great interest in trying to understand the cashless transaction at a minimal level also. Some of the NSS volunteers spoke at an individual level in making the public understand the value of e-transactions and benefits of digital economy. 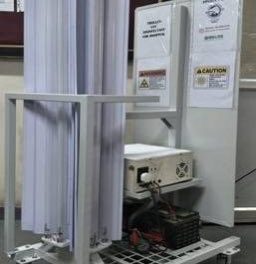