Predicament of the Rural

In his lecture titled Predicament of the Rural, Sainath stated that today, the economic system is increasingly getting organized in a way that promotes concentration of wealth and productive resources at the cost of common good. 2011 census has brought some new insights on table- the nation is witnessing higher level of migration even more than at the time of partition. More than 3000 towns have come into existence and it should be understood that it’s at the cost of substantial collapse of agriculture in those areas. Rural areas are facing crises and not only a single crisis. It’s crisis of hunger, crisis of health, crisis of livelihood, crisis of food, crisis of deskilling, crisis of water and so on. He mentioned that the society is facing not only a crisis of material crisis but also of moral aspect; it’s not only a socio-economic crisis and crisis of intellect but is also a crisis of soul and the society can’t sustain this level of inequality and injustice. The world has been running behind increasing growth for the sake of growth but this has not helped anywhere to uplift condition of poor people.

Agriculture is one of the largest occupation on the planet, and giant corporations control significant chunk of it, leaving farmers completely out of the loop. Stating that the farmers of the country are the sufferers, he further added that land is becoming monopoly of few people and broadly speaking this monopoly is also covering water and other resources. Failure in agriculture produce, mounting pressure of farm loans, decline in support resources are driving many of our farmers to get into distressed condition and many of them are committing suicides. Farmers have also been affected by massive and alarming level of distressed migration. It’s here where the Government of the State and Country must intervene and provide relief to them, said Sainath.

On various human development parameters, India is not doing well and it’s crucial to align developmental goals to ensure true welfare of people. He also emphasized that growing inequality is a major concern in democracy and our policies have mostly failed to check this. He mentioned that a set of systematic capitalist approaches have been able to compromise with idea of equality, democracy and people’s welfare:

Addressing the audience consisting of students, faculty, staff of UoH and guests from the city, Sainath stated that we need to look back at the original visions of our constitution drafters and should make sure that directive principles of state policy becomes the basis of our development planning otherwise we’ll continue facing compromise on our constitutional rights in the form of legislations such as RTE, Food Security Act etc that are primarily meant to truncate these rights.

He concluded his lecture with the mention that we can either have great concentration of wealth or the democracy but not both.

Palagummi Sainath is a journalist focusing on social problems, rural affairs, poverty and the aftermaths of globalization in India. Sainath was born into a distinguished family in Chennai. He is the grandson of freedom fighter, Indian National Congress politician and former President of India, V. V. Giri and the nephew of Congress politician V. Shankar Giri. Sainath was educated at Loyola College. His preoccupation with social problems and commitment to a political perspective began when he was a student in college. He is a history graduate of Jawaharlal Nehru University, Delhi where he was part of an activist student population. After receiving a Master’s degree in history, he launched his career as a journalist at the United News of India in 1980 where he received the news agency’s highest individual award. He then worked for the Blitz, then a major Indian weekly tabloid published from Mumbai, first as foreign affairs editor and then as deputy editor, which he continued for ten years. He has also been associated with the Hindu as Rural Affairs Editor. For the last twenty-five years he has been visiting faculty at Sophia Polytechnic’s Social Communications Media course and also at the Asian College of Journalism in Chennai, inspiring a whole generation of young journalists. 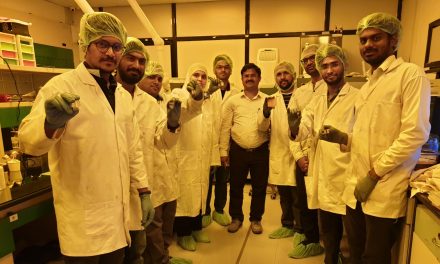 What brewed the mischievous ‘Us’