Prof. Garapati Umamaheswara Rao elected as President of the LSI

Professor Garapati Umamaheswara Rao is elected for the first time from the Telugu states as the President of the Linguistic Society of India (LSI). He has over 35 years of overall experience and also worked as Director of the Center for Applied Linguistics and Translation Studies at the University of Hyderabad. He was also a former President of the Dravidian Linguists’ Association and a member of the General Council, Kendra Sahitya Academy. His election as President of LSI gives new impetus to Indian linguists. Founded about a hundred years ago, today it remains the major contributor to the development of the languages of 130 crore Indians. 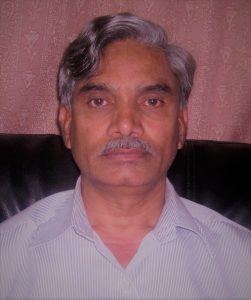 The society has a unique position not only in India but also in other countries. Every year the society organizes national and international conferences and seminars for research, training, communication, and applications for the development of Indian languages. Many eminent linguists from India and abroad participate in these conferences and publish research papers on Indian languages. Under the leadership of Professor Garapati Umamaheswara Rao, in the years to come, the LSI will be focusing on the issues of the conservation of the endangered languages, and nearly-extinct language of India, mother-tongue as a medium of instruction, the teaching of mother tongue, and the study of Indian languages, ​​in line with the National New Education Policy. Apart from this, Professor Garapati said that efforts will be taken to set up short term workshops in linguistics at various central and state universities to train teachers of Indian languages and to provide linguists about the latest developments in the field of linguistics. He was of the opinion that the Institute would give the highest priority to the development of Indian languages ​​and linguistics by the development of machine translation systems in Indian languages ​​to enable the revolutionary changes in modern communication.