Professor Rekha Pande of the Department of History, School of Social Sciences, University of Hyderabad was invited by the University of Santa Catarina in Floriana Polis, Brazil to deliver the key note address in a Conference on Gender Studies called “Fazendo Genero”.

The theme of this International Conference was on the different aspects of gender and there were nearly 5000 people attended. Her talk was on the “Challenges to Feminism in 21st Century: A South Asian Perspectives”.

One important aspect that Prof. Pande found very interesting was that during the conference many books were released on gender. The Conference organisers got all the people who had published books since the last Fazendo to come and introduce their books. This encourages the scholars and students, to be there the next time and introduce their book to the large audience.

This was an incredible experience, which I have not seen in India, said Prof. Rekha Pande.

Half Marathon with Airtel and Hyderabad Runners organised 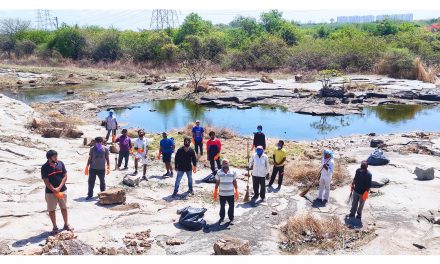 Our Campus-Our responsibility- Save Biodiversity