Shri Khan shared with the audience that while glancing through the Arthaśāstra, few years back, he found a mention in chapter related to the organisation of police and customs that they should work together in the best interest of the state. However, on his visit to the Rajiv Gandhi International Airport (RGIA), Hyderabad, he found the practice contrary to this; officials from excise department and police department used to work in isolation and this was responsible for unchecked smuggling. Once, these two departments were put to work in coordination, almost everyday smuggling cases are being effectively tracked and culprits are being put to the task; Hyderabad has become tough destination for smugglers today.

Shri Khan presented that Kautilya’s Arthaśāstra, an ancient Indian treatise on administration, economic policy, taxation, diplomacy, planning and other dimensions of statecraft, remains very much relevant in today’s world as well. The book beautifully describes ways of city planning to city administration; it has details about conducting periodical census of citizens and floating population, provision of civil amenities, setting up crafts and trade related activities along with custom offices in specific areas for efficient control and facilitation, conducive tax system, effective legal system and its implementation etc. It prescribes engagements of youth with guilds so that they can be trained and can be absorbed later; this was to facilitate proper skill building of youth, to check unemployment and to avail talent to the industry. It describes on maintenance of public sanitation and conservation of environment, forest and wildlife. The statecraft book has proper emphasis on facilitating business through various facilitations such as standardisation of weights, measures and coinage, security of merchants, issuance of advisories on various aspects such as safety during outbound visits, stamping of products, just taxation etc. A good portion of the Arthaśāstra is devoted in explaining how to maintain a strong diplomatic relation with other states. The book requires presence of a very good vigilance system to check corruption in public system. It also has sections that prescribe observance of probity in public life, pro-people conduct of the king, training of future kings etc.

Shri Khan mentioned that we need to keep the social setting, culture, positions of power centre etc. prevailing in those days while going through the Arthaśāstra. Principals are universal and can be relevant in different settings. One can always accept whatever is relevant today, can modify and accept those points where contexts are not same now and can reject points that are not agreeable. Some of the points that make the Arthaśāstra relevant today are followings:
1. Many of organisational structure prescribed in the book have been followed by rulers all over India for a long time. For example, taxing at the rate of one sixth of total output is prevailing even today in many ways. It has deep routed connection with our history.
2. Provision of facilitative business environment has been adequately emphasised in the book. Today, we’ve been working on implementation of single window system for various clearances with limited success. Similarly, issue of just and right taxing is being dealt now.
3. The book provides good laws and its full implementation. Punishments prescribed are fine, social service and imprisonment with dominance of first two. Today, we have very tough laws but, very poor implementation. This needs to change. With aid from the vigilance system, enforcement of even soft laws can evolve the system in such a way that it doesn’t give much scope for violation of laws, crime or corrupt practices.
4. Future leaders should be groomed to take challenges and manage the state. The book has mention of this aspect.
5. The book says that the king must be accessible to people and describes ways to do so. It’s equally relevant in today’s democracy.

Shri Khan told that the Arthaśāstra is a text about statecraft written in Sanskrit language and it’s not a religious text. Even with great relevance, this text is not being taught to our civil servant trainees; even it finds just passing reference in prescribed texts in disciplines such as history, political science, economics etc in our Universities and it’s quite surprising and concerning. We must make genuine effort to understand and adopt relevant points of this important statecraft book for a better administrative system.

Prof. JSR Prasad, Head, Dept. of Sanskrit Studies, UoH introduced the speaker. Prof. R. P. Sharma, Vice- Chancellor, UoH presided over. He mentioned that a huge repository of knowledge about various subjects is present in Sanskrit texts and it should be brought to the mainstream through various means such as translating them in present day’s popular languages. Prof. Panchanan Mohanty, Dean, School of Humanities, UoH presented that Sanskit has relation with Indo-European language family and is a window to peep into minds of our ancestors. Prof. Amba Kulkarni, Dept. of Sanskrit Studies, UoH delivered the vote of thanks. The lecture was well attended by the UoH fraternity and outside guests. 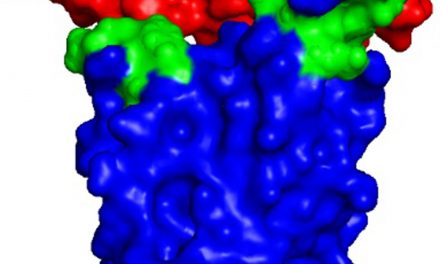 Specific regions in spike proteins of SARS coronaviruses are required to cause human infection: Study by Prof. Lalitha Guruprasad