Health Center, University of Hyderabad’s Doctor Anupama Row recently published a paper in ‘Scientific reports’ published by Nature Group on ‘Restoring Mitochondrial Function’ a study on diabetes along with other researcher from various fields. This was an ICMR sponsored work in collaboration with Dr Prasanjit Mitra (principal investigator), Dr. Anupama as principal co-investigator along with Dr. Ahmed from National Institute of Nutrition. Diabetes is rampant these days irrespective of age.

Kartheek Kumar from Department of Communication interviews Dr. Anupama Row on her work for UoH Herald.

How did you get involved with the team, which is working on ‘Restoring Mitochondrial Function’? How did you become interested in treating mitochondrial dysfunction?

My involvement: Being a pathologist, pathophysiology of disease has been of vital interest to me. As a doctor in the UoH, we have a fairly large population of diabetic patients, and when this proposal of research came my way, I was naturally interested since any inroad into pathophysiology of diabetes is important from treatment implication point of view.

Can you tell us about, Type 2 diabetes, which you asserted as “insulin resistance” hyperlipidemia?

Diabetes is a metabolic syndrome that is many a time aggravated by hyperlipidemia leading to aggravation of the diabetic condition and also lead to hypertension. Dyslipidemia, especially elevated serum cholesterol levels, aggravates not only cardiovascular risk, but the diabetic condition itself. According to Parekh et al, there are more than 55 million dyslipidemic diabetics in India, whose serum cholesterol and triglyceride levels are above permissible upper limits. As many as 5 million deaths in DM are due to cardiovascular episodes in diabetics.

In our study, we explored the relationship between fasting blood sugar and serum cholesterol on fasting glucose. The role of cholesterol homeostasis in maintaining adequate secretory response of insulin from pancreatic beta cells was studied. Glucose stimulated insulin secretion (GSIS) is an essential step in progression of diabetes. The result of our study documented that low density lipoprotein (LDL) and serum cholesterol have a linear impact on fasting hyperglycemia indicating their influence on the progression of disease from diabetic to pre-diabetic state. We developed a diet-induced hyper cholesterolemic rodent model as well as a cell-based model by treating BRIN-BD 11 pancreatic beta cells with soluable cholesterol.

Can you please explain your research work on Mitochondrial function in simple words (as you are aware our target audience may not understand too much medical jargon)?

Our study showed that excessive serum cholesterol causes it to accumulate within the beta cells of the pancreas, blunts the cellular respiration and compromises glucose stimulated insulin secretion. Also, we have provided evidences that pre-treatment with the small molecule M1( mitochondrial fusion promoter) stimulates mitochondrial respiration, restores the mitochondrial function and stimulates GSIS which was abolished in cholesterol treated pancreatic beta cells. Thus our studies furnished a novel role of M1 in preserving mitochondrial function and promoting cellular respiration thereby stimulating GSIS in cholesterol accumulated pancreatic beta cells. The observation may open up a novel therapeutic window for ameliorating hyperglycemia in patients having enhanced serum cholesterol and LDL as co-morbidities which aggravate the pathophysiology of patients suffering from type 2 diabetes.

Prof. B P Sanjay honoured for contribution to Media 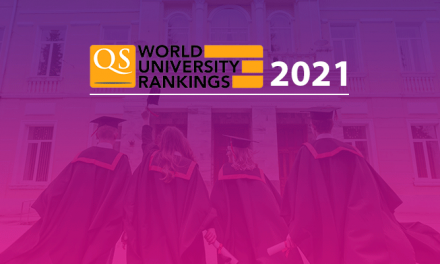