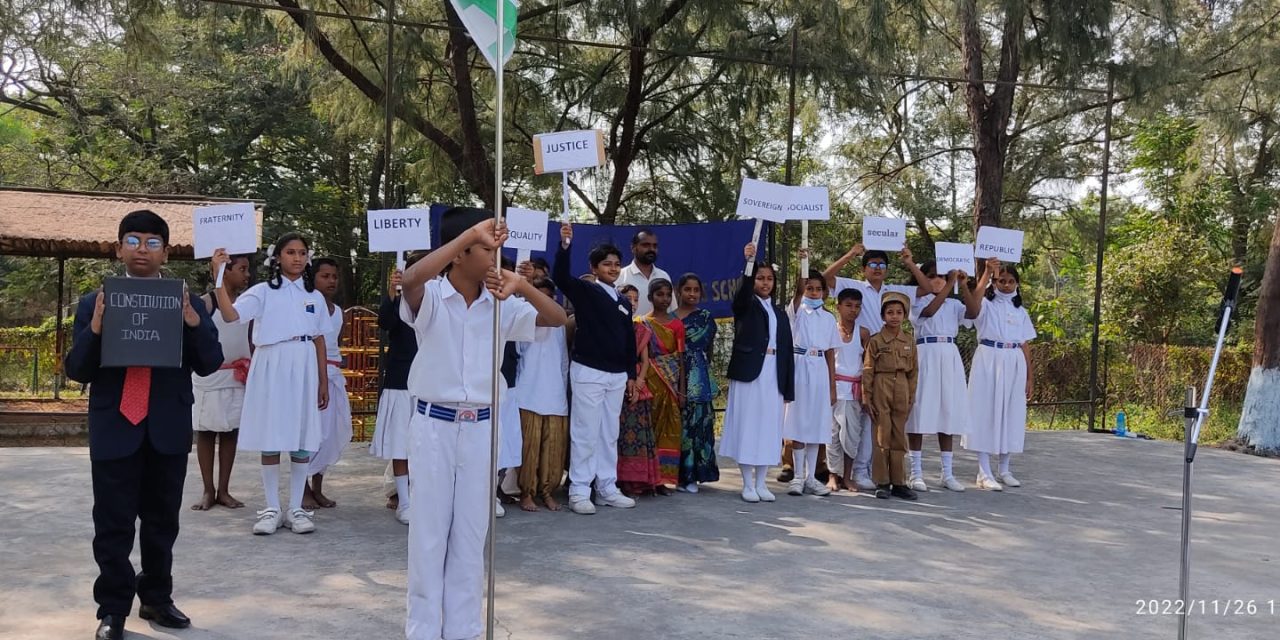 Constitution Day also known as ‘Samvidhan Divas’, is celebrated in our country on 26 November every year to commemorate the adoption of the constitution of India. As a part of the celebrations, the Campus School at University of Hyderabad (UoH) planned innovative activities to highlight and reiterate the values and principles enshrined in the constitution.

A special assembly was conducted at 10.30. a.m. to sensitize the students on responsibility towards the constitutional values, rights, duties and responsibilities of citizens. Students of class 6 presented a skit depicting the events leading to the drafting of the constitution. Glimpses of the pre independence era, the advent of the British and the freedom struggle were presented. The students were made conversant with constitutional values and fundamental principles of the Indian Constitution. Rich tributes were paid to Dr. Bhimrao Ramji Ambedkar, who played a pivotal role in drafting the Indian Constitution. Master Samuel Dev Kiran, student of Class 6 portrayed the role of Dr. B.R. Ambedkar to perfection. 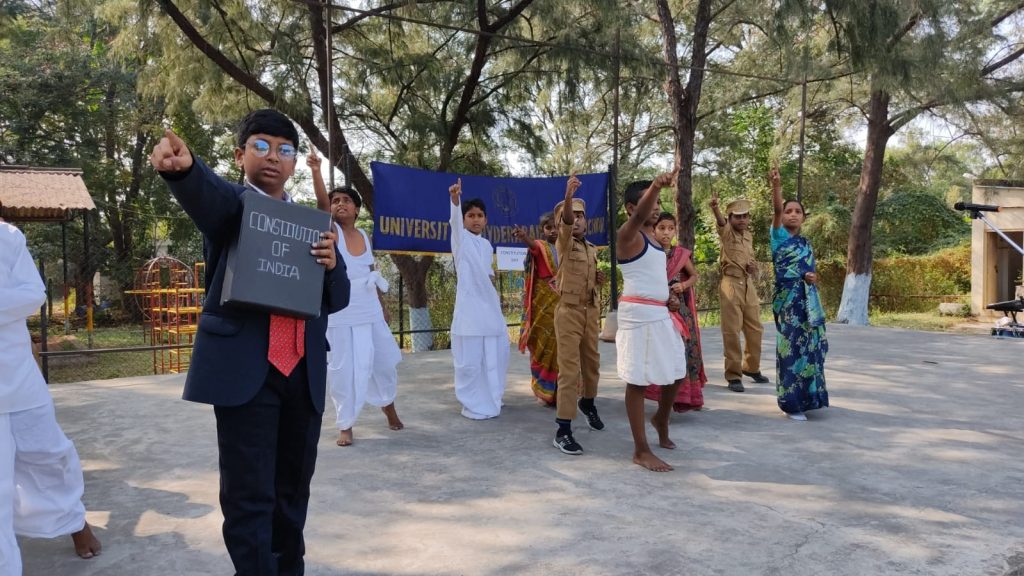 An important part of the celebrations was the reading of the Preamble and reaffirming our commitment to uphold it. Students and teachers read the Preamble at 11a.m. This was followed by a detailed explanation of the terms Sovereign, Socialist, Secular, Democratic and Republic.

The students were encouraged to participate in the online quiz on constitutional democracy. Students participated in the quiz with enthusiasm and receive certificates for their participation.