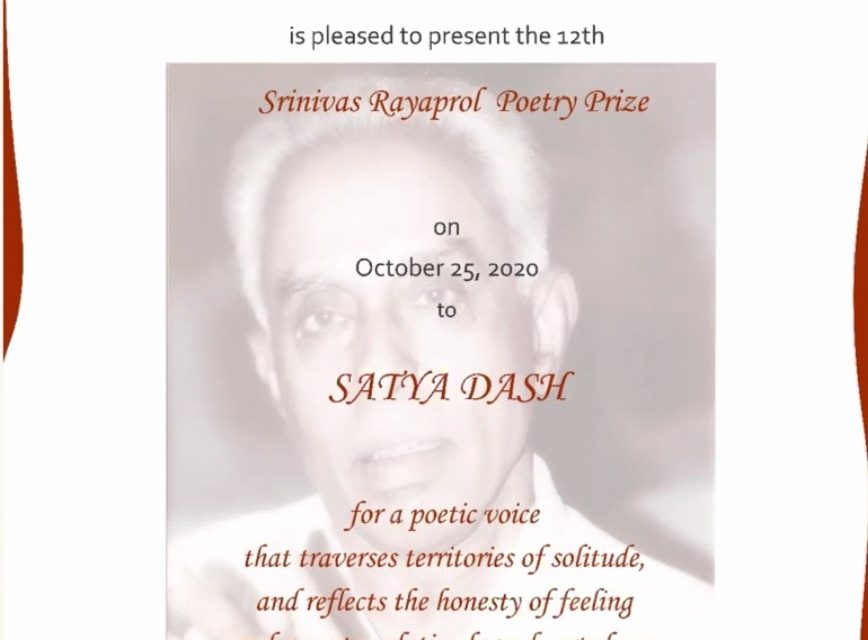 Satya Dash, a 29-year-old poet and independent artist from Bangalore won the 12th Srinivas Rayaprol Poetry Prize 2020. The winner was announced and presented with the citation in a virtual award ceremony on 25th October. A total of 180 entries were received from all over the country. The jury consisted of the well-known poet and writer Mamang Dai and two faculty members from the Department of English, University of Hyderabad.

Prof. Aparna Rayaprol, daughter of Srinivas Rayaprol moderated the event. Announcing the winner and sharing her experiences as a jury member, Mamang Dai said, “All the lines that I read are memorable. I enjoyed reading them. Sometimes, I even read them aloud.” She congratulated Satya Dash for his achievement. 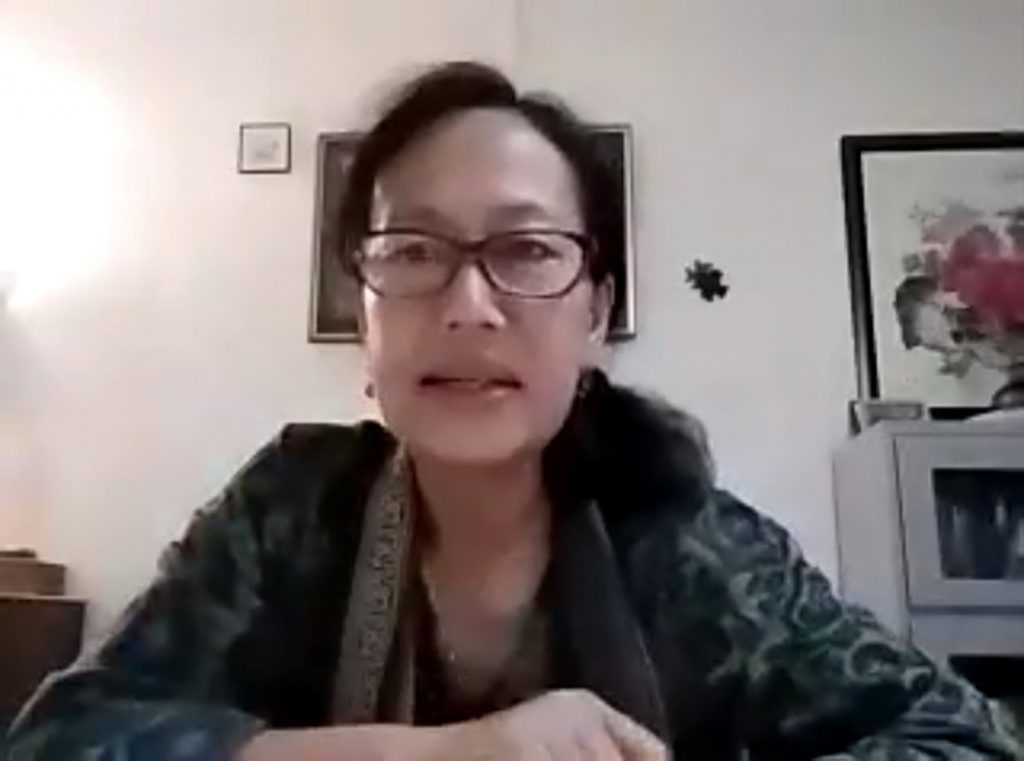 Though it was a virtual ceremony, there was no compromise on applause. When the time came, everybody unmated their microphones and clapped.

Satya Dash, who grew up in Cuttack, Odisha was primarily interested in prose writing. Initially, the idea of writing poems didn’t appeal to him. Narrating his turning point in perception, he says, “Once, while scrolling through my Instagram feed, I happened to read Kaveh Akbar’s ‘Calling a Wolf a Wolf’. And that changed the way I looked at poems.” He also read his award-winning poem ‘Neural Network’. 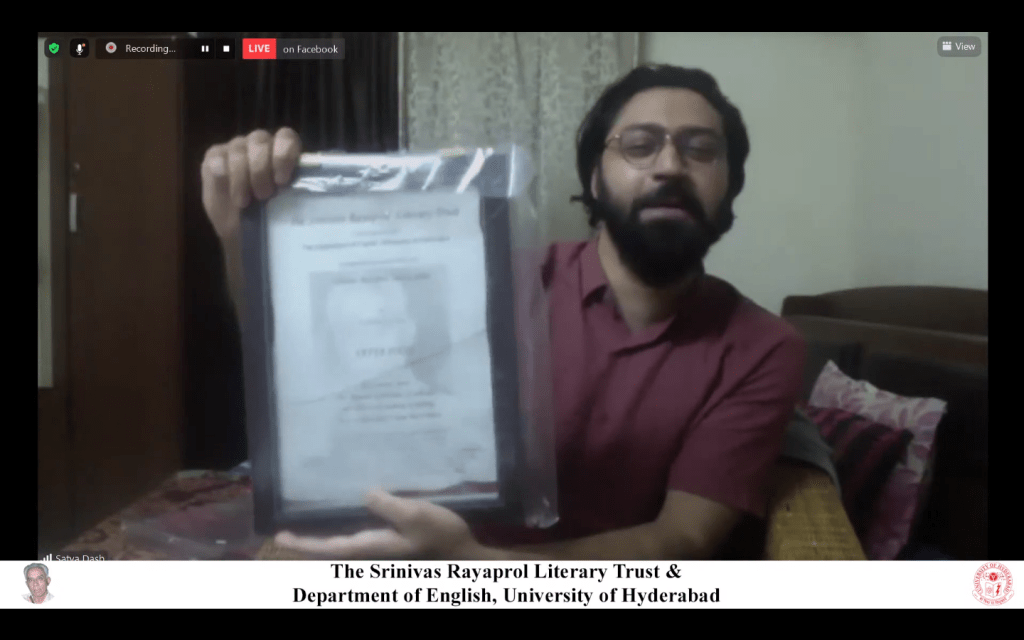 Satya’s poems have been published in Waxwing, Wildness, Redivider, Passage North, The Journal, The Florida Review, Prelude, The Cortland Review, Hobart, and Poetry@Sangam among others. He has been nominated for awards including Best New Poets, Best of the Net, and Orison Anthology. He has also donned the role of a cricket commentator.

Dr. Manorama Kanuri, another daughter of Srinivas Rayaprol extended the vote of thanks.

Other celebrities present at the event were noted poets like Keki Daruwalla, Sudeep Sen, Sridala Swami, one of the shortlisted poets Pervin Saket and Graziano Kratli, editor of some of Srinivas Rayaprol’s recent publications.

The Srinivas Rayaprol Poetry Prize, instituted in 2009 recognizes excellence in poetry writing in English in the age group of 20 to 40 years. It’s jointly given by the Hyderabad-based Srinivas Rayaprol Literary Trust and Department of English, University of Hyderabad. It was awarded to Prashant Parvataneni in 2019.

Video of the virtual award ceremony is below: