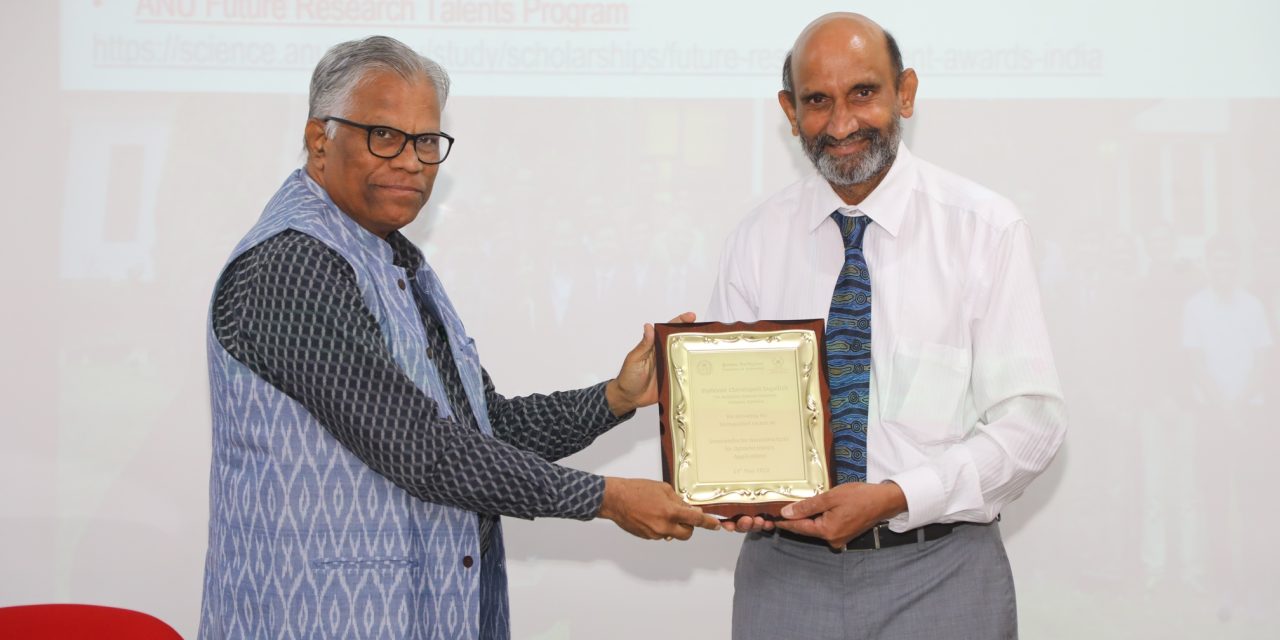 Professor Chennupati Jagadish of Australian National University delivered a Distinguished Lecture on the topic “Semiconductor Nanostructures for Optoelectronics Applications”, organized by the Centre for Advanced Studies in Electronics Science and Technology, School of Physics, University of Hyderabad on 13th May, 2022.

Professor Chennupati Jagadish is a Distinguished Professor and Head of Semiconductor Optoelectronics and Nanotechnology Group in the Research School of Physics, Australian National University and the Editor-in-Chief of Applied Physics Reviews (IF:19.162). He is a world-renowned scientist in the area of semiconductor nanostructures and a Fellow of 11 Academies of Sciences across the world. Prof. Jagadish is also recipient of Australia’s highest civilian honor, AC, Companion of the Order of Australia, for his contributions to physics and engineering and has been elected as the next President of the Australian Academy of Science, the first Australian of Indian heritage to be in this role. 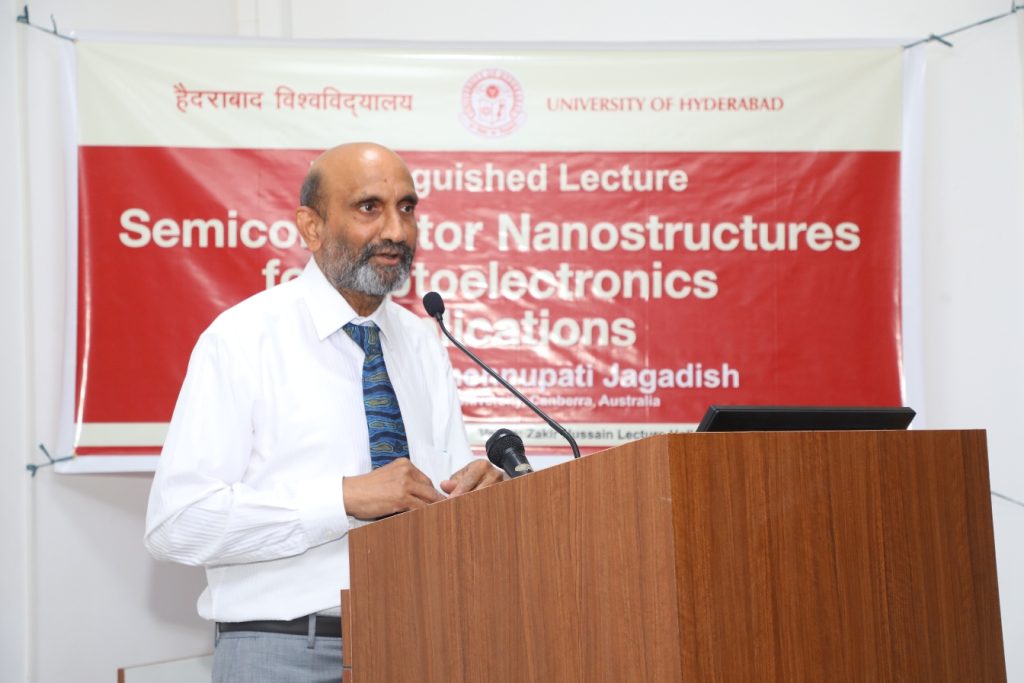 In a very lively interaction meeting with students and faculty members, Prof. Jagadish described how from his humble roots starting in a village near Vijayawada and receiving school education in Telugu, he has risen to become one of the most well-known scientists in his area. Prof. Jagadish motivated the students and said “sky is the limit” for anyone who worked hard, led a disciplined life and was confident even to take opportunities that appeared uncertain. He also stressed the fact that compartmentalization of different science disciplines was no longer justified and we were in a truly multi-disciplinary era. 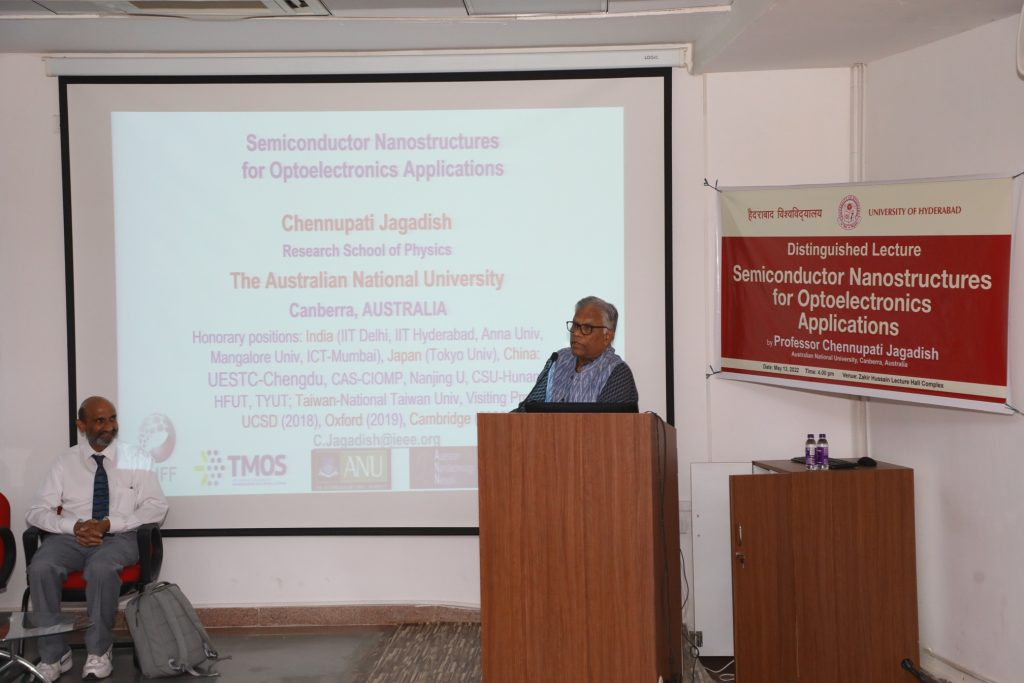 The Distinguished lecture was presided over by the Hon’ble Vice-Chancellor, Prof. B.J. Rao. In the lecture, titled “Semiconductor Nanostructures for Optoelectronics Applications” Prof. Jagadish presented an overview of a diverse range of applications of semiconductor nanowires and nanorods. The processes used to fabricate nanostructures were described in detail and their applications in light-emitting diodes, lasers, solar cells and photoelectrochemical water splitting to generate hydrogen were demonstrated. The highlight was the use of these nanowires as scaffolds for neuronal/ brain repair which is expected to have impact on diseases such as Alzheimer’s disease. Prof. Jagadish also stressed the importance of multi-disciplinary collaborations to achieve deeper understanding of many scientific problems. 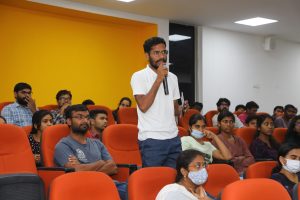 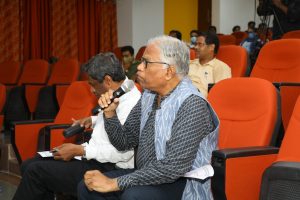 The lecture was followed by a Q&A session in which students and faculty members as well as the Vice-Chancellor participated actively.