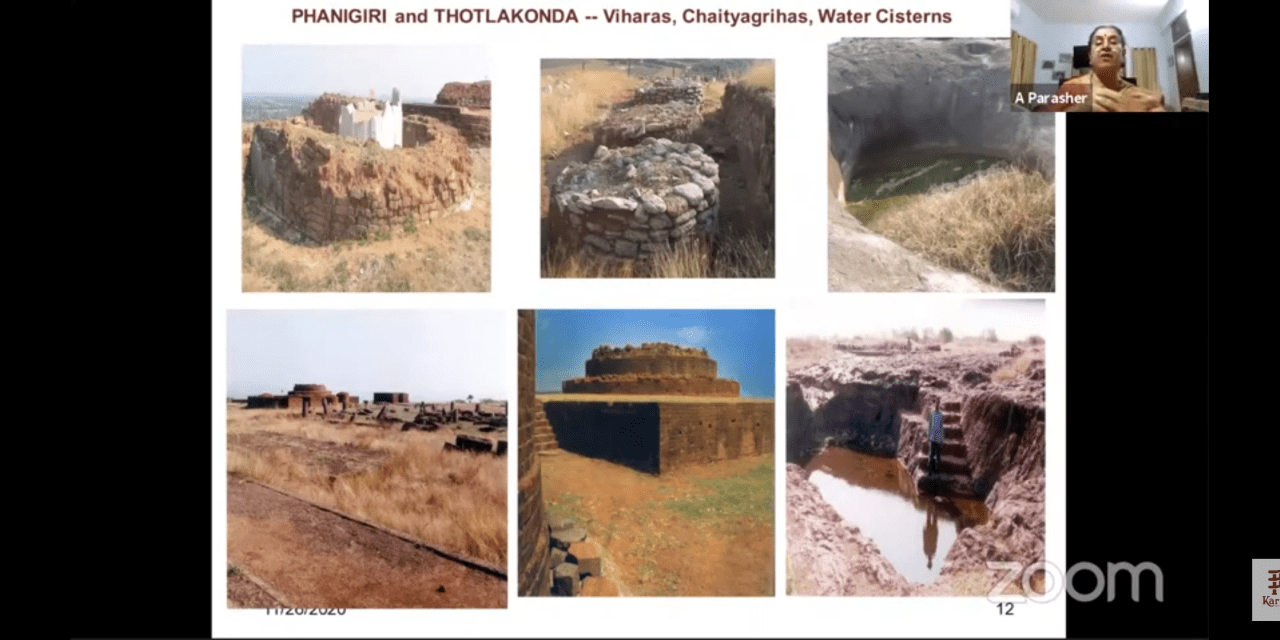 History for Peace and Karwaan – The Heritage Exploration Initiative hosted a book conversation on “South of the Vindhyas – Early Deccan Histories” with Professor Aloka Parasher Sen on November 26, 2020. This was based on her recently published book entitled Settlement and Local Histories of the Deccan.

Professor Aloka Parasher Sen has been teaching History at the University of Hyderabad since 1979 where, since 2018, she is Professor Emeritus in the Department of Sanskrit Studies. Her main area of research interest is in social history of early Indian attitudes towards foreigners, tribes and excluded castes and different aspects of the history and archaeology of early Deccan. Her major writings include Mlecchas in Early India (1991); Social and Economic History of Early Deccan – Some Interpretations (1993); Deccan Heritage, Co-Editor (with Harsh K. Gupta and D. Balasubramanian), (2000); Subordinate and Marginal Groups in Early India, (2007); Religion and Modernity in India (co-edited with Sekhar Bandhopadhyay) (2016) among others.

The point of organizing this conversation was to discuss regional, sub-regional and local historical tendencies that then define the whole region that has been identified as the Deccan. The aim was to move beyond linguistically defined modern regional entities that are only of recent origin and to argue that most regions are historically constituted differently, often with flexible boundaries. Emphasizing on looking at histories of small regions and localities, she stated, also enables one to move beyond mere dynastic histories, which in their aim to valorise the present, talk of great individual rulers and icons to then privilege only political history to justify similar tendencies in the contemporary.

Professor Parasher Sen started her conversation about the book by dividing it into three different parts: the why and the what of the book, the crux of what is there in the book and its interpretation, and lastly, throwing up some questions while ending the conversation by showing a few illustrations of the settlements that were discussed.

“For most of the people born and brought up in North India, there is very little that we know about regions South of Vindhyas. In 1993, I worked with my students and published a book – Social and Economic History of the Deccan: Some Interpretations – a schematic collection of papers emphasizing on understanding processes of historical change rather than merely recounting historical events. But primarily, the focus was to move away from the entangled question that most of the historians of the region were dealing with at that point of time, namely, locating and dating the ways powerful political dynasties had emerged. Unlike, the Ganges valley or the other southern regions, we do not have corpus of literary texts for the Deccan, though we do have inscriptions and so what we needed to do was to find archaeological evidence and then try to relate it with the existing inscriptions. In a sentence: this book is not a dynastic history of the Deccan, it is also not a descriptive book as it does not describe each and every aspect of Deccan history. Rather, it is a description of settlements and their interconnectedness and placing them within the larger forces of historical change that were not only confined to the Deccan but also to other contiguous areas.” She added.

Professor Parasher Sen continued, “What writing this book enabled me to do is questioning the simplistic labelling of history into a Hindu India or a Muslim India and very conveniently we never talk of a Buddhist India! Then the question to be asked is: what were the type of historical changes that were replicated in the Deccan, what was absent from these traditions and finally in what form did it emerge and where did it emerge. Scholars wondered why I considered writing a history of the Deccan and not treat it as part of a larger history of the whole of South India. While doing the literature survey for the book I noticed that as early as the late 19th century, one of the first histories of Southern India was the ‘History of the Deccan by R.G. Bhandarkar and not a history of South India, It was primarily the history of that part of the Deccan called Maharashtra. But one of the disturbing parts about this book was that having used a lot of Puranic and Vedic literature to define the Deccan it defined its inhabitants as the ‘Dasyus’ the people living beyond the borders. This comes from the famous reference the Aitareya Brahmana when the sage Vishwamitra cursed his sons to go and live in the regions on the borders. These early histories of the Deccan that began with such a negative perspective certainly had an impact on history writing of later times too.”

Moving to the second segment of the conversation Prof Parasher Sen elaborated on the crux of the book saying: “Unlike in north India where the Buddhist literature gives us lists of Janapdas and Mahajanapadas for the early historic period, in this book for identifying localities I took the cue from B. D. Chattopadhyaya’s explanation of Janapada like entities that he spoke about based on local coins and legends on them. The composite state of Andhra Pradesh’s archaeology department before 2014 was very active in the conduct of archaeological excavations and so also Maharashtra government and the efforts of the Deccan College, Pune. But still we do not have a systematic zonal data and so one is still having issues about how to use this archaeological data. However, the coins became very significant markers to identify different localities.”

She added, “My main argument is that these settlements highlight the way social groups establish networks between themselves. The most fascinating part was to look at fragments of information to explain these interactions and locate everything in a spatial context. The evidence was complex but it provided a window into understanding the evolution and sustenance of these settlements.”

Prof Sen continued explaining, “I have divided the structure of this book into three parts: Establishing the Terrain, Standing on the Particular and Accessing the Other. In the first part, I talk about the origin of the word Deccan and its physical characteristics.”

Showing the map of the Deccan, she explained, saying “The area of Deccan for my study was divided into four sub regions- The Western Deccan as A, the Central Deccan as B, the Eastern Deccan as C and the Southern Deccan as D. This division blurred the always changing political boundaries that other scholars had used and also blurred the modern day linguistic state boundaries. For instance, in the area B the core areas of habitations were around the mid-Godavari valley. In the immediate next chapter, I have focused on this locality and compared its sites with those in the lower Krishna valley. Now, what do we do with these descriptions? I used this data to explain processes of early state formation and how local polities emerged. In the following chapter I gave details of different types of urban settlements. Clearly, settlements that were only monastic settlements were different. I did one case study in Part two of the book discussing two recently excavated sites – Phanigiri and Thotlakonda to examine how these vihara settlements stored and managed their water for the use of monks on these hill top sites. Two other important settlements of Kondapur and Patancheru have been examined by me in some depth giving us vivid details of settlements around Hyderabad.”

Speaking about the last section of the book, ‘Accessing the Other’ Prof Parasher Sen said, “In this section I drew on contemporary creative writing and oral histories as well as inscriptions for the early medieval period to try and understand the texture of how people inhabited these settlements. For Nagarjunkonda I drew on a creative piece by Mulk Raj Anand and compared his account with early historical data. For Nanakaramguda, I used the oral memories of its inhabitants to reconstruct the way population inhabited this space and undertook their livelihoods before dramatic changes in the last two decades erased not only their lifestyles but also their resource base..”

“Putting in a nutshell,” she said, “In my multiple Deccan histories I have tried to move away from the narratives of the great dynasties and great monuments and looked at smaller units for historical understanding.”

The conversation ended with showing some photographs of the historical evidence left behind by people who had lived in various locations of the Deccan from Kotalingala and Dhulikatta to Phanigiri, Patancheru, Kondapur and Nanakramguda and from Thotlakonda to Nagarjunakonda, Amaravati, Vaddamanu and Shravan Belgola. 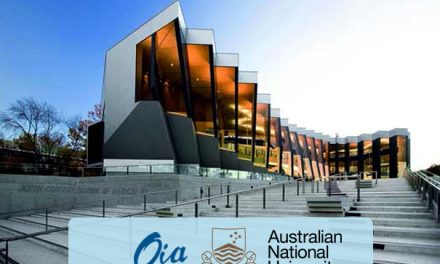