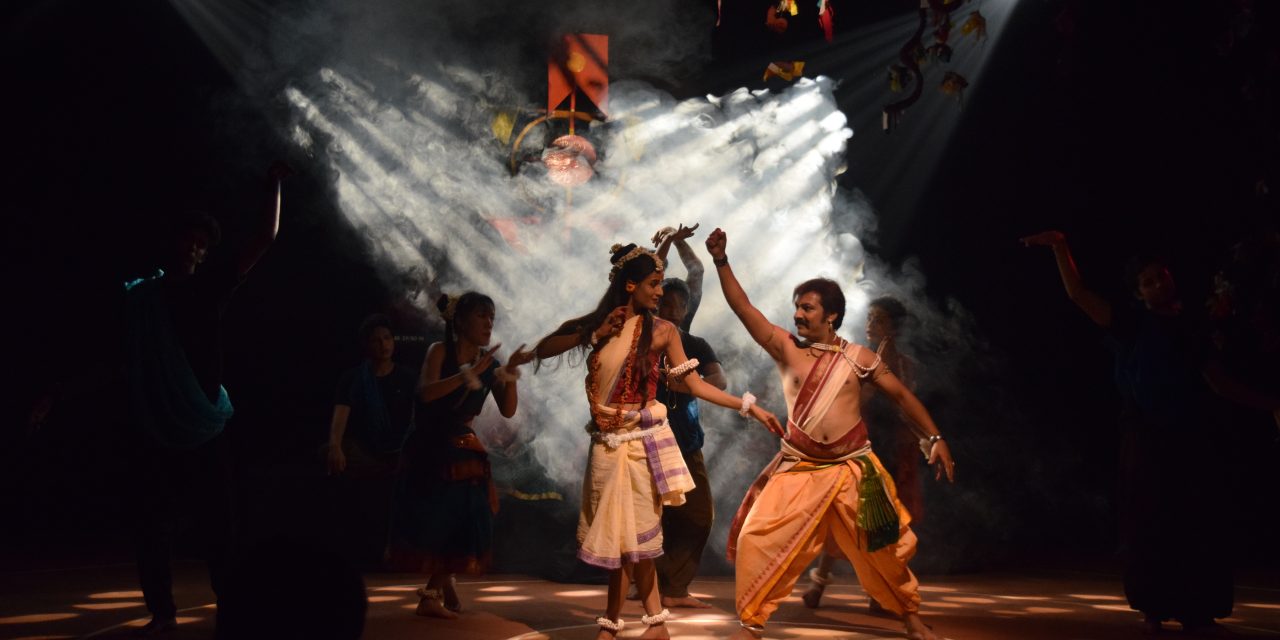 King Dushyantha comes running with a ring in his hand. He smiles seeing Shakunthala and gives her the ring. She takes it in her hand, looks at it for a second and returns it to the king. The audience is taken aback. Soon roars of claps fill the hall and the entire audience cheers the artists. The king drops down to the floor, sits with his hand over his head, pining over the loss of his lady love.

The students of the Department of Theatre Arts staged Kalidas’s famous epic Shakunthala on 1st and 2nd March, 2020 in the Gurubaksh Singh Hall of the university. Though most of it was in Hindi, the team also tried to incorporate other languages like English, Tamil and Malayalam through its dialogues. On both the days, the hall was filled and overflowing with people. Many people in the audience didn’t mind standing for the entire two hours of the play. 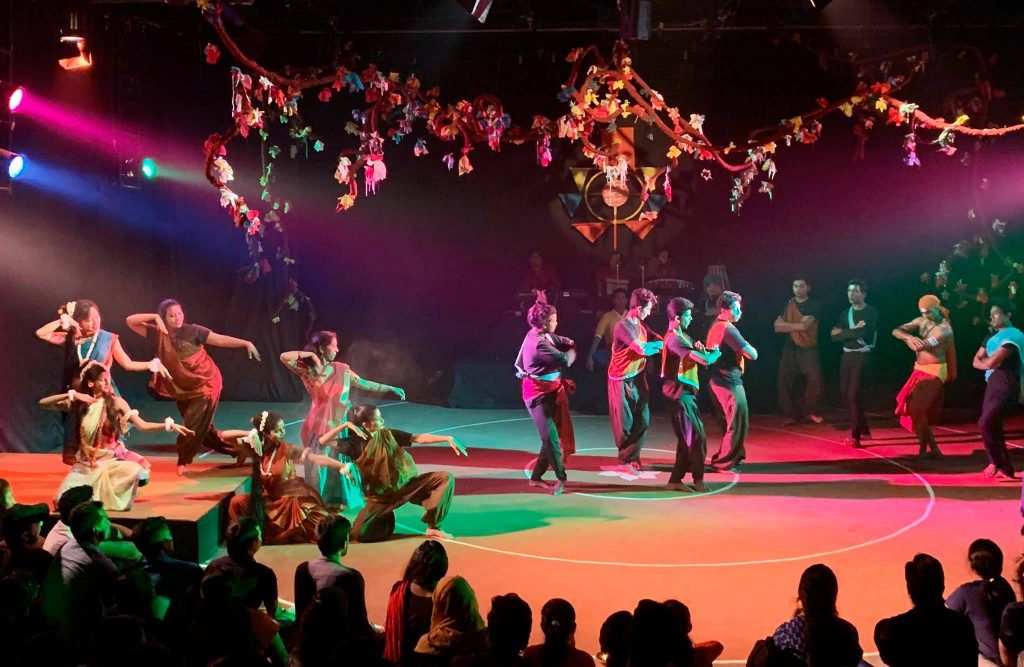 It was an attempt by the Department of Theater Arts to recreate and recentre Shakunthala in the present times. They depicted clearly that Shakunthala in contemporary times would not have accepted Dushyantha after being insulted by him so severely. 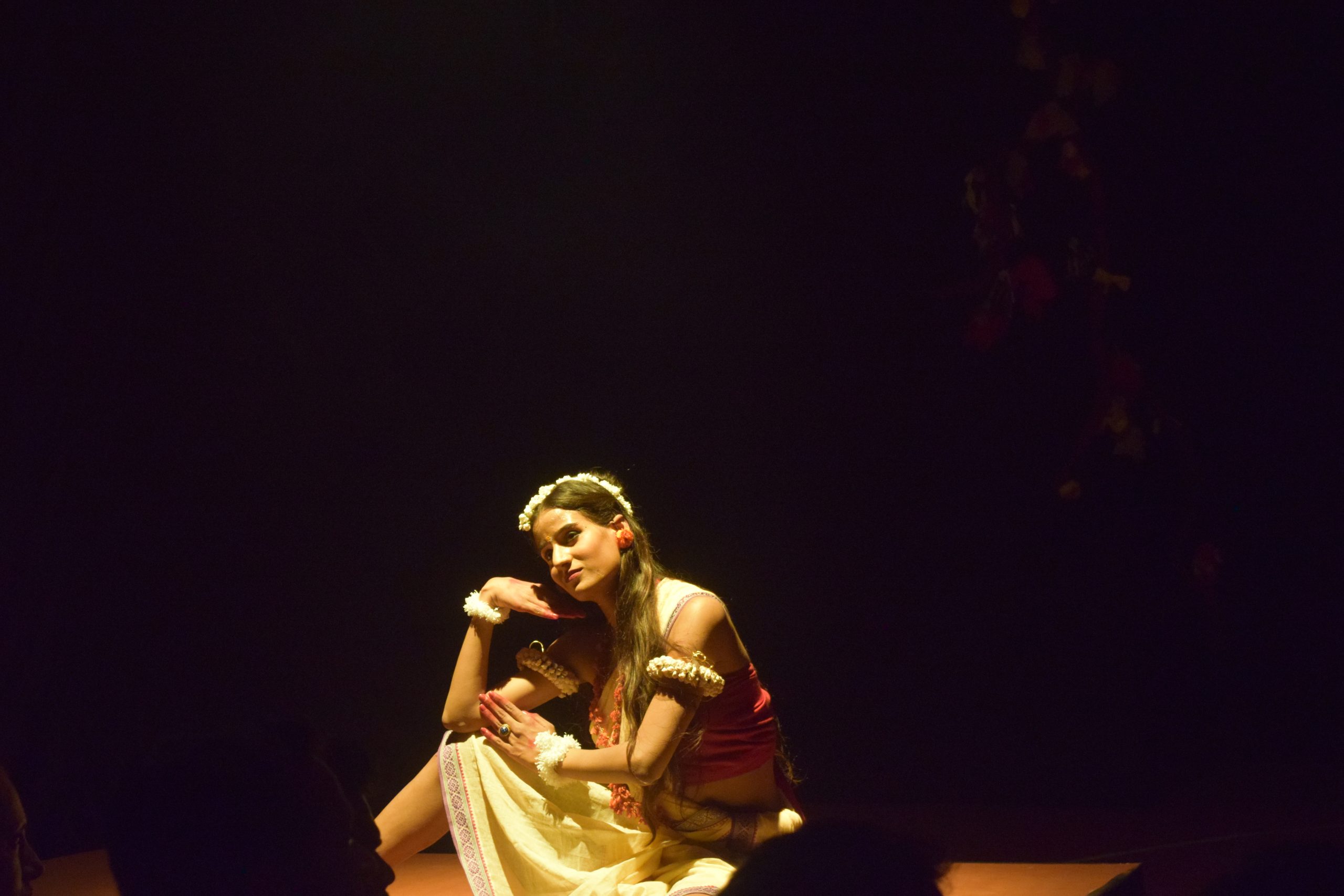 Prof. Satyabrata Rout, a faculty in the Theatre Arts department directed the play. Shalini and Kripesh from second year MA Theatre Arts played the roles of Shakunthala and Dushyantha respectively. The team practised for over a month. After the performance, Rout extended gratitude to all the people who worked behind the scenes to make this play a successful one. He expressed his pride and happiness when he shared his experiences working with the team. 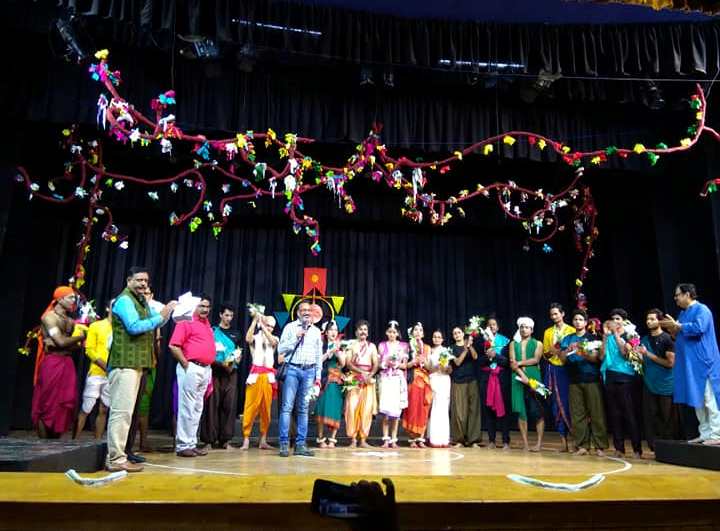