A coming back to a place that shaped the trajectory of one’s own life is a priceless and unexplainable experience. Meeting old friends who travelled in different directions and sharing the life experiences with them makes this coming back an unforgettable event.

On April 11, 2015 University of Hyderabad (UoH) hosted such an alumni reunion. A reunion of this scale was being planned for the very first time at the University. More than 500 past students had registered for this event. A large number of alumni from the various programmes of the UoH participated in the day-long event.

In the morning session the alumni visited their respective Schools/Departments and interacted with their former teachers, fellow students and the present batch of young minds that are ready to move into the outside world.

The alumni were welcomed back to the campus by the Vice-Chancellor Prof. E. Haribabu, Dean-Students Welfare Prof. P. Prakash Babu, together with faculty members from all departments.

The afternoon session was held in the well packed DST auditorium. In his inaugural address, the Vice-Chancellor emphasized the need for alumni to participate in developmental and social welfare activities of the University. “It is very much required to have our own students with us to do good things today,” he stated, emphasizing the need for them to come together.

The University now has been declared as the Best Central University and has received the Visitors Award from the Hon’ble President of India and it is our responsibility to ensure that we contribute to the development of Higher Education in the country. The alumni of UoH should be with the University and help in its development both academically and financially so that the University can progress to find a place among the Best 200 Universities in the world, said Prof. Haribabu.

Several alumni participating in the meet also shared their feelings. “It is great to come back to our campus and meet my old friends and teachers. It’s also a special feeling to meet some of the non-teaching staff who were so helpful to us when we were students here,” said Muhammedaly PP, who graduated with a PhD in Philosophy in the year 2003. He also did his MPhil in Philosophy from UoH in the year 1993.

For Varanasi Nagalakshmi friendships and relationships go beyond the boundaries of campus. “We were only 30 students in the ladies hostel during my post-graduation, and all of us knew each other. My roommates from mathematics and physics are my best friends even now,” she says. A 1984 passed out from School of Chemistry, Nagalakshmi is a short story writer, poet, and the author of books including Aasara and Oorvasi. “Good relationships are something University has given me,” She says adding that she is disappointed that not many people from chemistry department have come for the meet.

Those who found time to attend the alumni meet by taking a leave from their busy working and travelling schedules included G. Kamala Vardhana Rao IAS, Secretary of Tourism, Government of Kerala. He says that he is overwhelmed with campus memories “It was a great time studying in this campus. There had been a tremendous change in the quality of faculties over past few years.” However, he feels that there is a gap among students in terms of unity. “The societies have become polarized and so are the students today. It would be good if all the students could come together and fight for the better cause of the University,” he added. He was a student in Political Science Department in 1987.

Campus now looks very different for Thilotham R Kolanu, a 1989 batch political science student. “Life was in one corner then, and the campus was full of woods. Now campus has grown up,” he says. Presently he is the director of Greenstratos Consulting Private Limited, a Hyderabad based sustainable energy consultancy. He says that he used to know the names of most of the students at that time. Now things seem to have changed. People in the same hostel or department don’t know each other, he feels.

Addressing the gathering, Dr. Chigurapati Jayaram, the Chairman of Express TV, and the co-founder of Hemarus Industries, a reputed pharmaceutical company, recalled how active he had been during his tenure as General Secretary of the Students’ Union during 1983- 84. Taking proud in being an alumnus of the University, he says, “I feel great to be a part of the University which is another best university in India. The faculty and the library here are the best.” He also stressed the need to raise funds, especially for M.Sc. students, so that they get more exposure to the lab works.

Kishore Dutt Atluri, chairman and managing director of Zen technologies limited which is engaged in producing training simulators for defence applications addressed the audience by stressing the need for students to gain industry experience during academic period itself.This will make them ready to face the challenges of the industry.

Addressing the alumni meet, Vincent Benny, President of Students’ Union, suggested the authorities to conduct alumni meet every year on a fixed date. Quoting Dr. B R Ambedkar, Students’ Union President requested alumni to pay back to University for its upliftment and welfare. He requested those alumni who are legislators and bureaucrats to help University to get authority over University land. He also requested contributions for the improvement of infra structure and transportation. He brought to notice the illness condition of Nagaraju Koppula, an alumni and journalist working in the New Indian Express and requested the alumni forum to join in the fight for his cause. Nagaraju is suffering from terminal cancer and the Indian Express management has allegedly removed his name from the pay roll denying him any remuneration or medical assistance.

Dwaraka Tirumala Rao, Additional Director General of Police (ADGP) Crime Investigation Department (CID), Andhra Pradesh started his address remembering his initial difficulties in communicating in English when he got admission. He said that University education played a very important role in his life. “This is one of the two institutions that shaped me. Other one is National police academy” he said. Raising the issue of alienation of University land, he asked the alumni and university administration to work together to stop all kinds of encroachments.

Mallu Bhatti Vikramarka, MLA from the Madhira constituency of Telangana, was the guest of honor.He was the founder of the Alumini Association, UoH. He said that the motive behind the formation of alumni association is to serve the university and the society.“Two institutions help an individual to grow and achieve in life, one is family and the other is society. Through protecting the family we pay debts to it but, most of us never give anything back to the society. The objective of the Alumni association is to inculcate a feeling of doing something to the society through university.” He said.

He recalled the student initiatives under his leadership for the construction of hostels inside the main campus. “Any society which concentrates more on education will survive. The university is a great place, which created enormous human resources for the whole world.” Said Bhatti Vikramarka.

There were suggestions from former students related to facilities for alumni. Allowing library access to alumni was one of the main suggestions put forward by one of the alumni members.

The Alumni felicitated Mr. B. Pullaiah, the telephone operator of UoH. Dignitaries honored him for his role in making the event a success by making hundreds of phone calls to all the invitees. He was presented with shawls and bouquets.

The Meet saw the alumni retracing their memory lines by taking a stroll around the campus. Many of them found time to visit the popular landmarks like Mushroom rock and Peacock Lake. The smiles, hugs and togetherness the campus witnessed shows that alumni meet is not just an assemblage of old students, but a wonderful coming together of people from different walks of life to reminisce the great moments that they spent with their friends in the good old days. 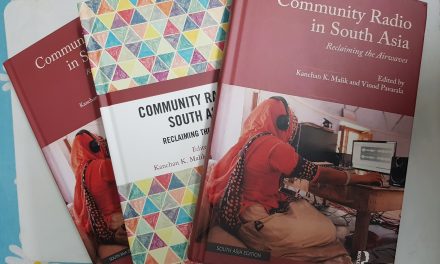