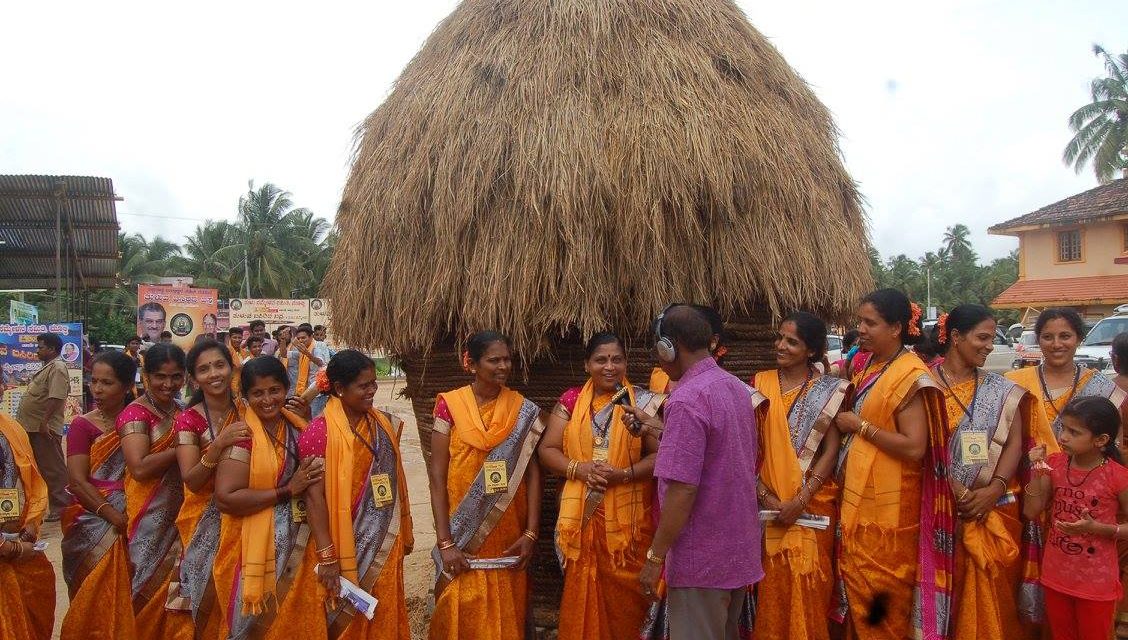 Prof. Kanchan K. Malik and Prof. Vinod Pavarala, both professors in the Department of Communication at University of Hyderabad have put together a manual titled, ‘Strengthening Gender-Sensitive Practices and Programming in Community Radio’. Published by United Nations Educational, Scientific and Cultural Organization (UNESCO) and the UNESCO Chair on Community Media, this manual is aimed at enhancing women’s participation and reducing gender inequalities in all aspects of the operations of community radio stations in India. 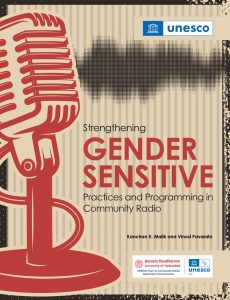 This gender-sensitivity manual is an outcome of the International Programme for Development of Communication (IPDC), UNESCO project granted to the UNESCO Chair on Community Media at the University of Hyderabad, India. The overarching purpose of the manual is to foster and reinforce the best practices, policies, and programming concerning gender in community radio (CR). The use of gender-sensitivity manual by CR stations could contribute significantly to the achievement of key targets of the Sustainable Development Goals (SDGs), especially Goal 5 that seeks to “achieve gender equality and empower all women and girls.”

The making of the manual:

The production of this manual was a multistage endeavour. It started with a rigorous desk review of the existing gender sensitivity literature as well as Indian and international CR policies with respect to gender issues and engagement of women. This helped identify crucial areas and themes for this manual to cover.

In keeping with the participatory approach that the team at UNESCO Chair on Community Media follows for all projects, visits were planned to five CR stations in different parts of the country to interview key personnel and the community members and to study women’s roles and activities in their operations. However, owing to travel restrictions imposed by the pandemic, these meetings could not take place in the year 2020, except at one station which the authors managed to visit prior to the outbreak.

The IPDC project team waited for the pandemic to end, but as there was no respite in sight, they resorted to online focus group discussions with the CR stations. These stations were selected based on their durable experience of working with women and on gender issues. They engaged with the team in intensive conversations about their gender equality and mainstreaming practices and the steps taken by them to promote gender sensitisation at various levels in their organisations. These inputs, enriched by their on-ground experiences, helped in finalising a draft of the gender sensitivity manual.

The draft manual was then peer reviewed with gender experts, and simultaneously presented at a consultative and validation workshop (C&V workshop) to 25 members from 10 selected CR stations from across India that focus on gender in the workplace and balanced portrayal of women and men in their content. This workshop incorporated horizontal sharing of ideas among the project team, experts, and CR station staff (both men and women) to obtain feedback and validate the suitability of the manual for fostering gender sensitivity.

The consultations helped in finalising the manual, which incorporates highlights of the discussions from the FGDs as well as the C&V workshop in the form of boxes in each chapter. Once the gender sensitivity manual was ready, the project team organised a dissemination and capacity-building workshop to release it and to sensitise 20 CR stations about the content of the manual.

The manual has three sections. The first section is titled, ‘Gender and Media – Preliminaries’ and consists of four chapters. The first chapter, ‘Understanding Gender’ discusses the concepts of gender, gendering, and patriarchy, and points to the importance for CR practitioners to understand the gender dynamics within the radio station. The second chapter, ‘Acts and Conventions’ discusses international policies and conventions as well as national laws and acts which have been formulated to uphold the founding principles of women’s human rights and guide gender equality work. The third chapter on ‘Sexual Harassment and Workplace Safety’ underlines that CR stations must implement the right to protection against sexual harassment as a step towards providing women, the right to work with dignity. The fourth chapter, ‘Gender, SDGs and Community Radio” outlines how CR stations can play a role in achieving Sustainable Development Goals (SDGs) and gender equality.

The theme of the second section of the manual is ‘Community Radio – Shaping Change’ and looks at gender equality and inclusivity in CR. It comprises the fifth, sixth and seventh chapters of the manual. The fifth chapter considers ‘Gender Balance in Listenership and Volunteering’ and makes recommendations to rectify the gender-based imbalances in listenership patterns within the community. The next chapter, ‘Equal Opportunities for Capacity Building and Production’ deems it obligatory for CR stations to facilitate capacity building and enhance women’s involvement in content development. The chapter on ‘Gender Equality in Decision-Making and Management’ identifies women’s participation in decision making as vital for their representation in ownership and management of CR stations.

The final section of the manual deals with ‘Community Radio and Gender – Responsive Programming’ and includes chapters dealing with three different dimensions of content production. Chapter eight centres around ‘Content for Gender Parity and Social Change’ and makes a pitch for CR stations to uphold diversity and gender justice through their content. The nineth chapter focuses on ‘Addressing Gender Stereotyping and Insensitive Portrayal’ and how CR stations must play a fundamental role in challenging sexist representations that perpetuate gender inequalities and stereotyping. The final chapter contends with ‘Using Gender-Inclusive Language’. It calls for a shift towards non-discriminatory and gender-neutral linguistic practices and to make a conscious effort not to use language that stereotypes, excludes or demeans anyone. 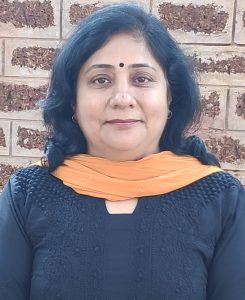 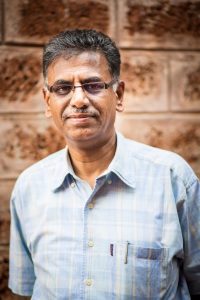 Vinod Pavarala is Senior Professor of Communication and holds the UNESCO Chair on Community Media at University of Hyderabad, India.