The obesity-diabetes association: what is different in Indians?

Dr. G R Chandak mentioned about rapidly rising prevalence of Diabetes in India. He said, “India is today a capital of diabetes, as well as of malnutrition in children under the age of five. Indians get diabetes at a lower basal metabolic index (BMI) compared with Europeans and what is more, central obesity was more predictive of diabetes than generalized obesity”. He postulated that genetic susceptibility of Type 2 diabetes and associated intermediate traits such as obesity and insulin resistance may be differently regulated in Indians. Genes (TCF7L2, FTO) are indeed associated with Type 2 diabetes in Indians but the effect is independent of obesity. He observed that new-born Indian babies, who are thinner than European babies, have a higher body fat percentage and maternal vitamin B12 deficiency and high folate status program offspring adiposity and insulin resistance. He concluded that more research on this aspect is needed to explore scientific evidence to formulate public health interventions to prevent diabetes. 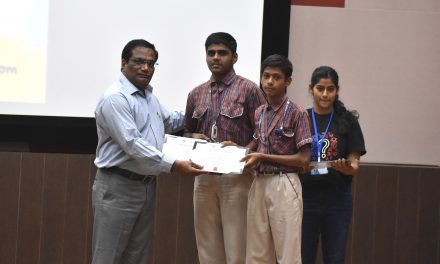