‘The Strange case of Dr. Hayek and Mr. Hayek’ captivates the audience

As part of the ongoing series of lectures, Prof. Mark Lindley delivered his second lecture on ‘The strange case of Dr. Hayek and Mr. Hayek’ on 5 September, 2014 at the School of Economics, University of Hyderabad (UoH).

Prof. Mark Lindley has published a number of papers and books on Gandhi, Kumarappa, modern Indian history and musicology. An avid traveler, he has delivered quite a number of lectures at universities, schools and colleges around the world. He is presently delivering a series of lectures at UoH.

The two hour presentation covered various aspects of Hayek’s personality and also brought out the comparison between him and Keynes, another famous economist. Their differences and points of view were cited by Prof. Lindley that was hitherto unknown to the audience. He mentioned about Hayek’s famous book ‘Road to Serfdom’ in which he argued that the extension of central planning is the start of the growth of constraints on individual liberty, which inevitably leads to the emergence of tyrannical regimes, both communist and fascist in nature. The book challenged many of Keynes’ new economic theories, particularly on what government ought to do during depression. He also talked about incidents like Hayek’s first visit to the famous London School of Economics.

The lecture highlighted the split personality of Mr. Hayek. One the one hand, he was truthful and on the other, he was inflicted with hatred and resentment. His personal life was also touched upon by Prof. Lindley.

According to Prof. Lindley, the case of Hayek is curious. He acts like Dr. Jekyll when he wishes to reveal the truth. The lecture captivated the audience and made them ponder upon the character of Hayek. 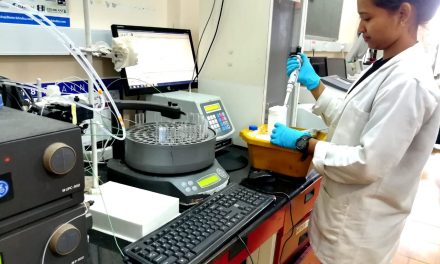