The Warrior Queen who died thrice: Gender, Sovereignty and Islam in Premodern India 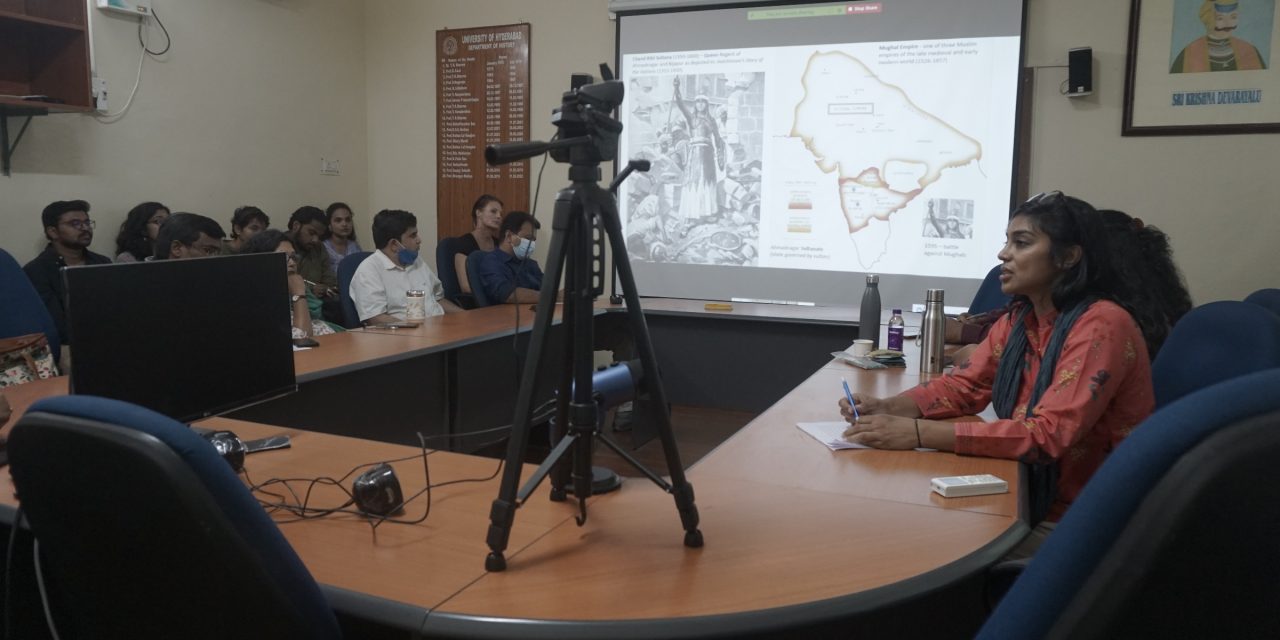 The Department of History of the University of Hyderabad restarted its guest lecture series on April 21, 2022, with a lecture by Dr. Sarah Waheed, Fulbright Scholar and Research affiliate of Davidson college, North Carolina. In the lecture titled “The Warrior Queen who died thrice: Gender, Sovereignty and Islam in Premodern India,” Dr. Waheed delved into the life of Chand Bibi Sultan, the female ruler of the Deccan Sultanate.

Throughout the talk, which was held in blended mode, she painted a contrasting picture against the popular narrative of viewing female rulers as mere accessories to their male counterparts. 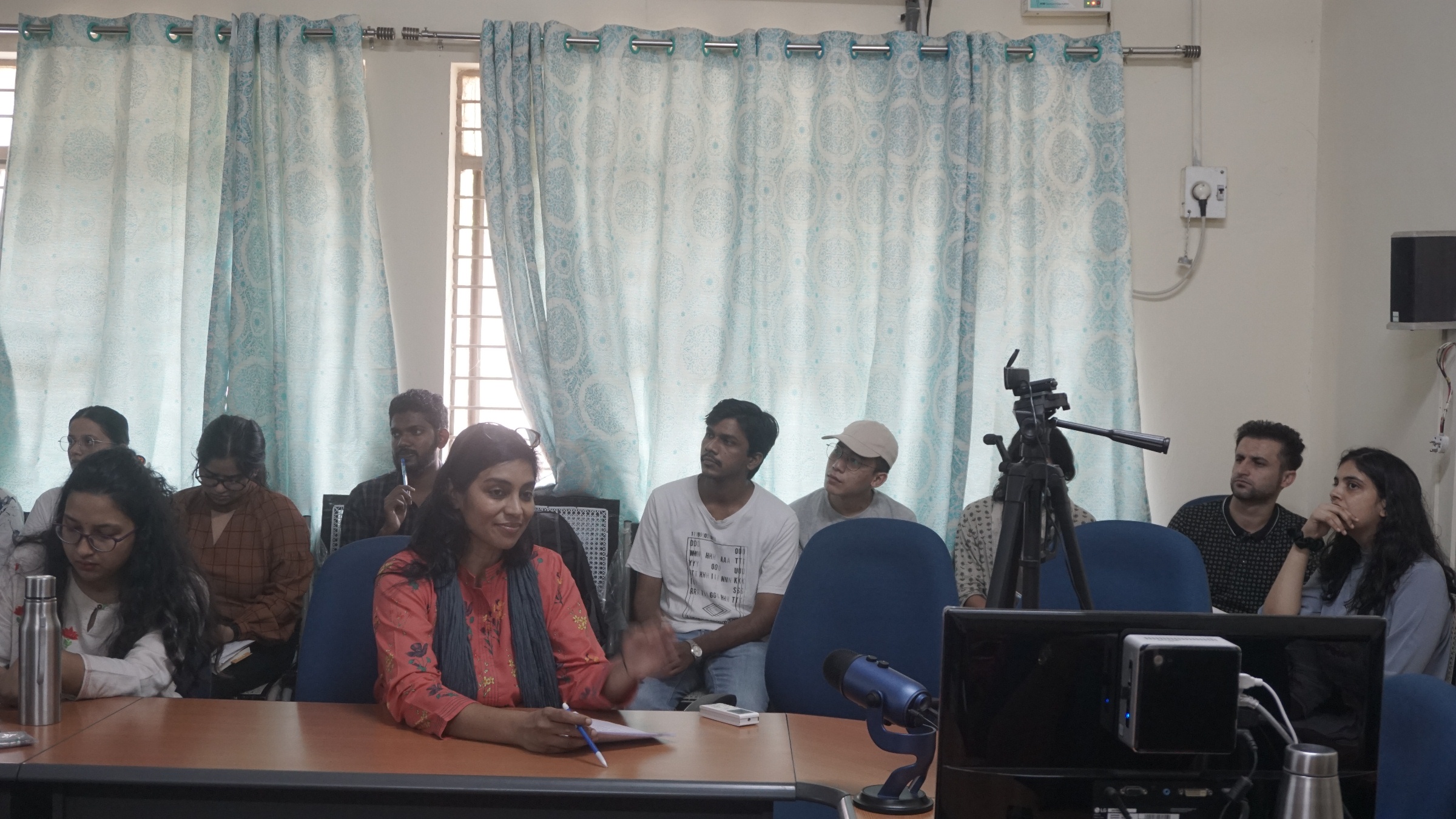 “Women like Chand Bibi have often been obscured or repurposed for modern colonialist and nationalist imaginations. Muslim women of medieval and early modern India were crucial to statecraft, to politics and everyday life. But they continue to be largely left out of history,” Dr. Waheed said.

Indulging the audience with a mini biography of Chand Bibi, Dr. Waheed also placed Bibi’s life story against the backdrop of the developments of the Deccan Sultanate during the 15th and 16th century.

The talk also threw light upon multiple historical recollections of Chand Bibi’s death. Interestingly, one of the retellings of her death involves her escaping through an underground tunnel along with other members of her harem. Many residents of Ahmednagar still believe in this narrative, according to Dr. Waheed. 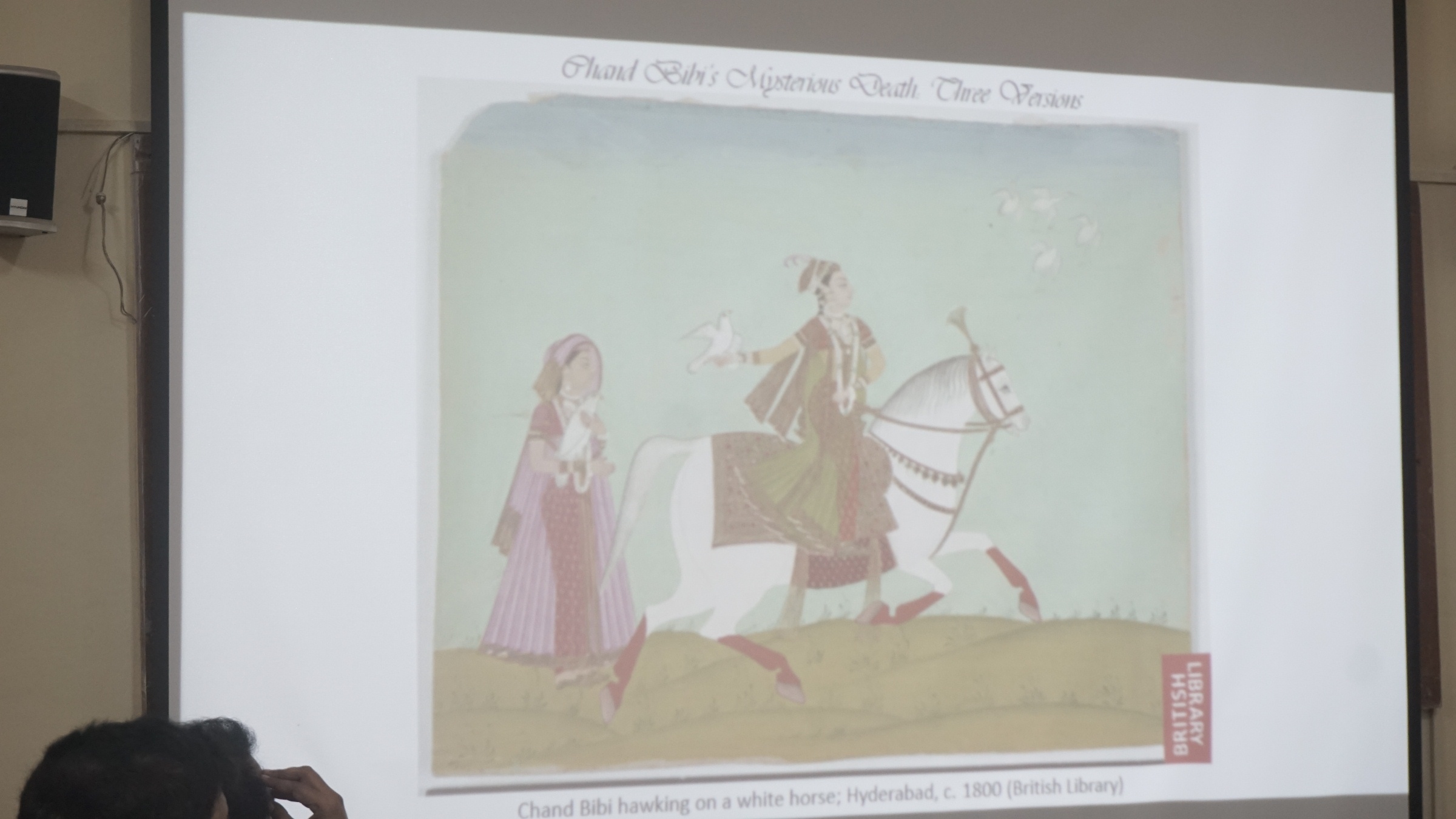 Touching upon the many ‘afterlives’ of the queen, Dr. Waheed explained how latter representations of Chand Bibi evolved into domesticated and veiled depictions of her, a stark departure from earlier portraits showing her riding horses and hunting.

Dr. Waheed ended her talk emphasizing the fact that the historical foundation for women’s political independence, leadership and legitimacy predates colonial rule. But to tell such tales, historians should follow the clues that have been left for them by the past.

The nearly-90 minute lecture saw the presence of students and faculty of the History department and had ample participation from other departments of the University. 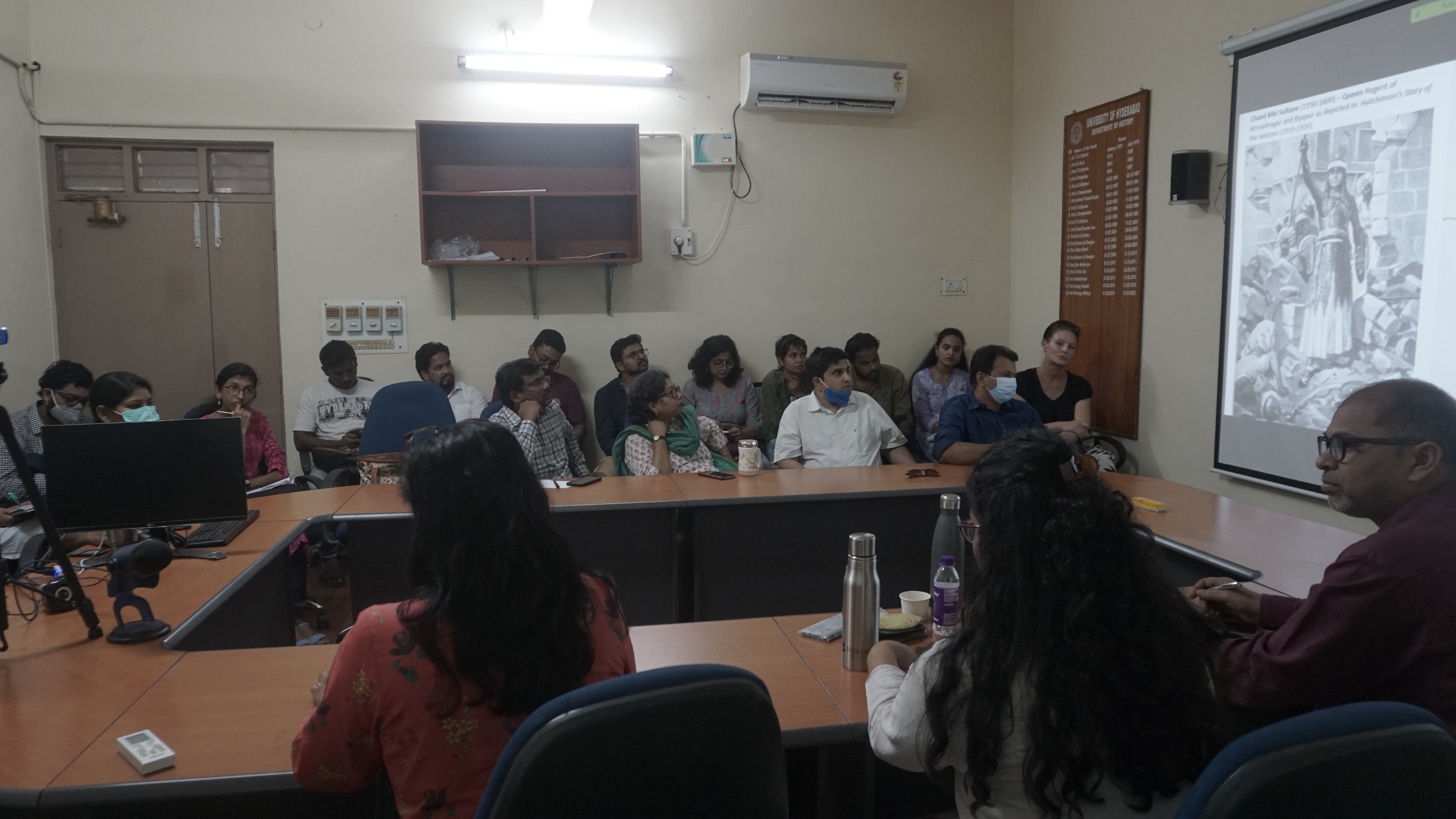 The session ended with an extended applause, followed by an enriching question-answer session, during which both faculty and students asked questions. The event culminated with a vote of thanks by one of the students, who thanked Dr. Waheed for her valuable inputs on the untold history of India.